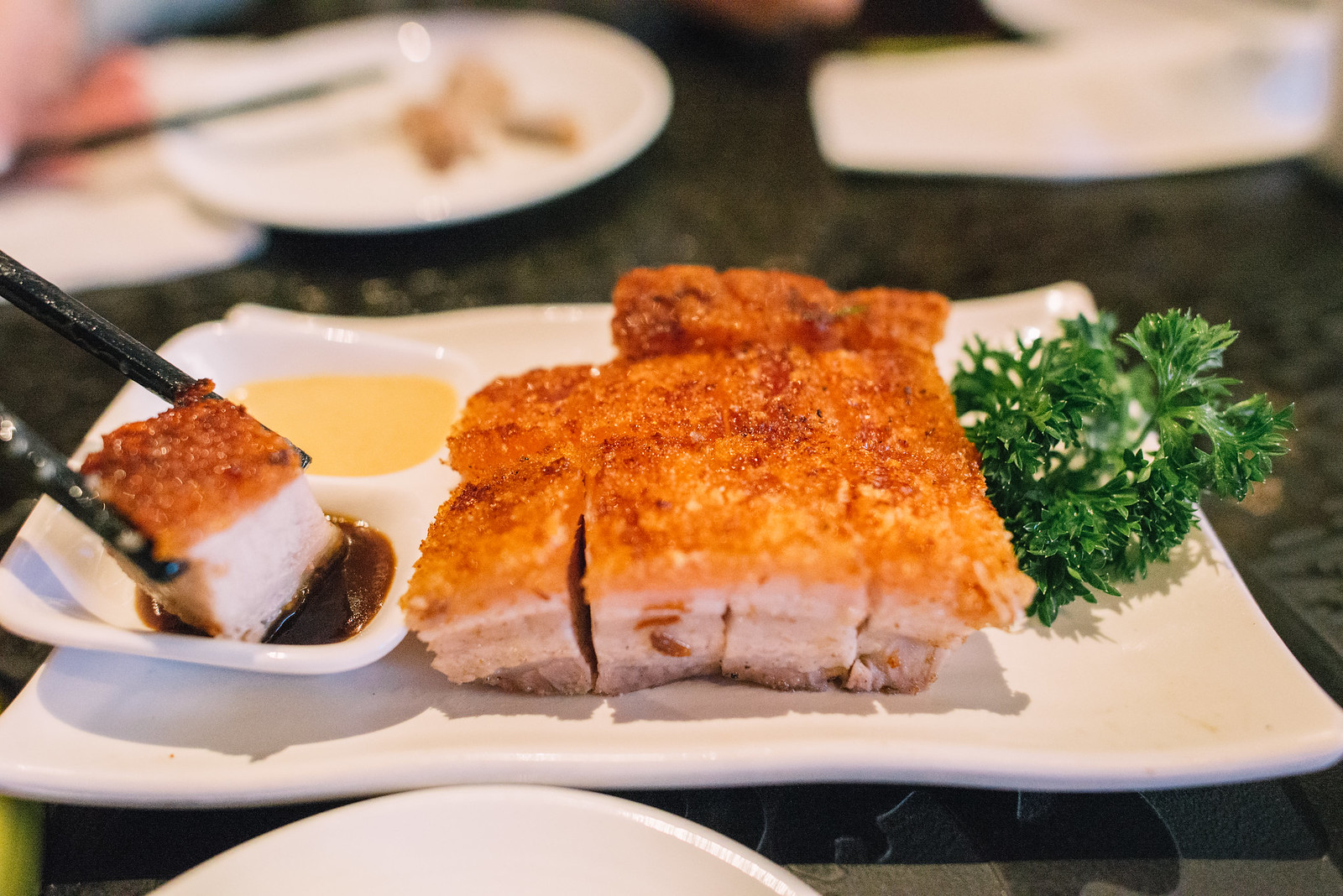 Crispy roasted pork with two sauces. This is the bar.

It’s been a couple days since I’ve blogged, so there’s a ton to catch up on. I have plenty of content to postâ€”stay tuned this week… there’s some good stuff to share.

On our last episode…

The last time I went to Dragon Beaux, it was with Sol and some of his friends. I posted pictures on instagram, and I think it sparked Annie’s interest. I can certainly say that this is probably one of the best places for dim sum, if you’re willing to pay. We ended up spending about $30 per person. 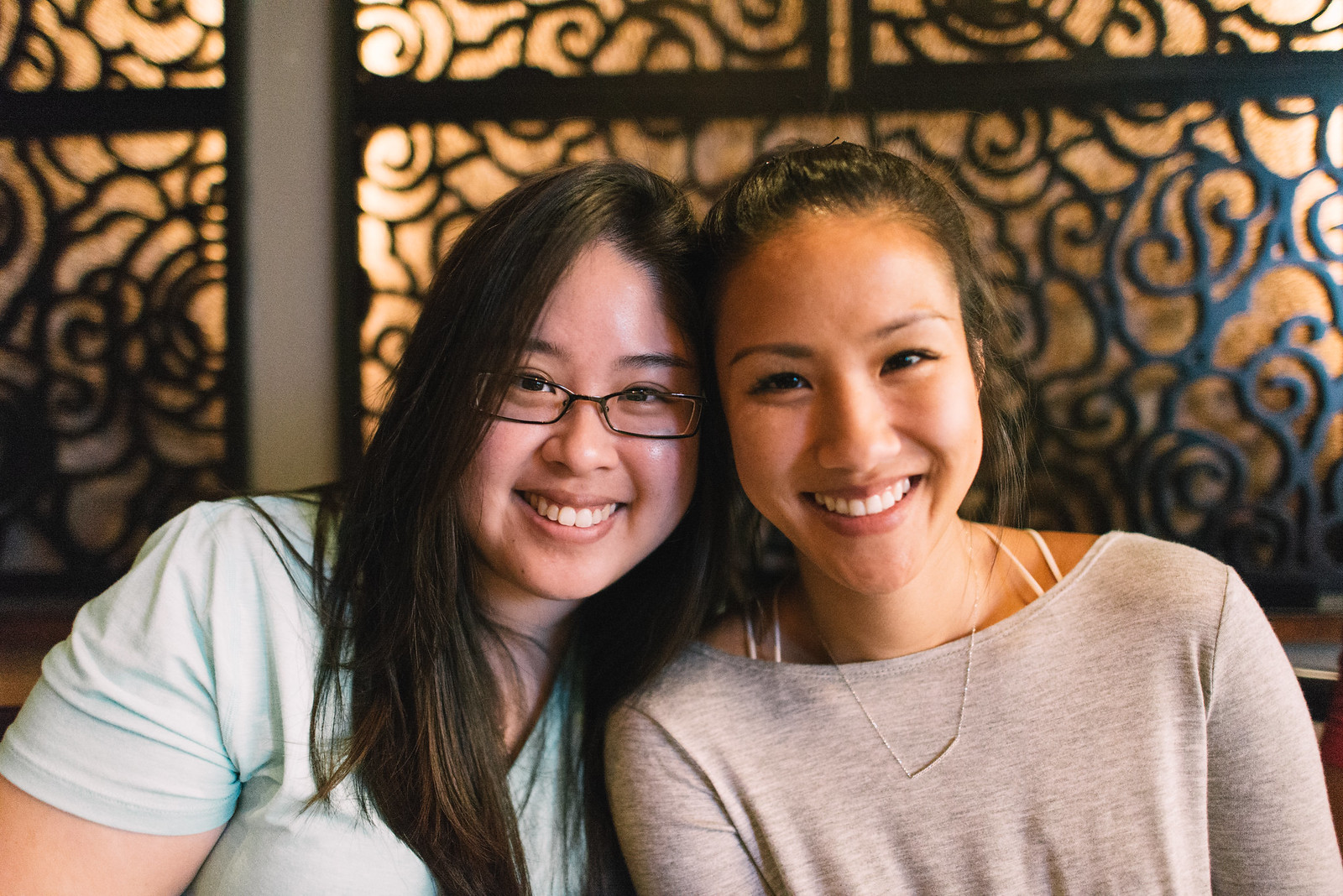 Annie and Julia excited to try Dragon Beaux for the first time. 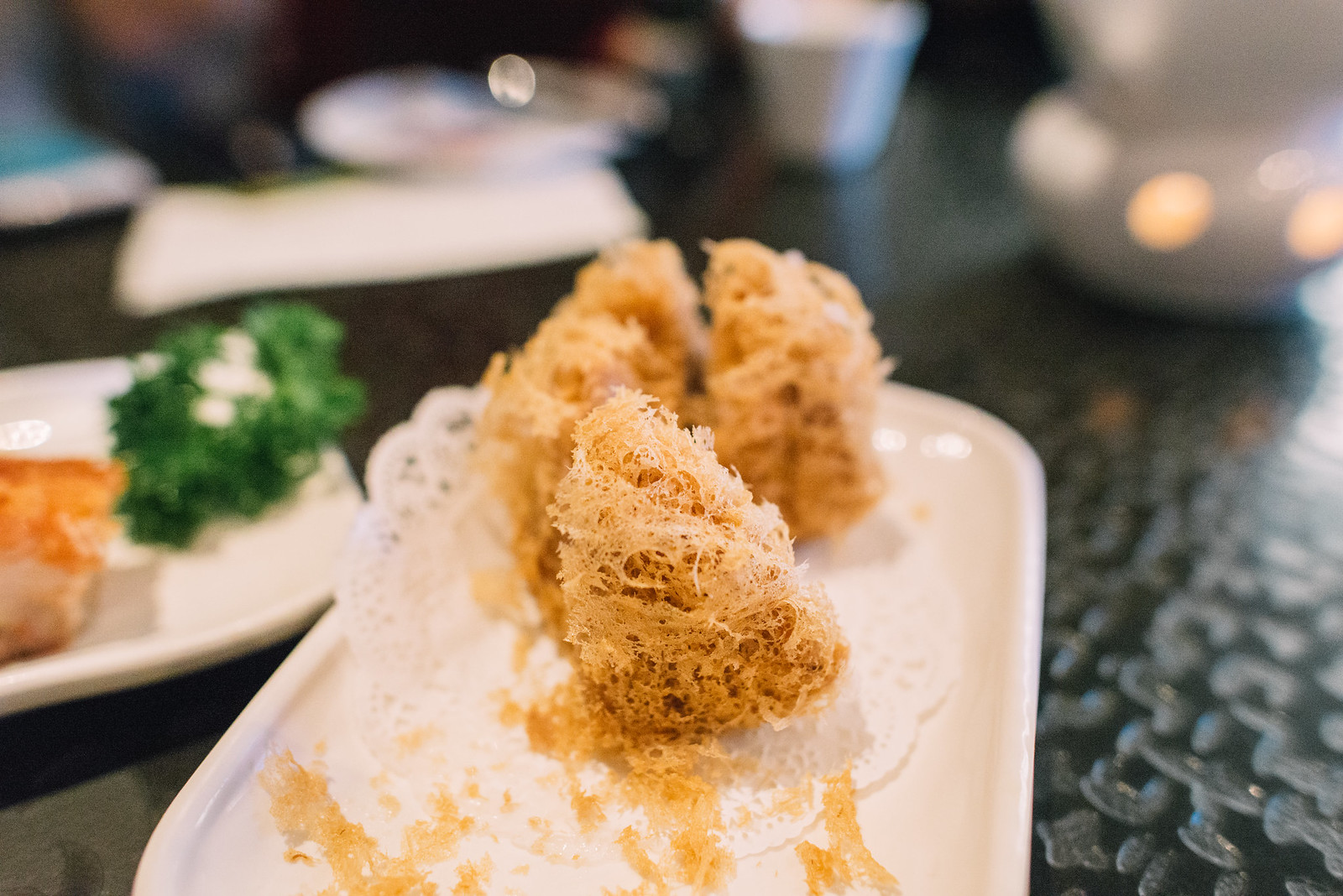 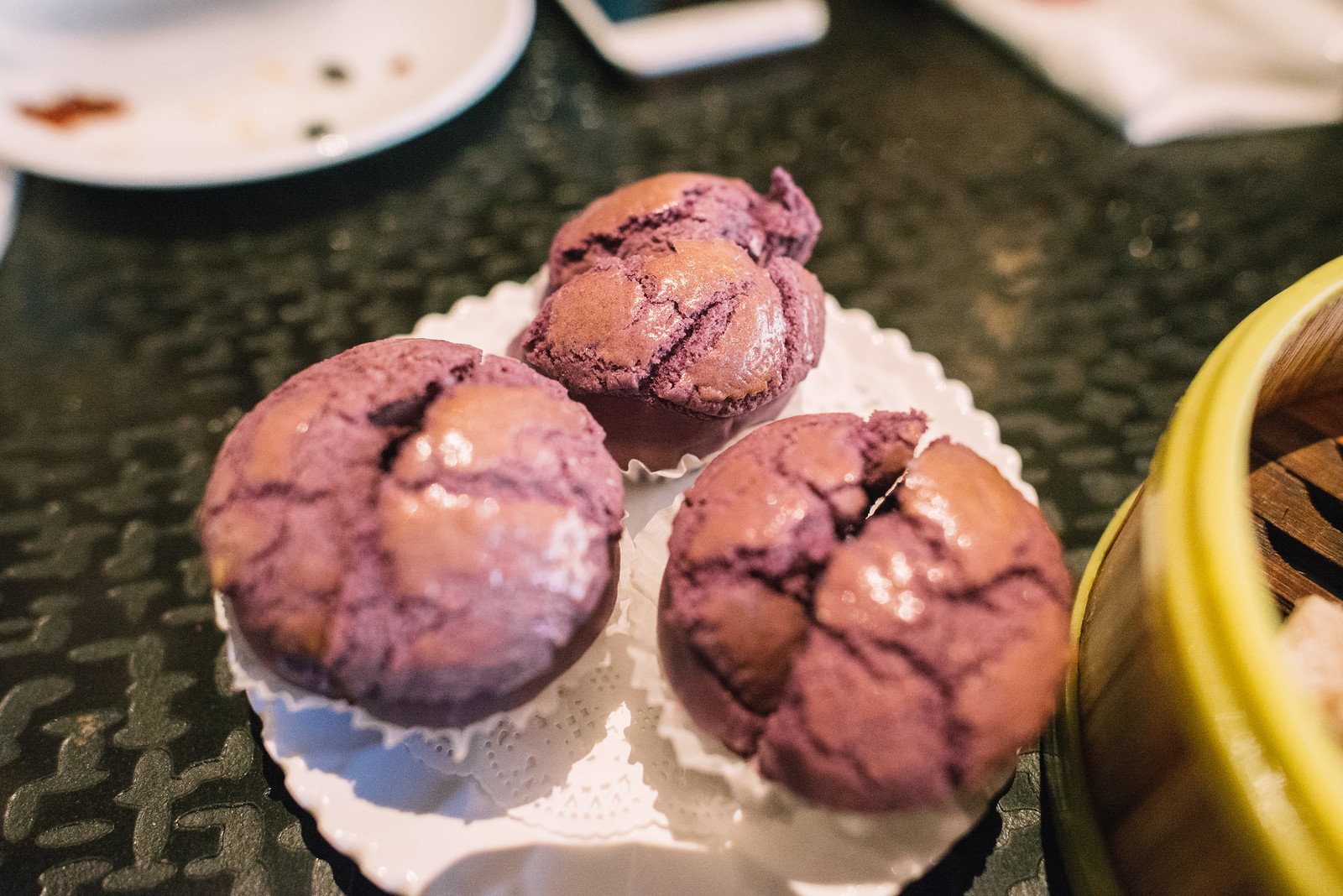 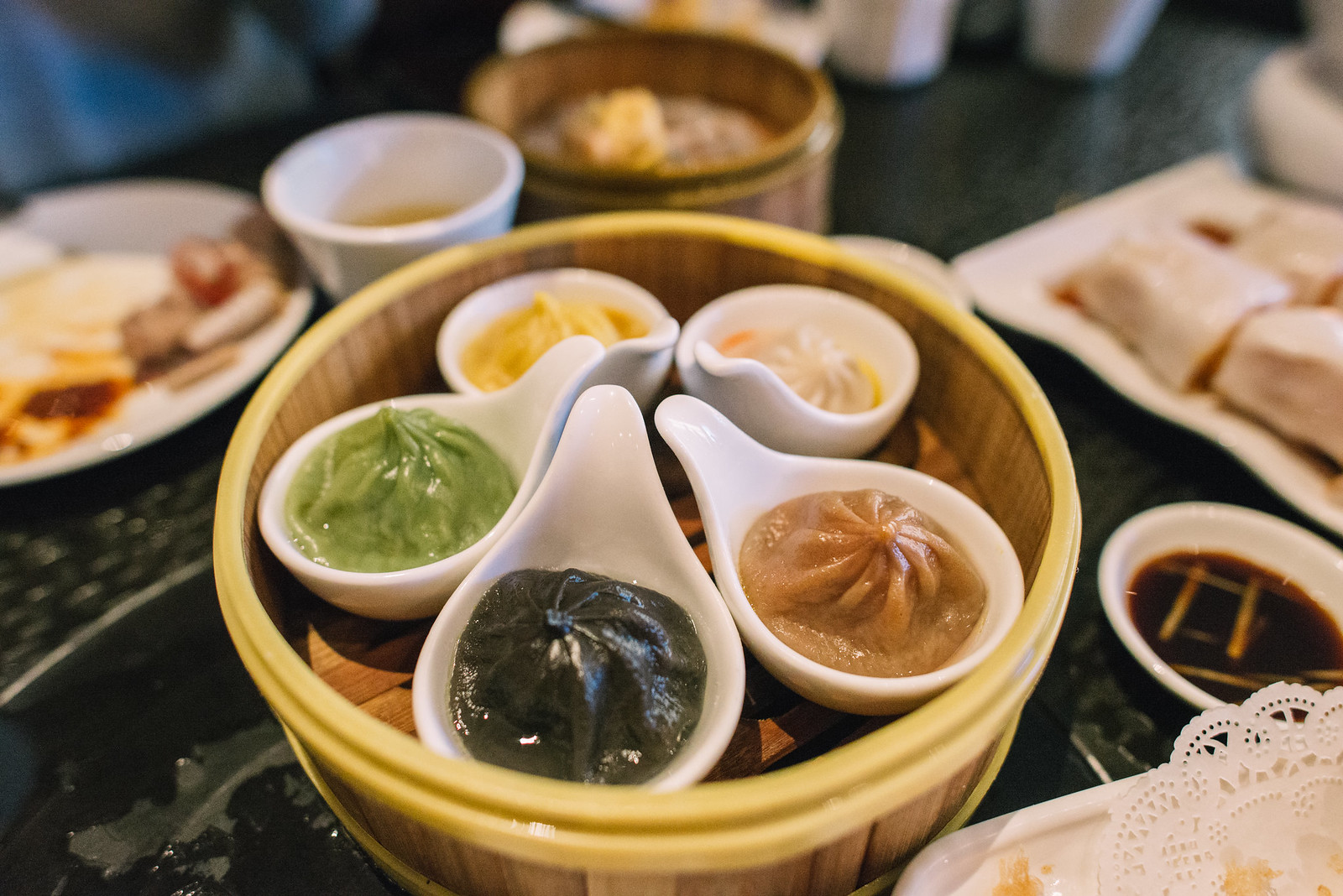 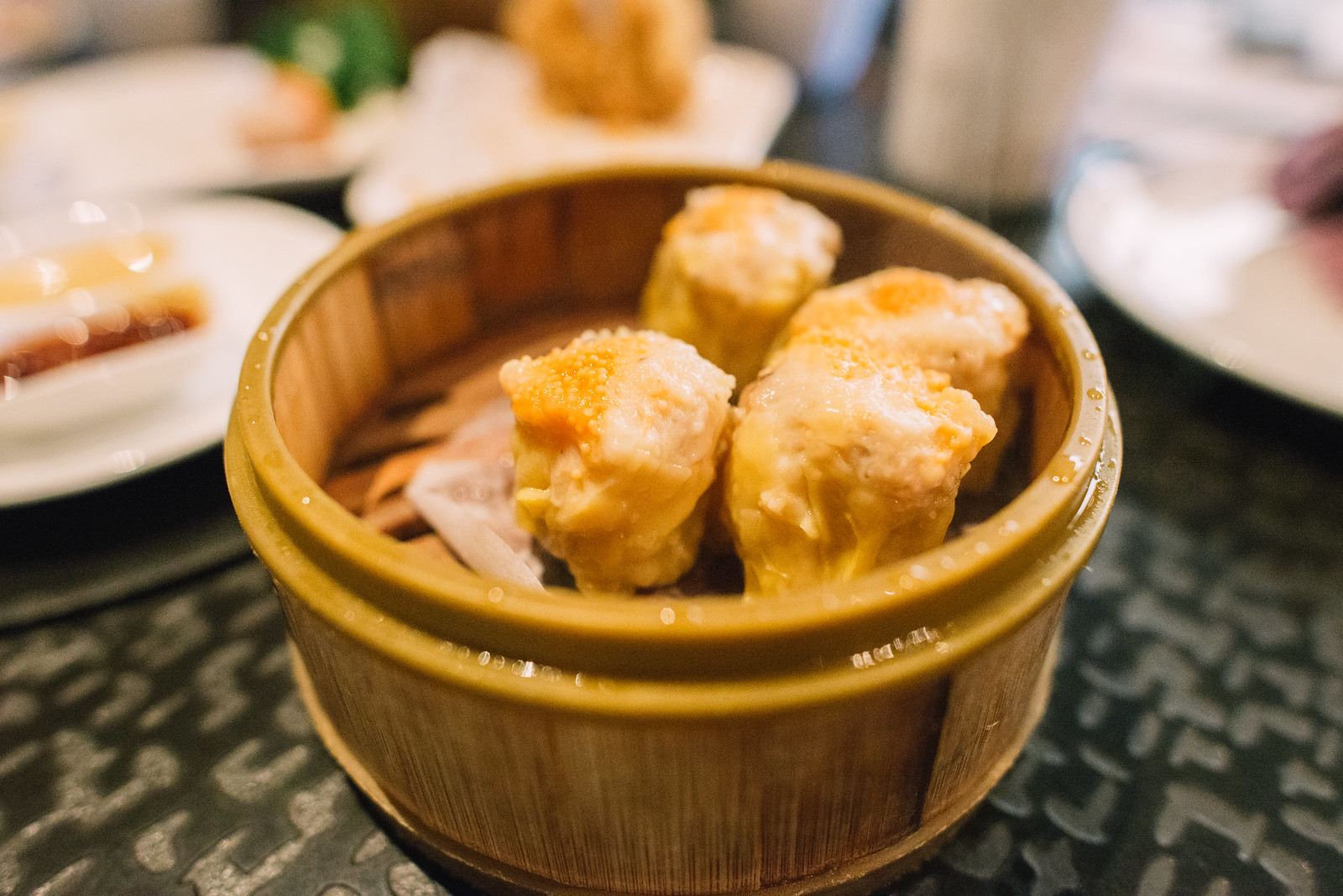 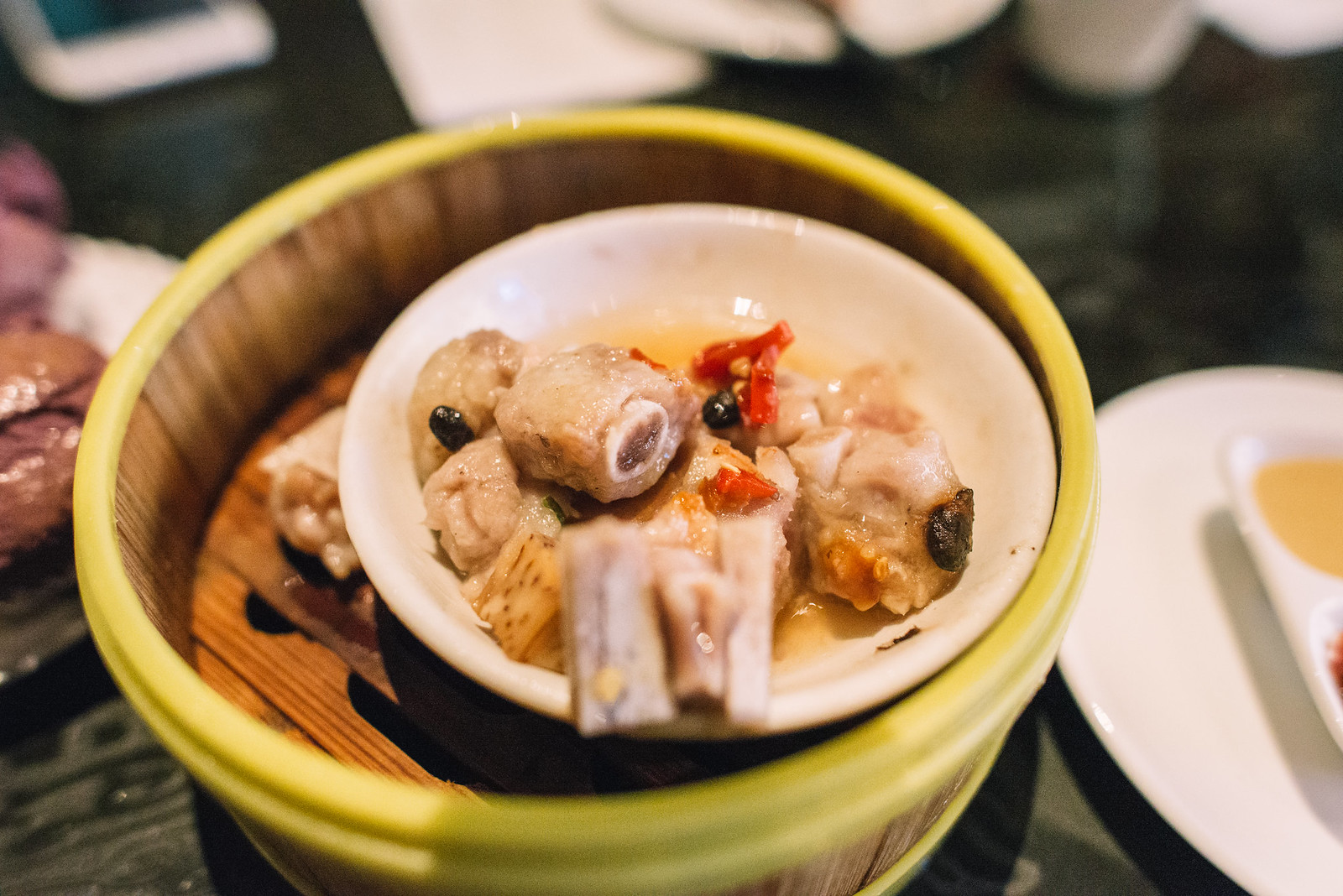 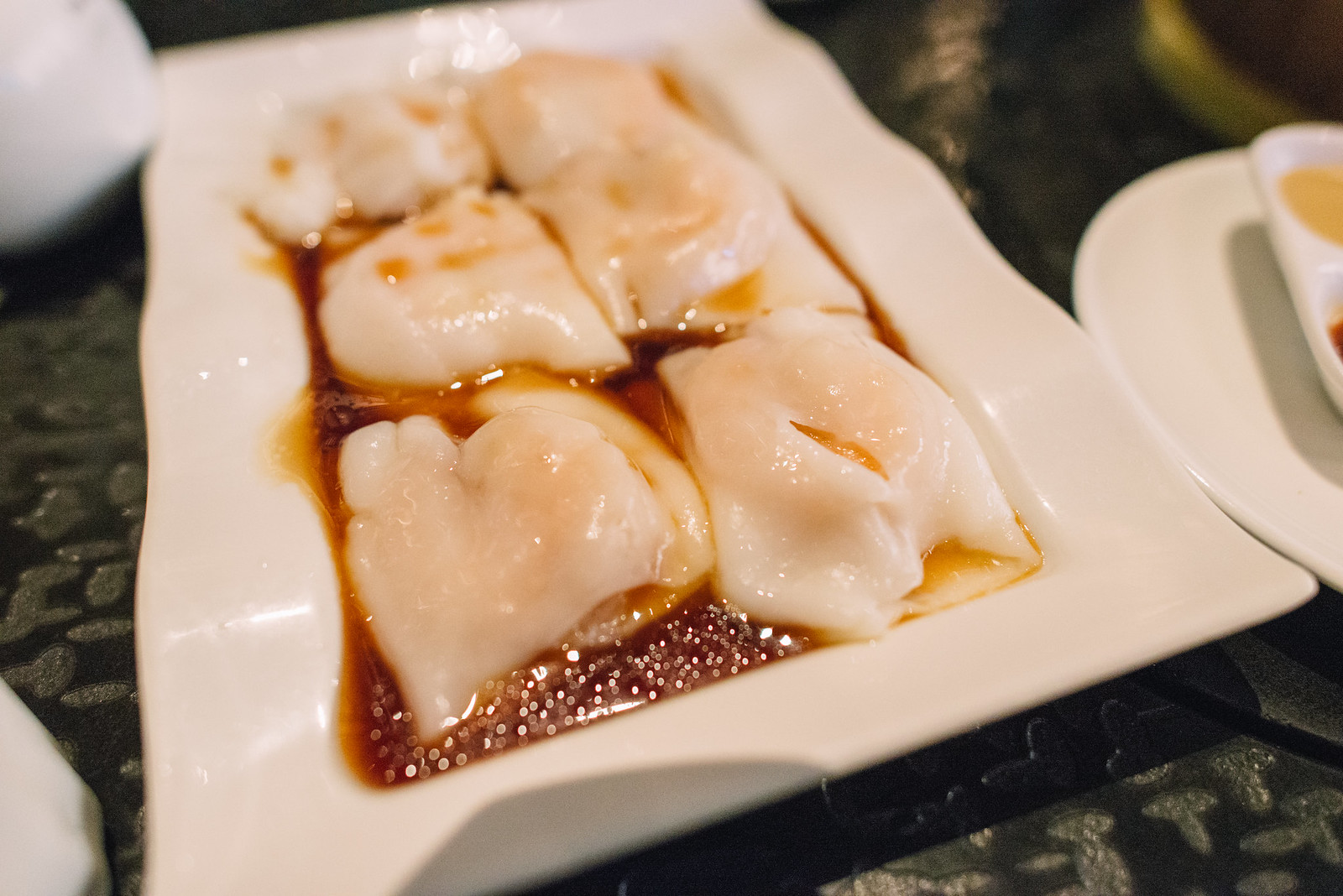 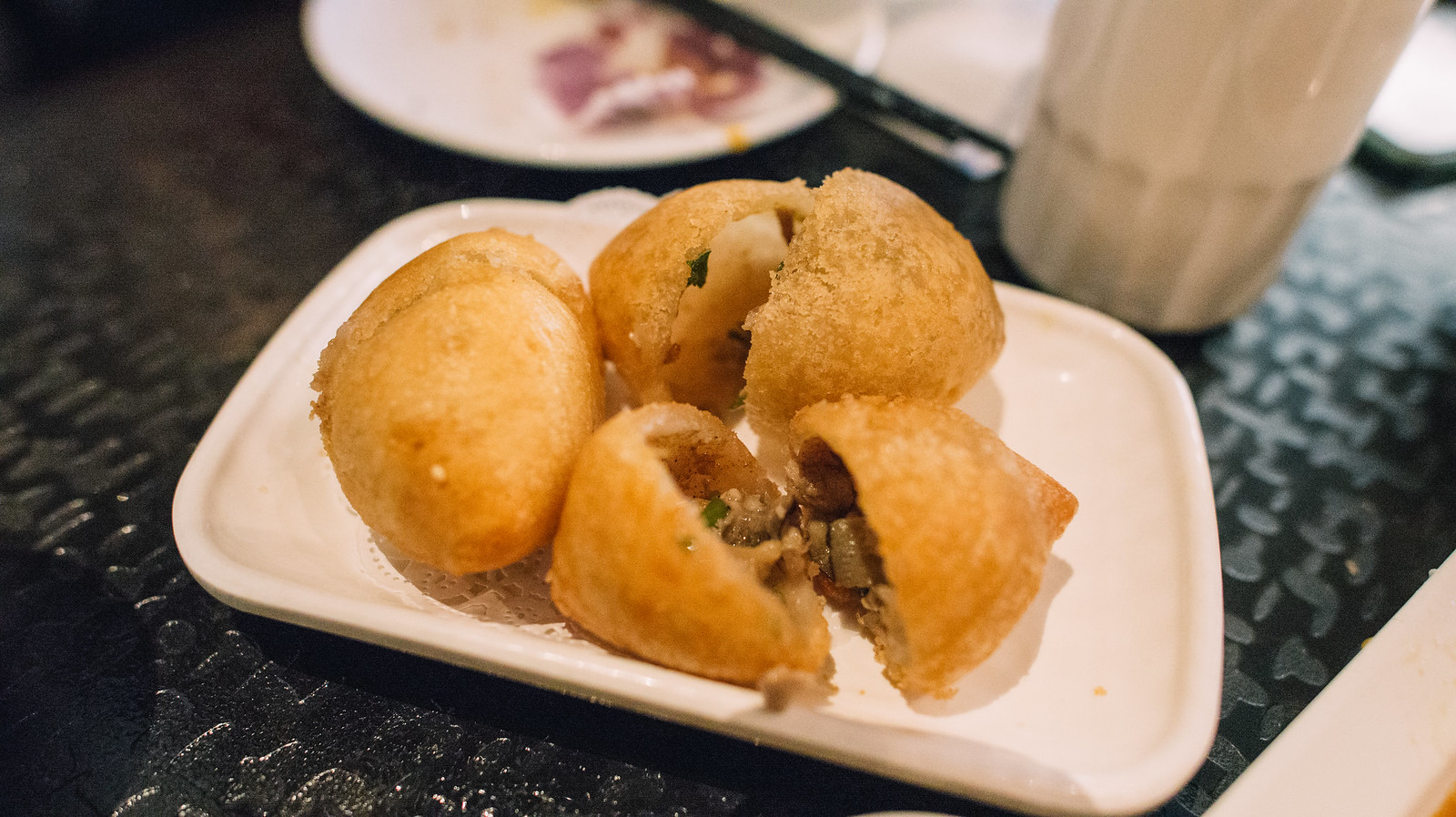 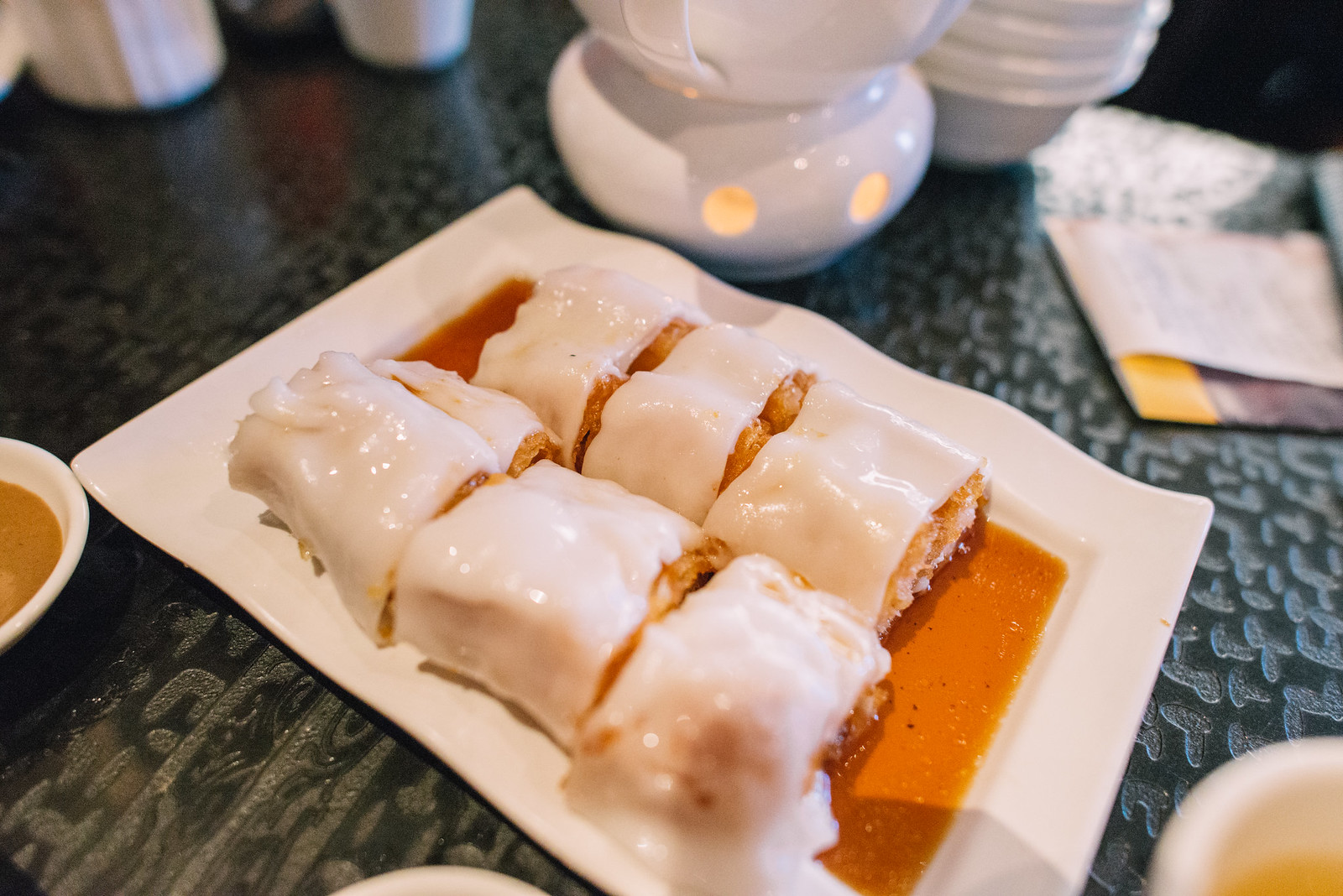 This was probably one of the best dishes that we didn’t expect. It’s called zha leung with shrimp.

Zhaliang (ç‚¸å…©) is a kind of food in Cantonese cuisine of China. It is made by tightly wrapping rice noodle roll around youtiao (fried dough). It is most popular in the Guangdong province of southern China, as well as in Hong Kong. –Wikipedia 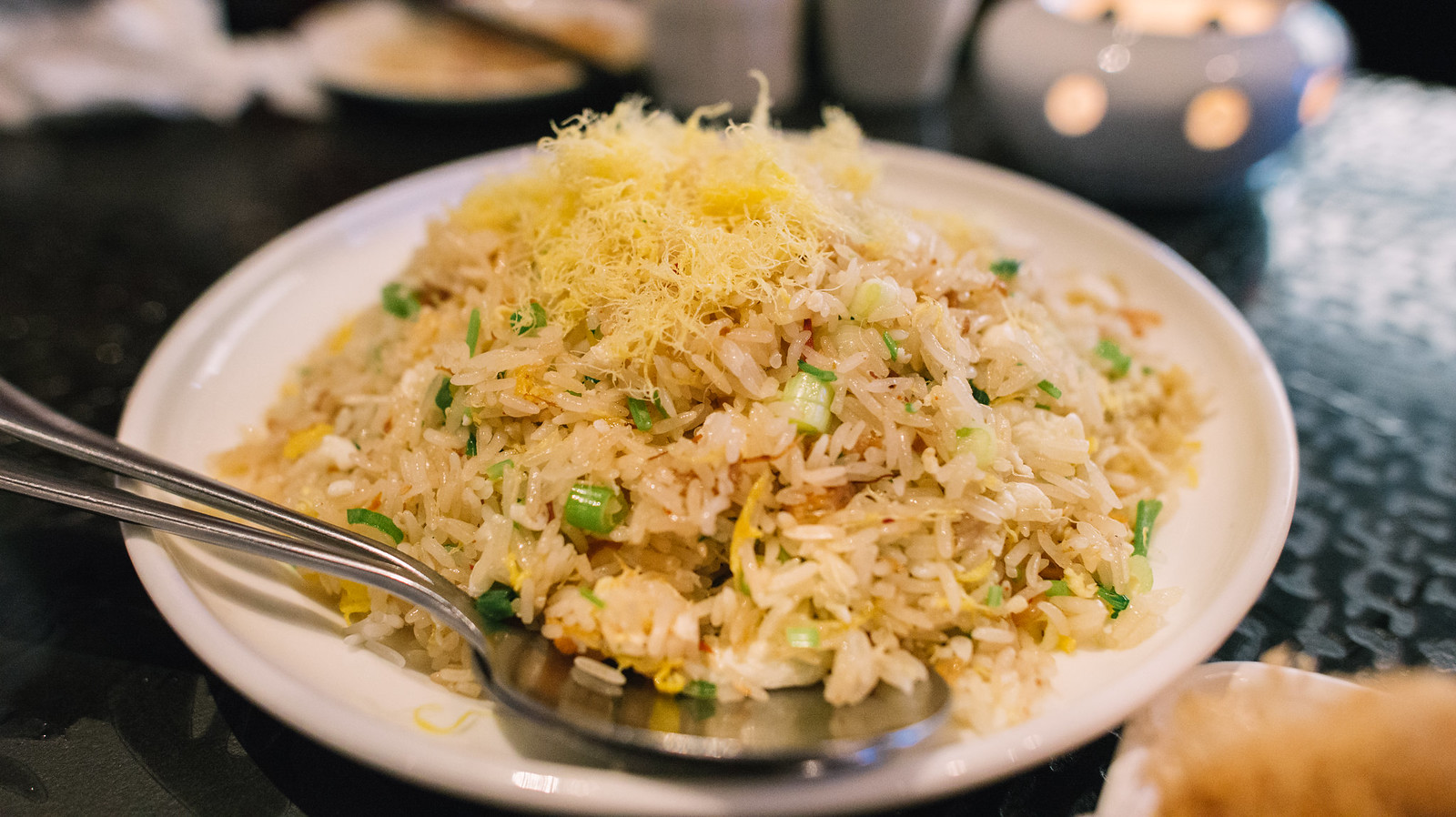 This was actually mediochre. Avoid the main entrÃ©es and save your stomach exclusively for the dim sum. 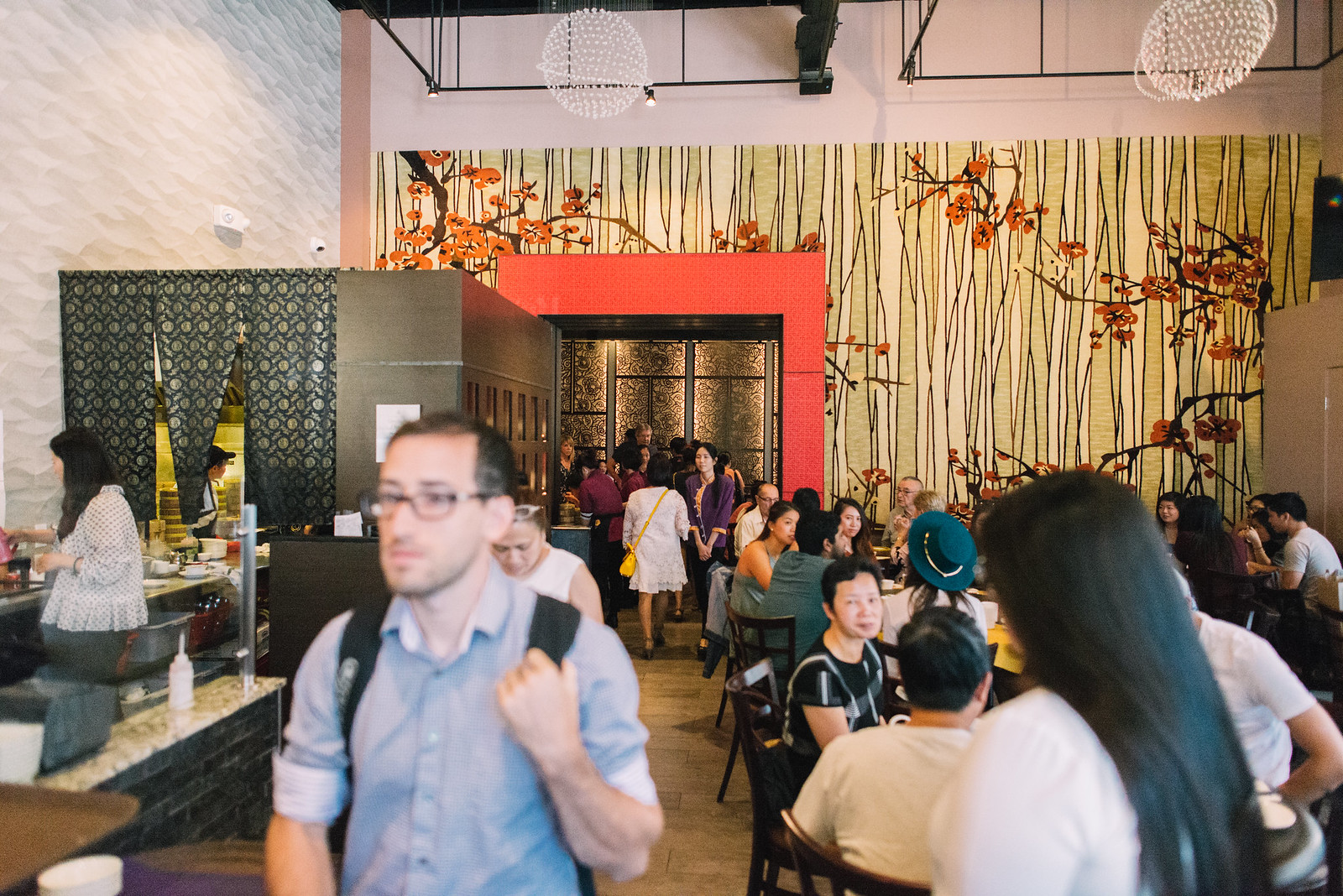 Finishing up dim sum. Jake pictured on the left.

Again, this place isn’t the cheapest, but it represents a pretty high bar for dim sum. I highly recommend it, and make sure to go with more people so you can order a larger variety of things to try.