Not only is this one of the most limited beer in the world, it’s ridiculously strong. The animals used to create the packaging are taxidermied roadkill.

“And what a fitting name it is. The End of History Beer ($650-$900) is an ultra-limited â€” as in, it might already be sold out â€” 55% alcohol blond Belgian ale, brewed using crazy freezing techniques, and featuring hints of juniper berries, mead, and nettles. Of course, being the world’s strongest and most expensive beer wasn’t enough for these restless brewmasters, so they took things one step further, and packaged the beer inside taxidermied roadkill, creating the end game of premium beer. Seriously, just look at it.” Read more about it here. Hat tip: Josh 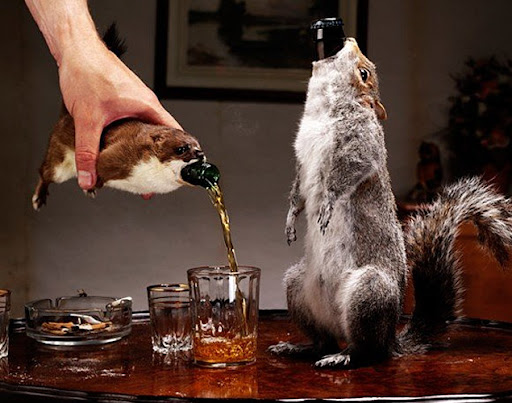