How white is your city? (Data Visualization)

“Ever wonder just how segregated your city is? Photographer Eric Fischer might have an answer. Inspired by cartographer Bill Rankinâ€™s recent maps charting Chicagoâ€™s racial segregation, Fischer decided to make a few maps of his own. The maps, which include dozens of cities, show just how enduring racial stratification continues to be in this country.” – colorlines.com

While some people are really surprised, I’m not. I guess being a minority in the US gives me a different perspective. According to wikipedia, 75% of the US is white, 15.4% is hispanic/latino, 12.4% black, and 4.4% asian. Hat tip: Charlie 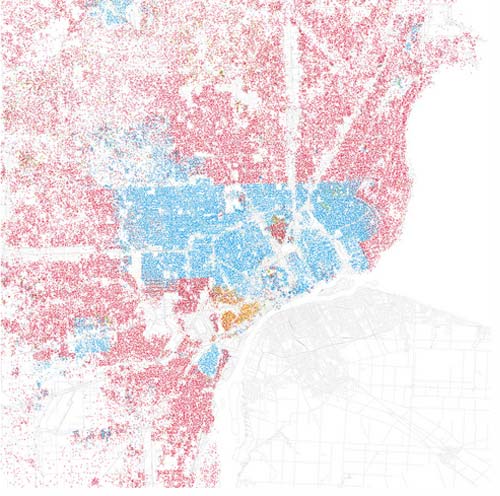 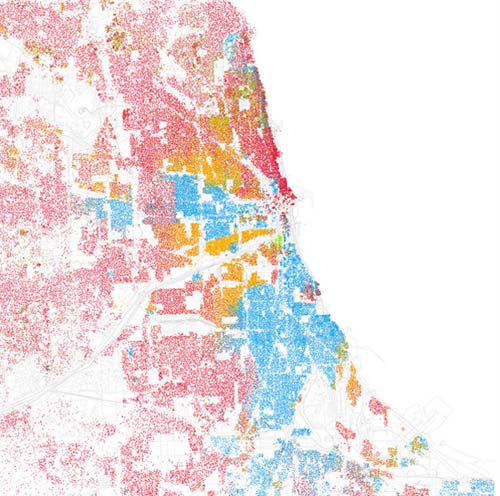 3 thoughts on “How white is your city? (Data Visualization)”