I’ve been following some of the Facebook designers more closely. While a lot of people criticize their design, I am always impressed by how they problem solve and build better experiences. They’ve been hiring some superstar talent, and I’m curious to see what they’ve been cooking. Here are some quotes from of their designers…

We move fast. We stay with a project for itâ€™s entire development process, so we have no communication gaps to slow us down. That means we ship products in half the time and with half the resources needed by others.

We sweat the details more than any team Iâ€™ve ever been a part of â€” down to correcting a single pixel in the upper left of our search typeahead and applying the subtlest shading and detail on our icons.

We take a product from an idea to a launch before an audience of hundreds of millions. Weâ€™re modest enough to learn from our mistakes and have vision enough to make the right product decisions when faced with criticism. Iâ€™m proud and humbled to be a part of this team. – Rob Goodlatte (Facebook Designer) 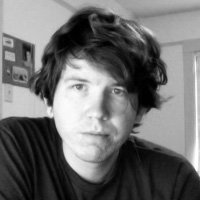 It’s an exciting opportunity to be able to focus on developing such a young brand that millions of people all over the world already interact with on a daily basis. I am immensely interested in the massive potential that we have to influence social change by encouraging an atmosphere of openness and sharing. Visually, more often than not, my work is graphically simple with a limited palette of bright colors. It seems to work for me with my limited drawing ability, and I really admire the economy of one and two-color design work. Everything is perfectly crafted. – Bernard Barry (Facebook communication designer, illustrator, printer, programmer, and thinker)

After four years of giving birth to and developing Spotify Iâ€™m moving on to a new adventure: In October later this year Iâ€™m starting as a product designer at Facebook â€” a journey of innovation, design and the future of the internet. For me, working with basic human needs (music, social interaction, etc) in an aspect where peoples lives are being improved, has always been the focus of my professional life, thus both Spotify and now Facebook. – Rasmus Andersson (Facebook Product Designer, previously Spotify Designer)