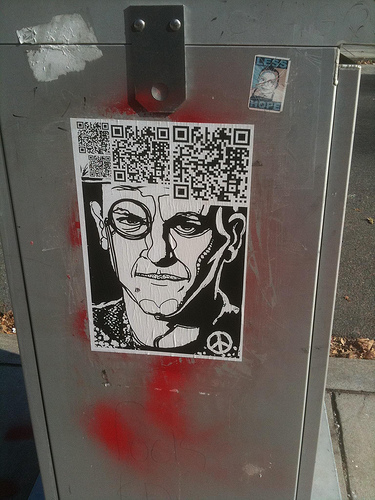 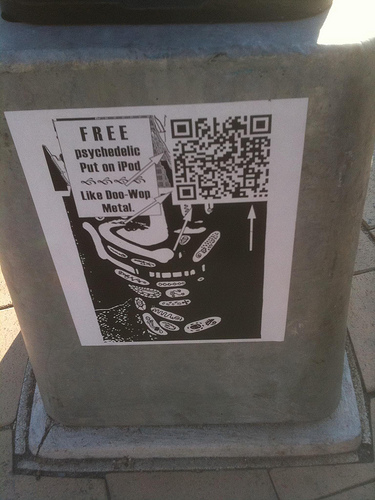 Lately I’ve spotted a series of wheat-pasted pictures on electrical boxes, lamp posts, and such around the neighborhood: various pictures of people, plus the addition of some QR codes, the funny looking patterns, which are similar to UPC codes. A lot of smart phones have apps where you can scan them and it goes to a website or plays a song or something. I’m guessing they’re related, but not sure who is putting them up aside from a band that plays “psychedelic doo-wop metal.” – New Columbia Heights 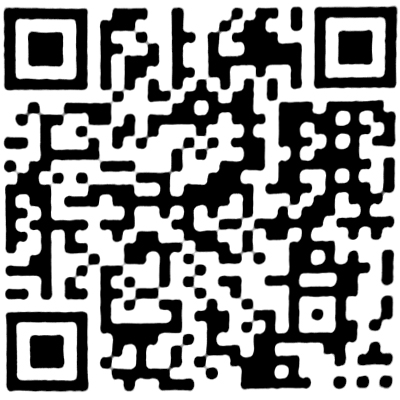 To answer this question, I had to go into photoshop and transform the image with some enhancements. Here’s a screenshot of my retouched image. The codes used in the photos are the same. The link takes you to: http://mother.bandcamp.com