Ellie Staring out the Window 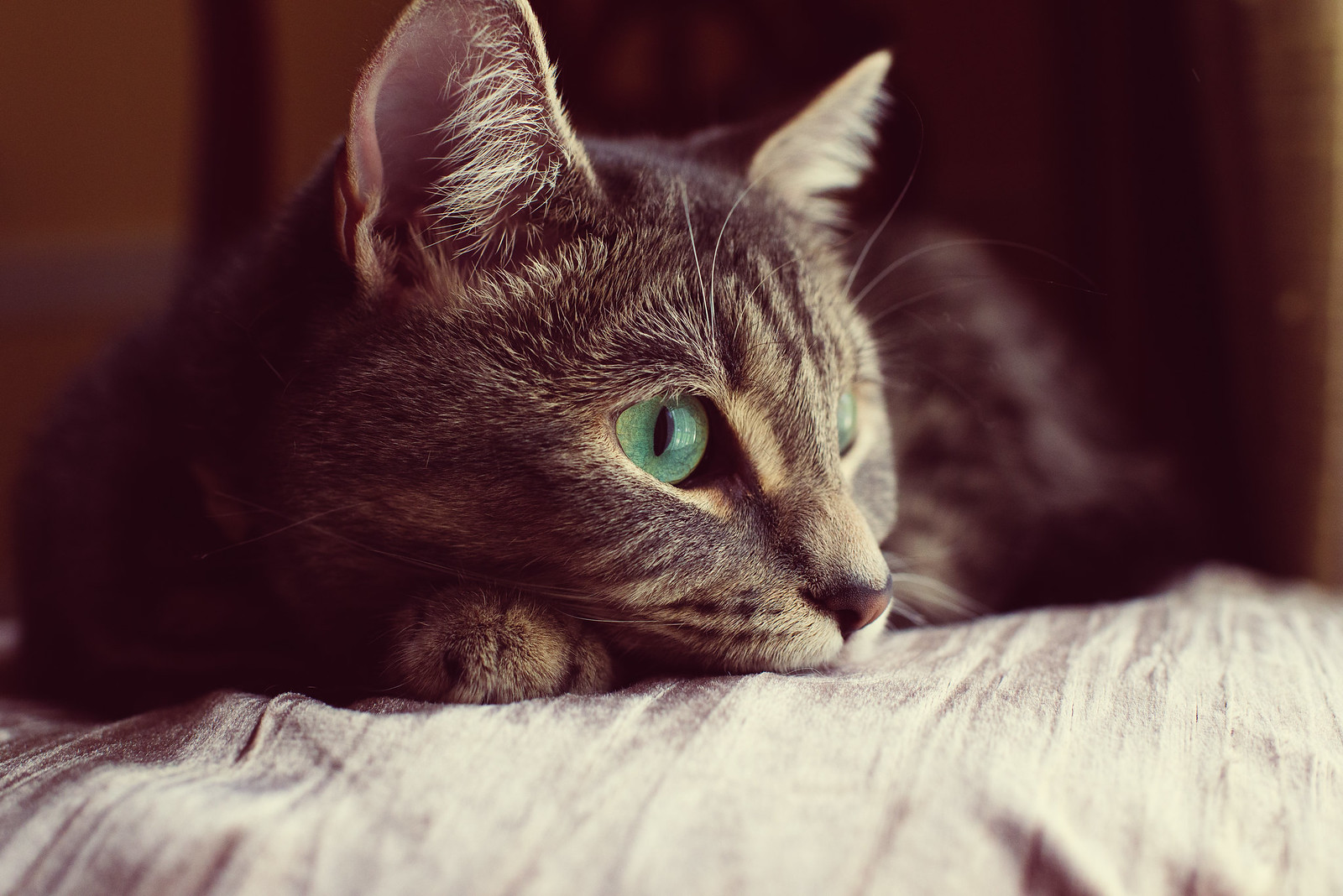 OMG. She is so cute. This is one of her favorite spots, next to the window. 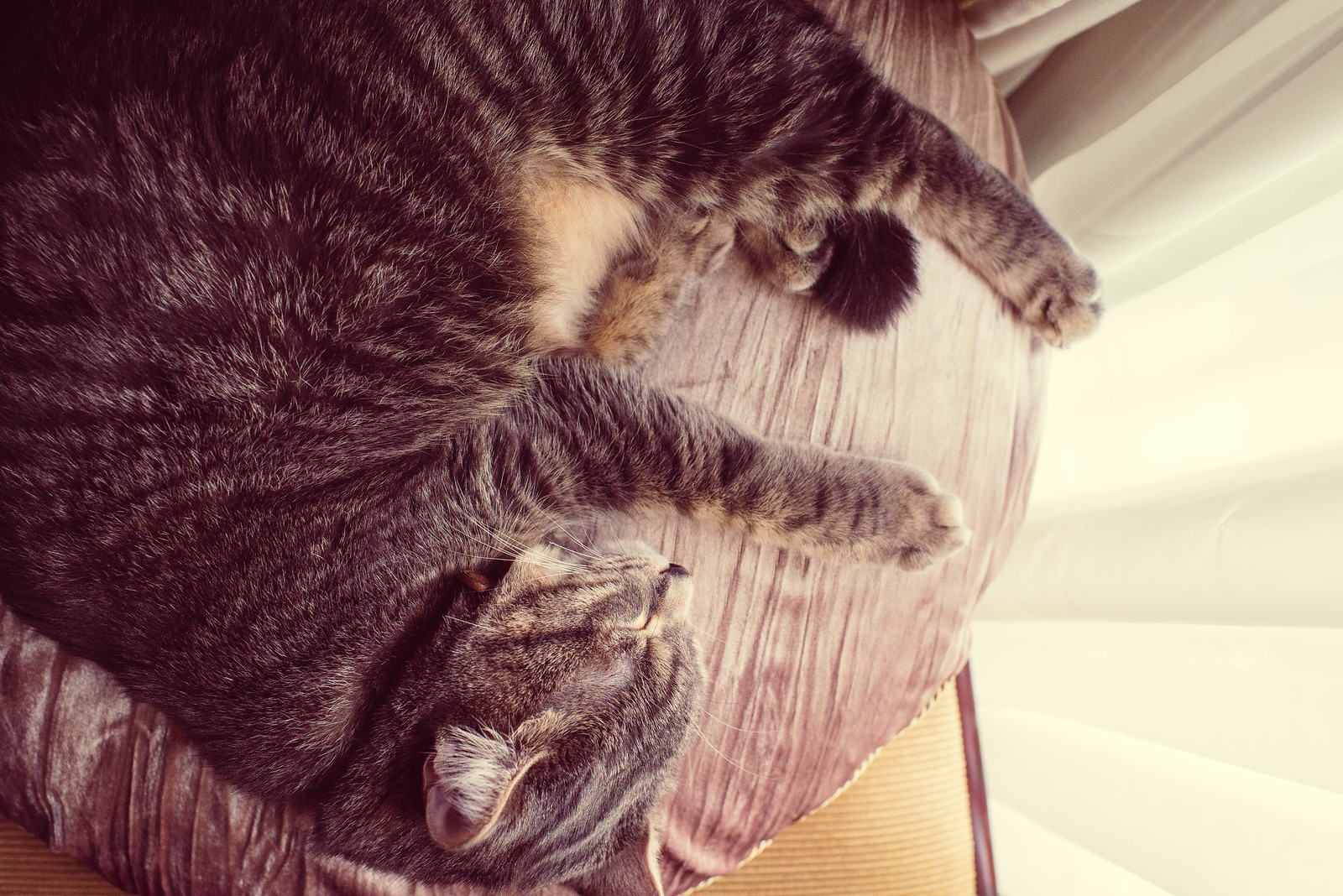 She has a couple of spots, but I always find her here. 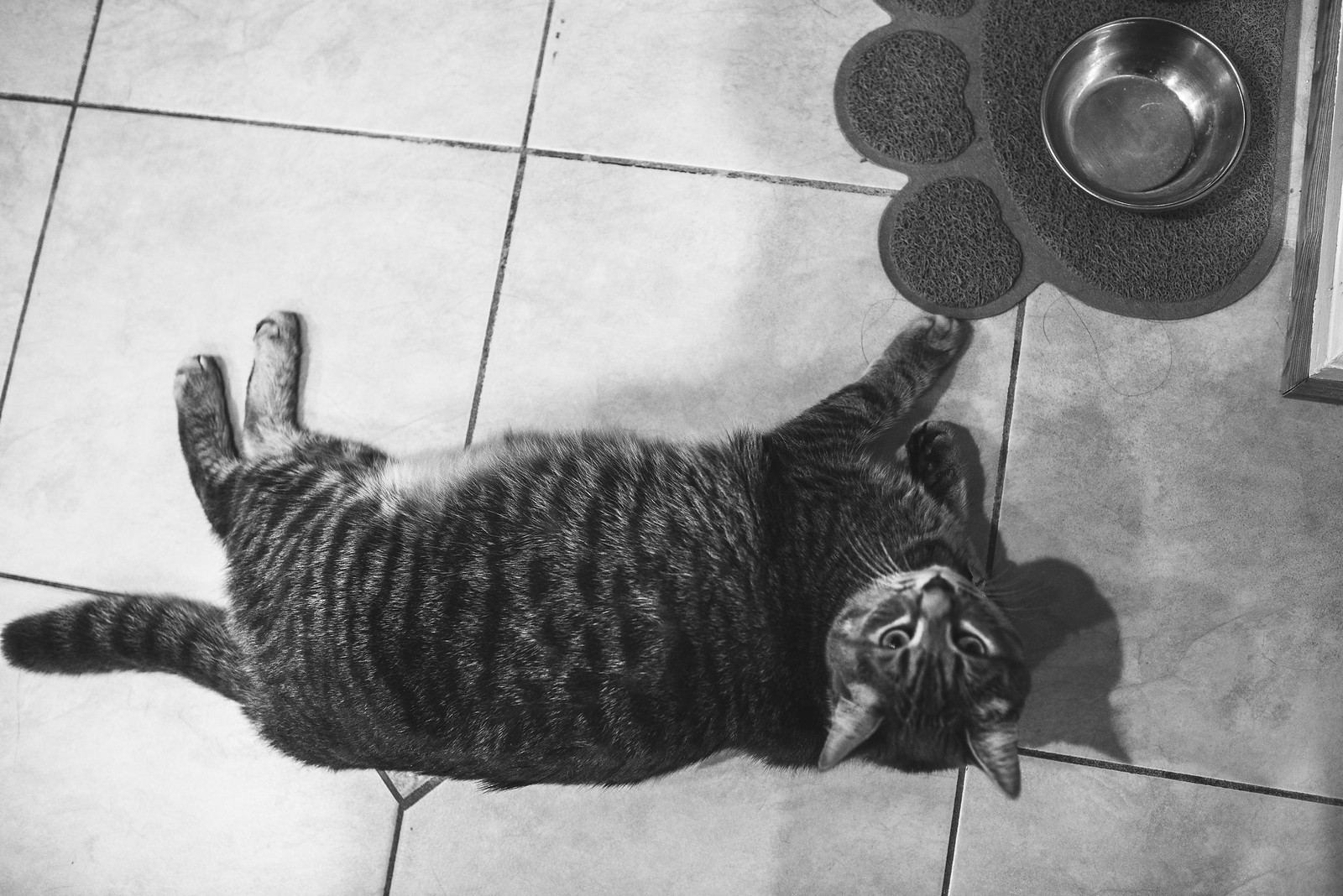 And yeh, that’s how she asks for food. She lies down next to her food bowl, and she demands for a massage. 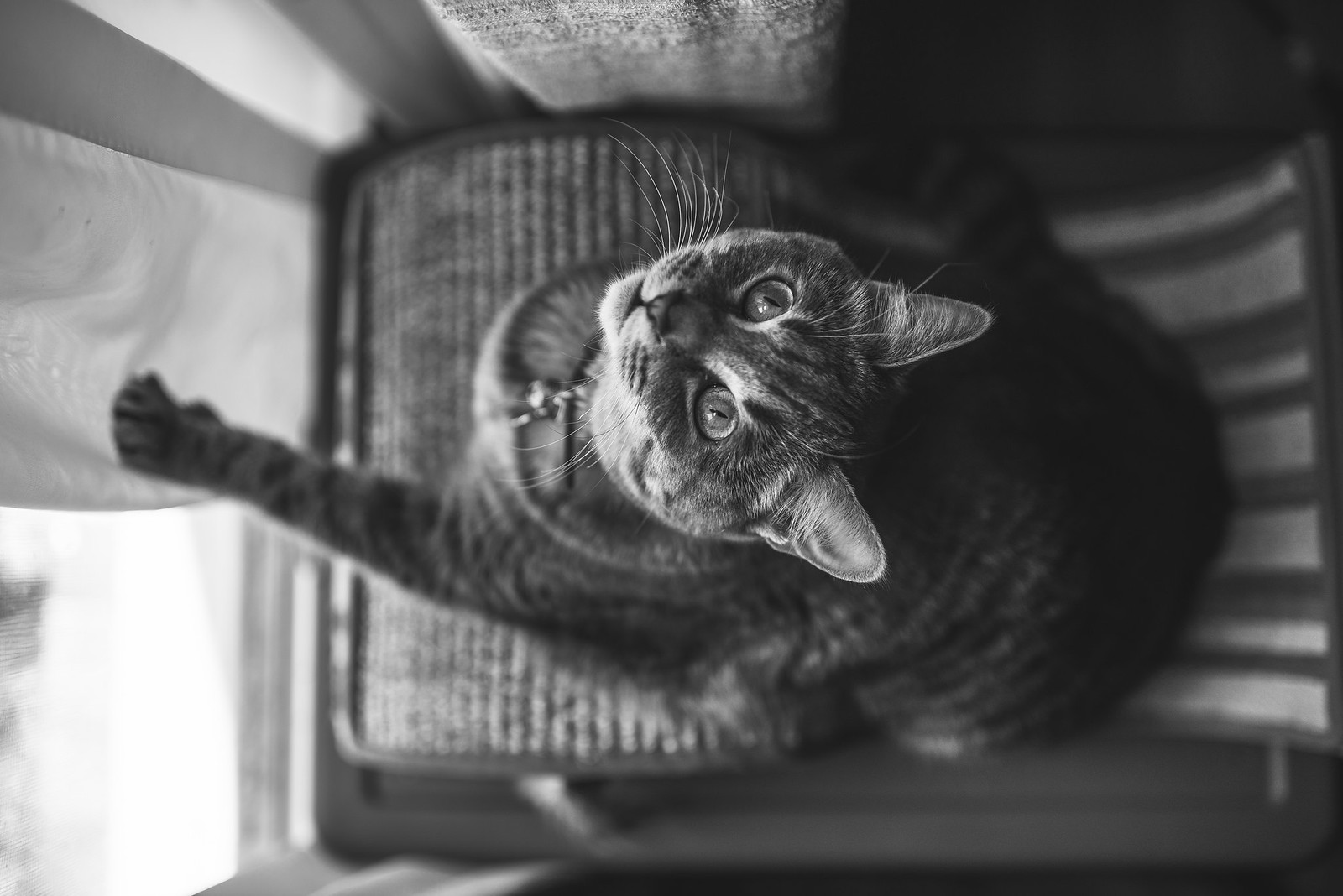 I’m not the biggest fan of cats, but Ellie’s pretty cool in my book. ^_^ 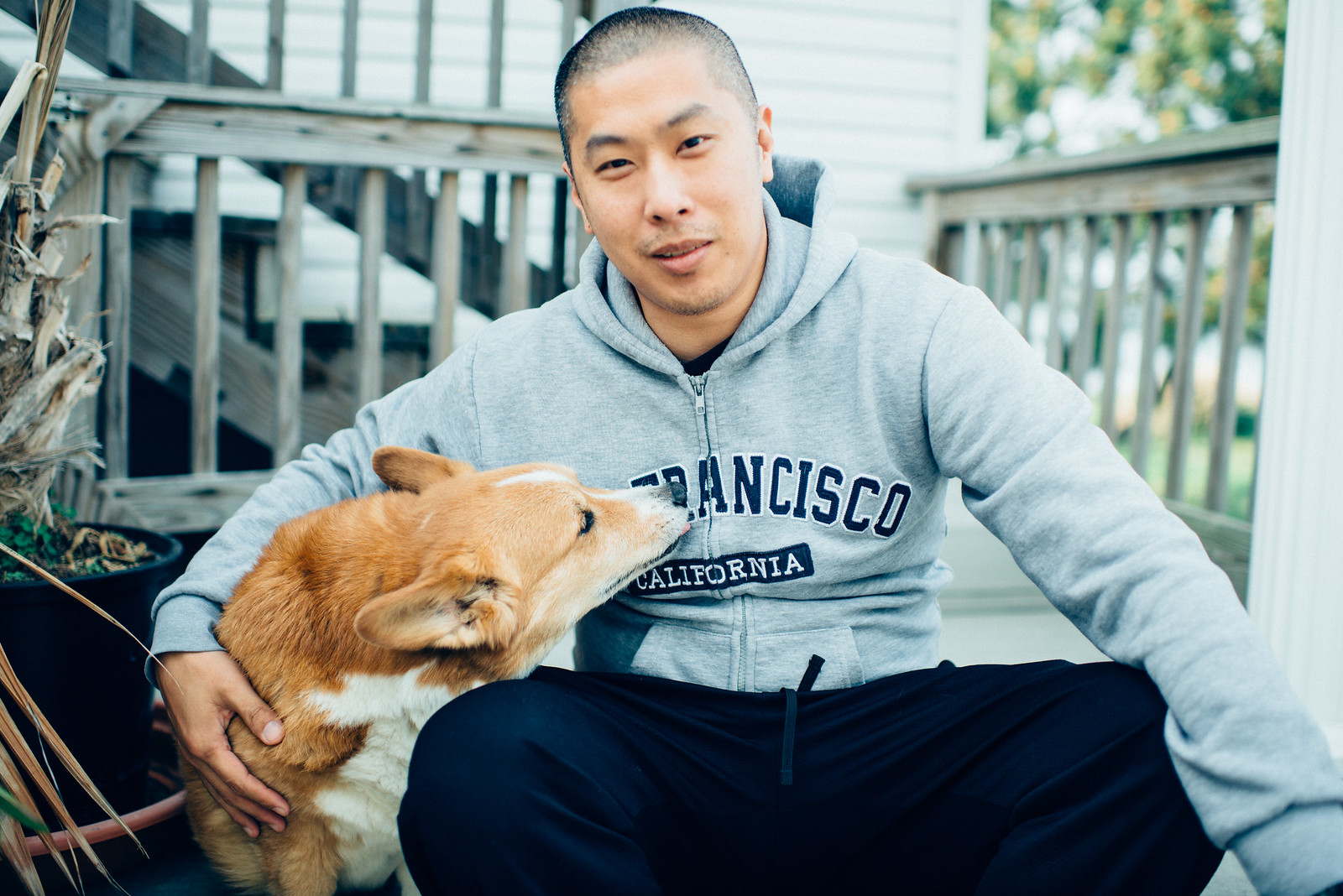 Here are some photos of Jack. He’s getting kind of old, so he’s slowed down a bit. He’s still cute though. 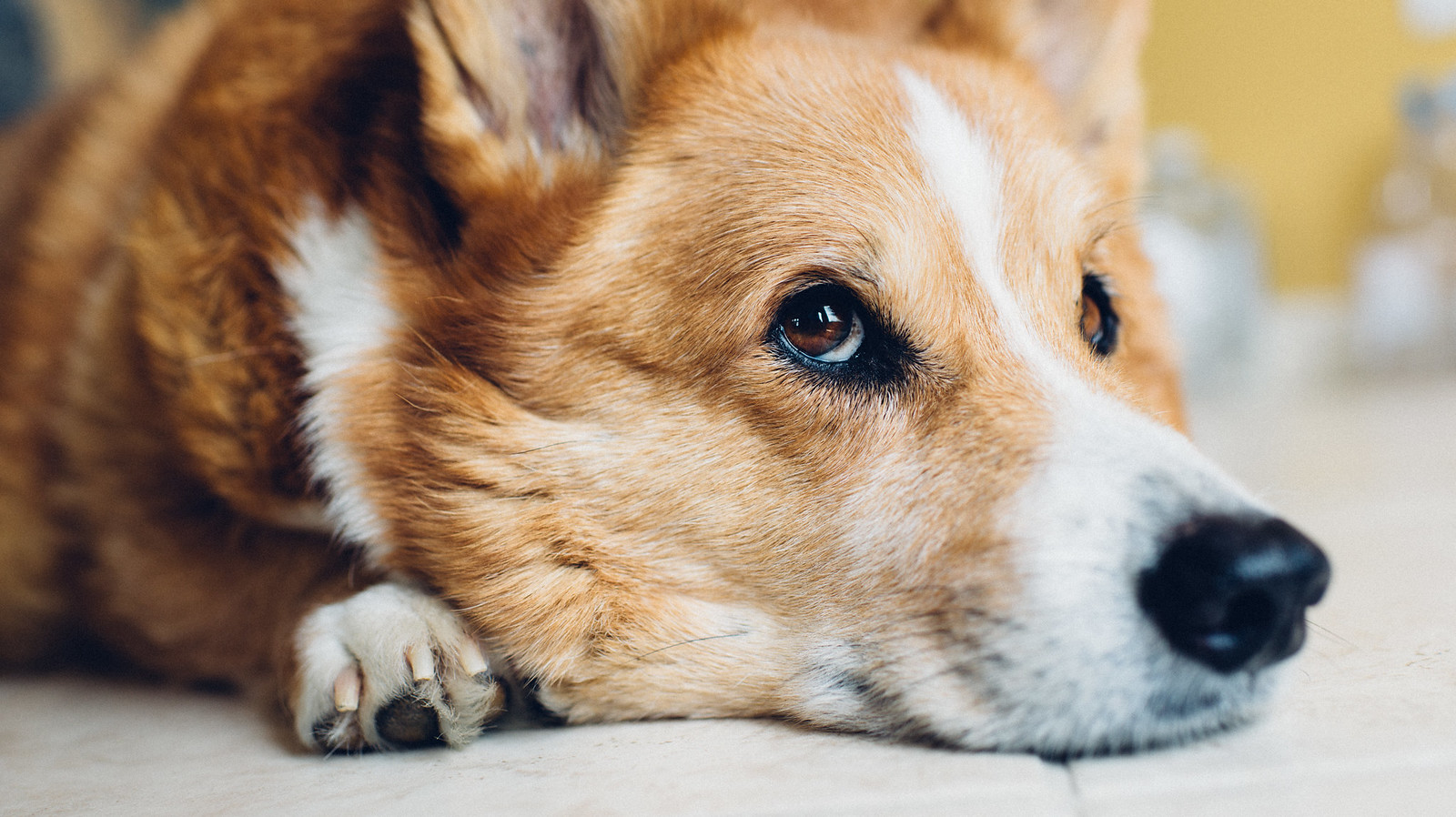 Look at those little puppy eyes. 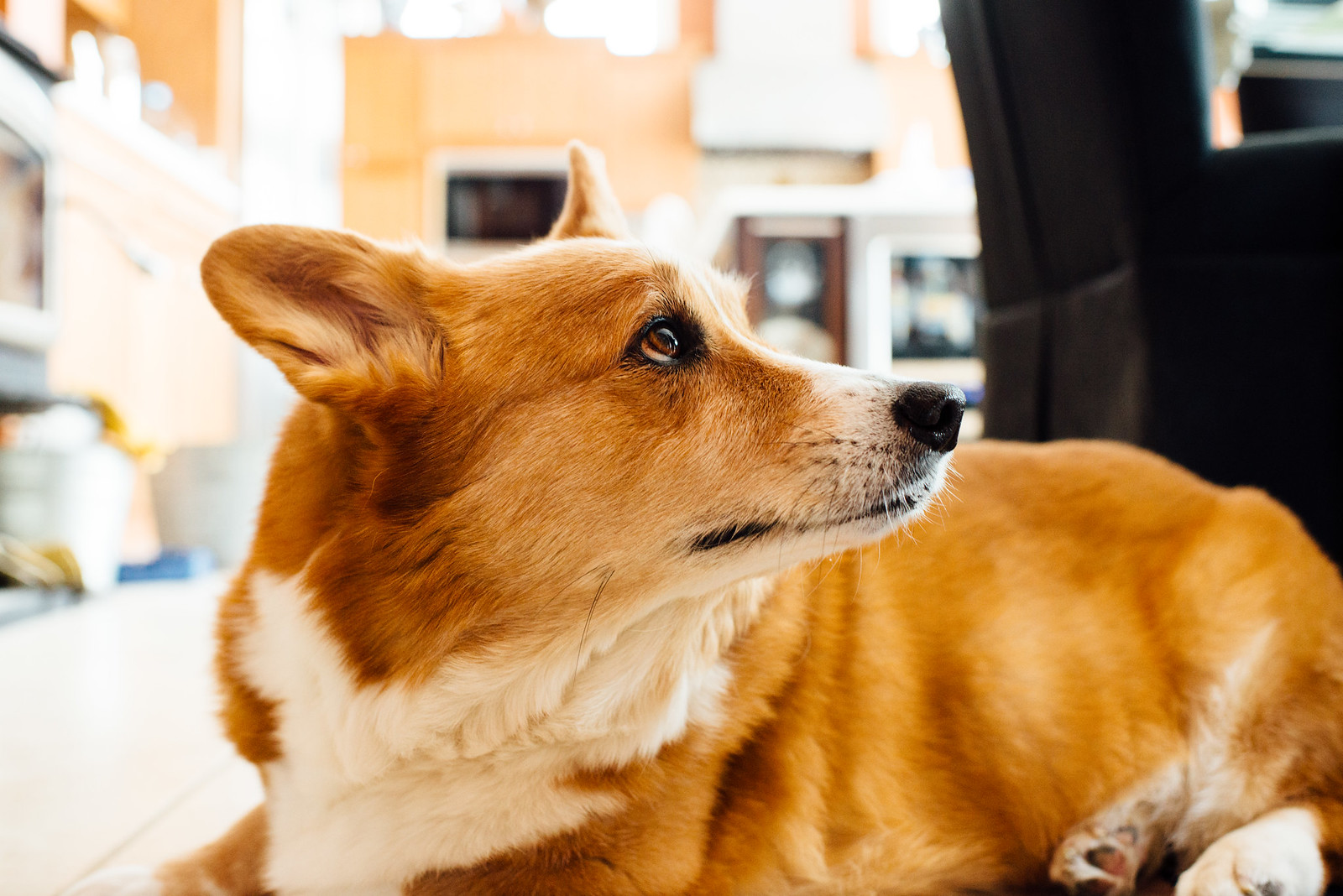 This little guy is always looking for food. My parents turned him into a monster. 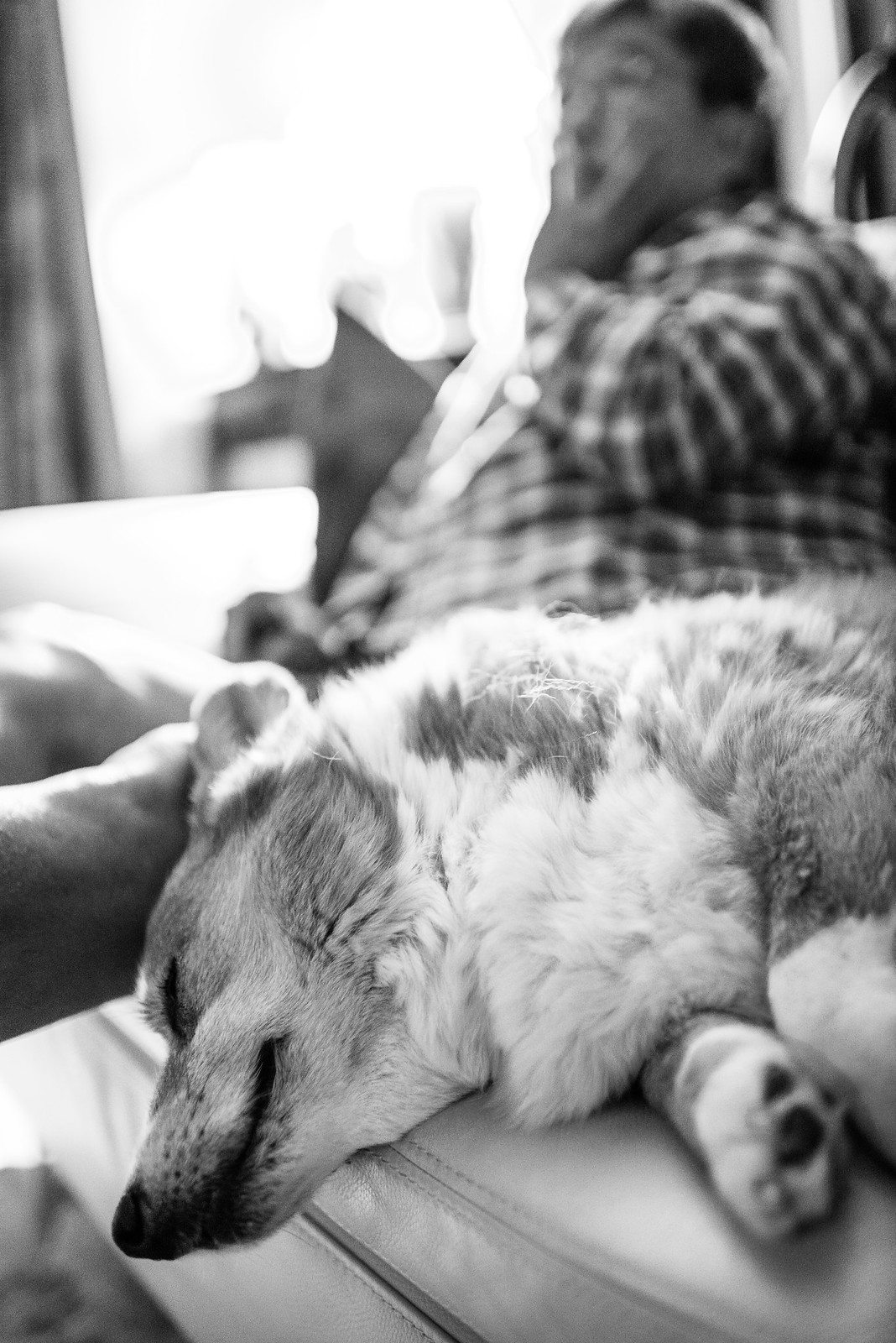 He likes to sleep a lot. But I guess, who wouldn’t want to relax. 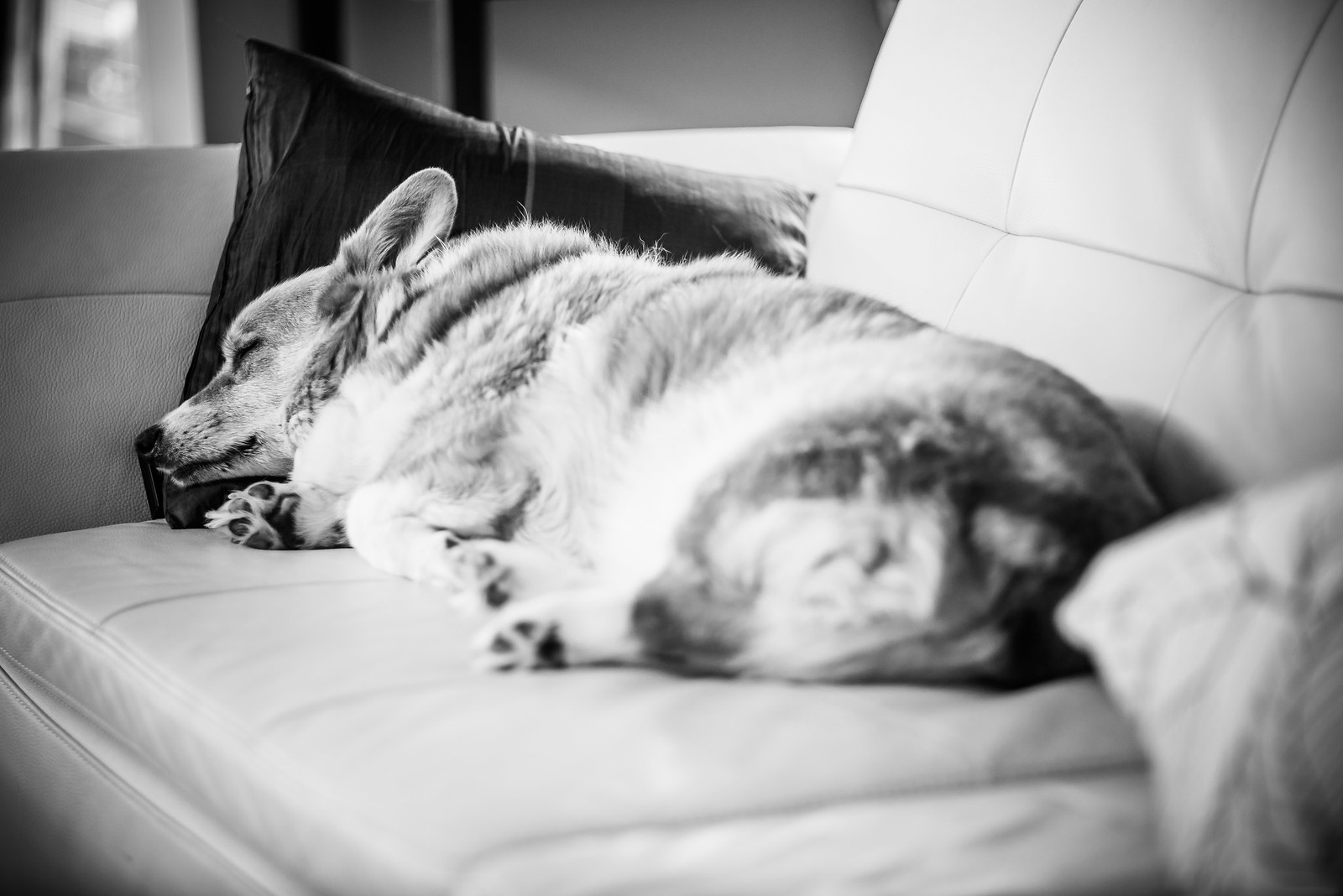 And he knows his furniture. He loves sleeping on my designer couch. 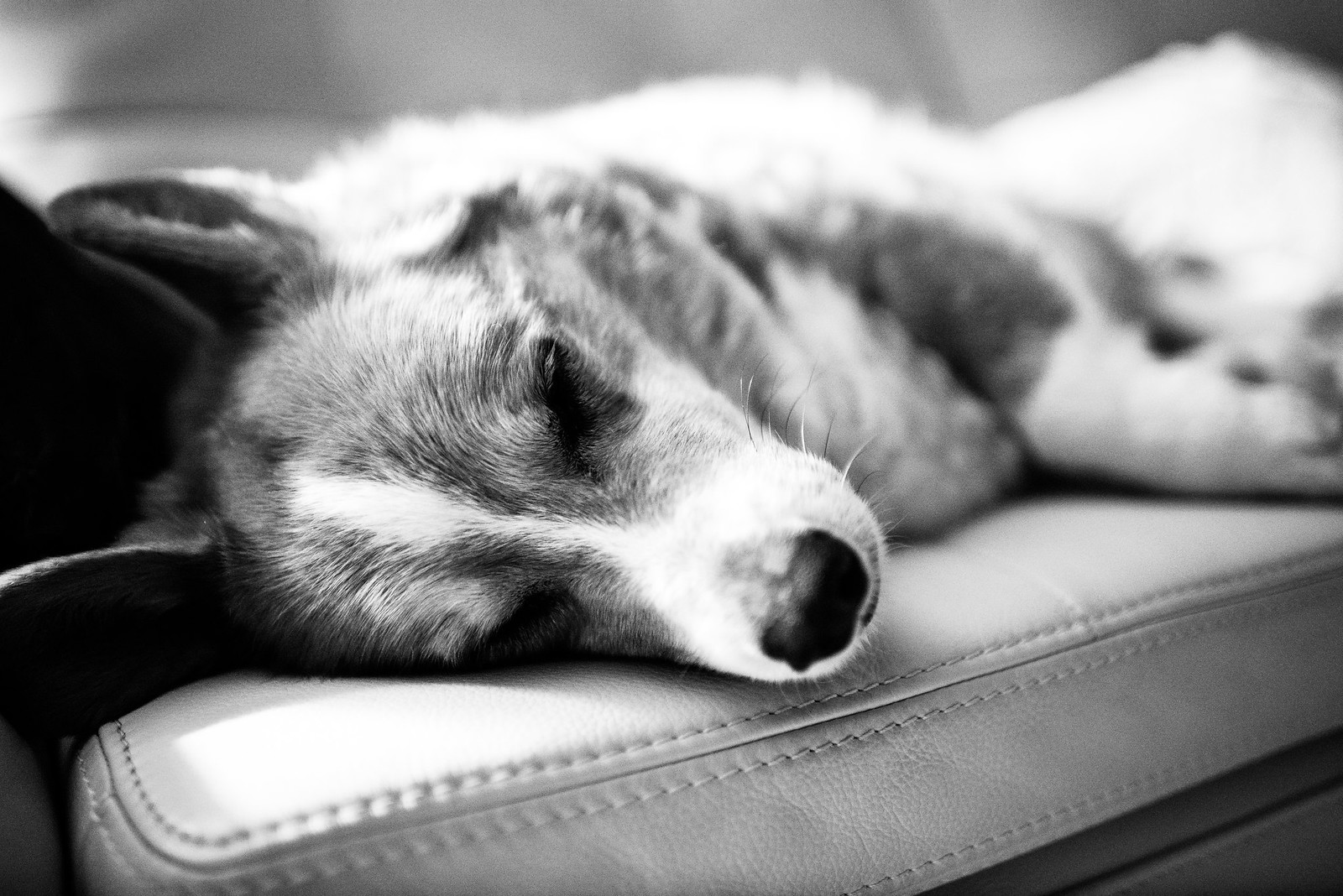 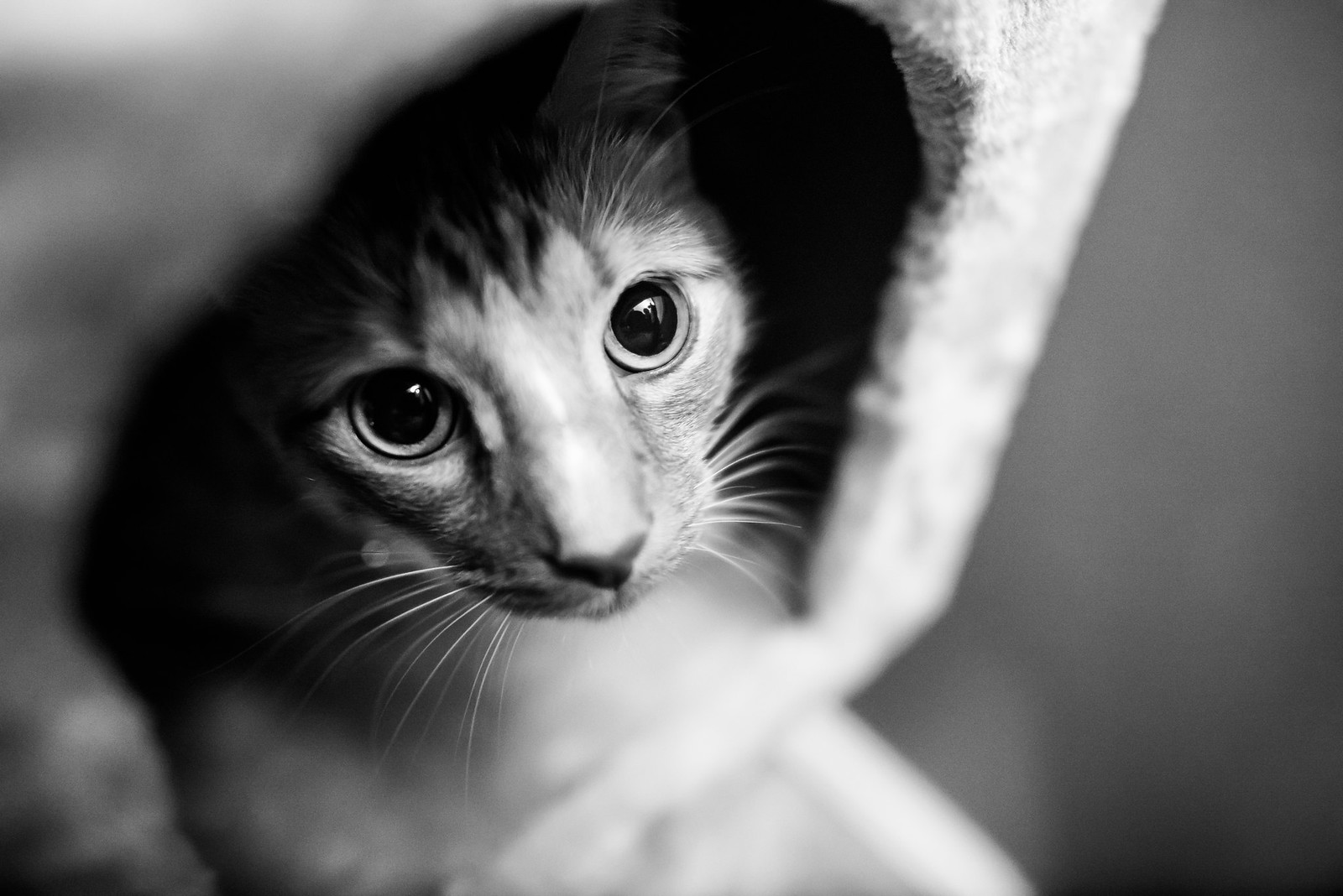 Here’s a picture of Mango. This little guy is pretty cute. This was shot with the 24mm f1.4, wide open. It’s such a good lens for making animals look super cute. 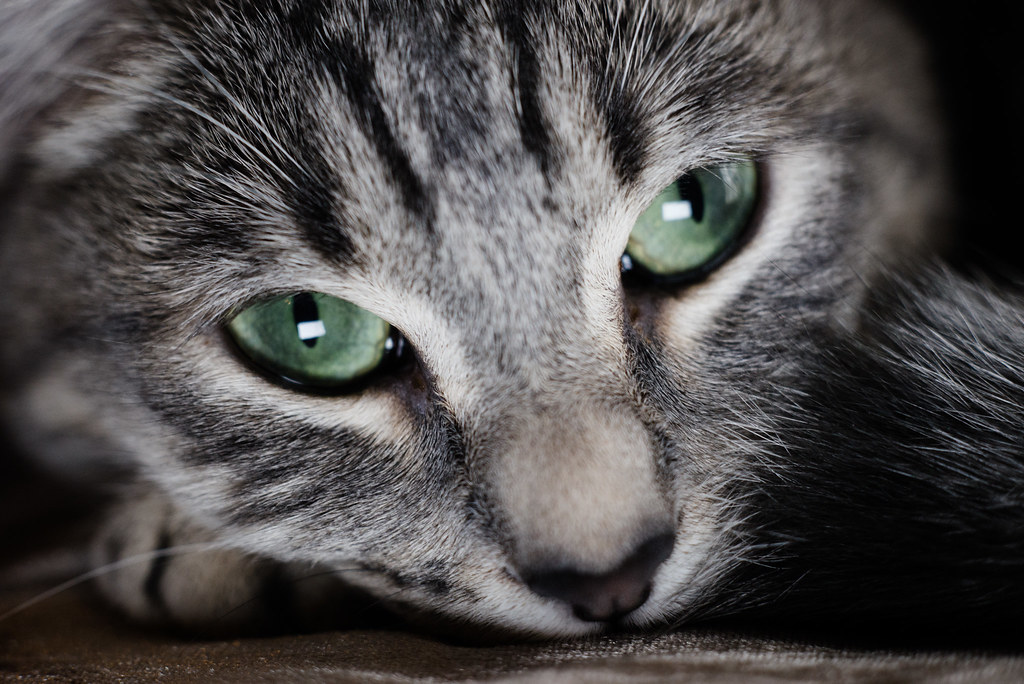 So, while I was back on the east coast, I took a bunch of photos with Ellie. This one was shot using my dad’s vintage Nikon Micro 50mm f3.5 and was lit using my iPhone. I mean, this lens sells for $50 on ebay… and it does a pretty damn good job. 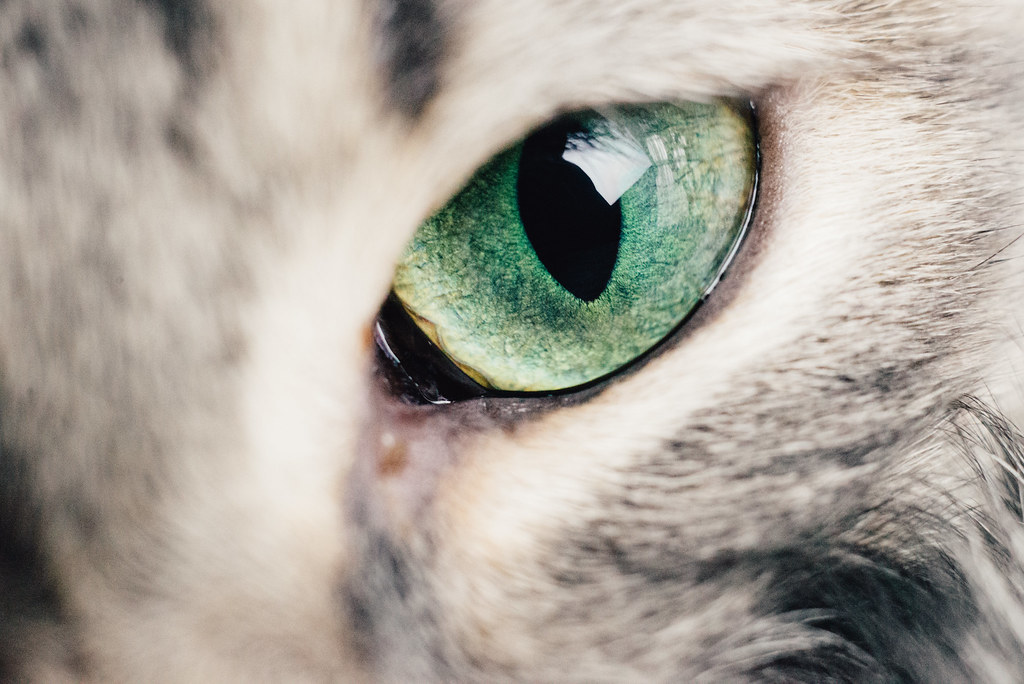 I’m just blown away by what kind of photos you can get from such an old lens that doesn’t have a f1.4 aperture. This one was shot using an extension tube… I mean, it was probably shooting at f5.6 or higher. 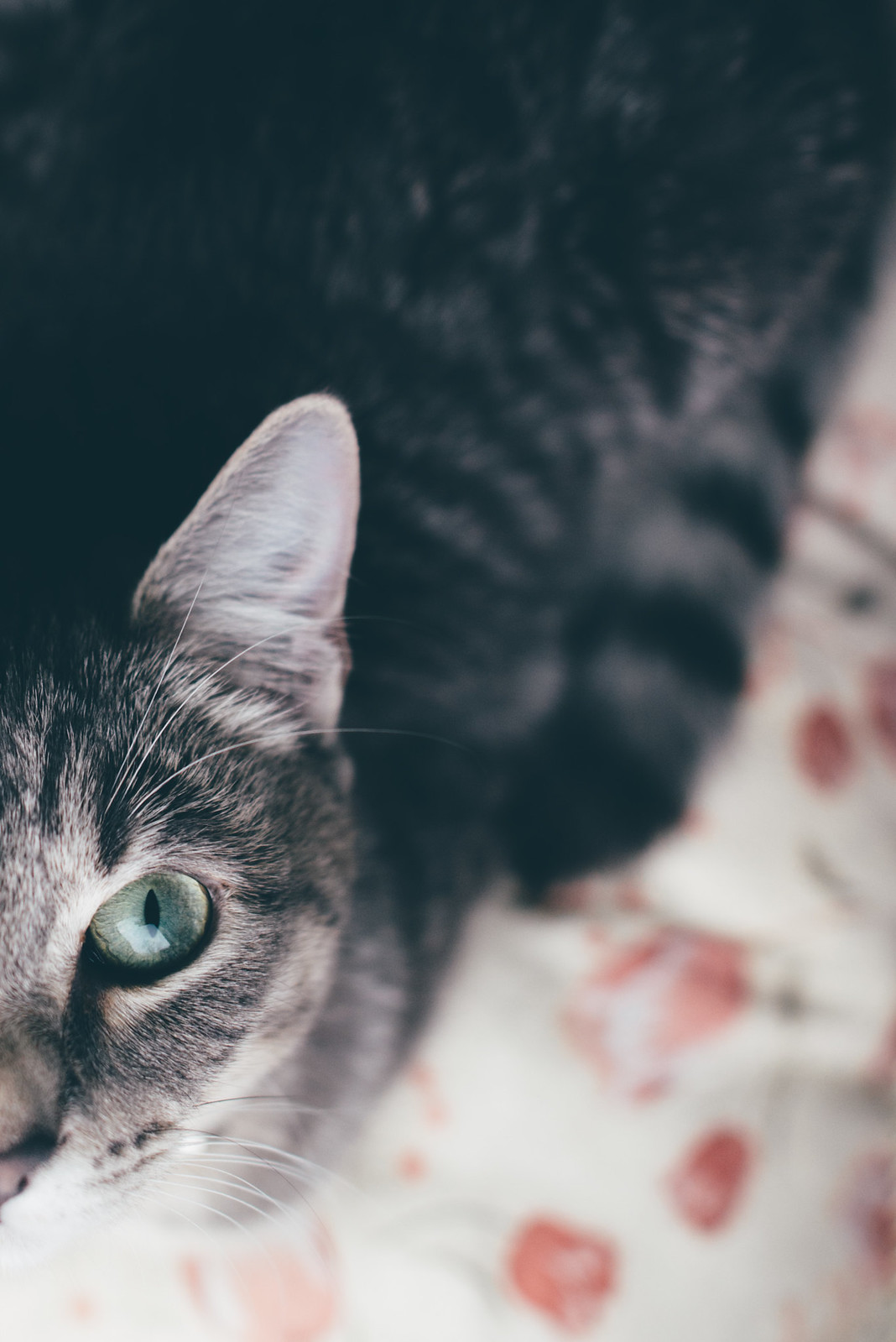 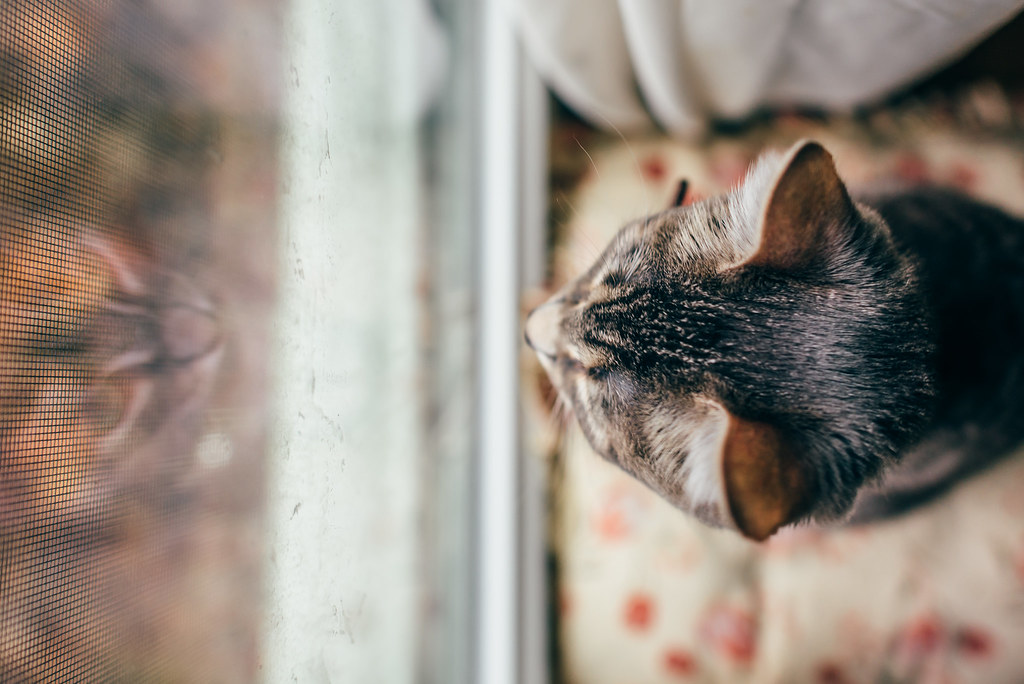 It takes a little time to go through all the photos and clean things up in Lightroom, but I kind of enjoy it. 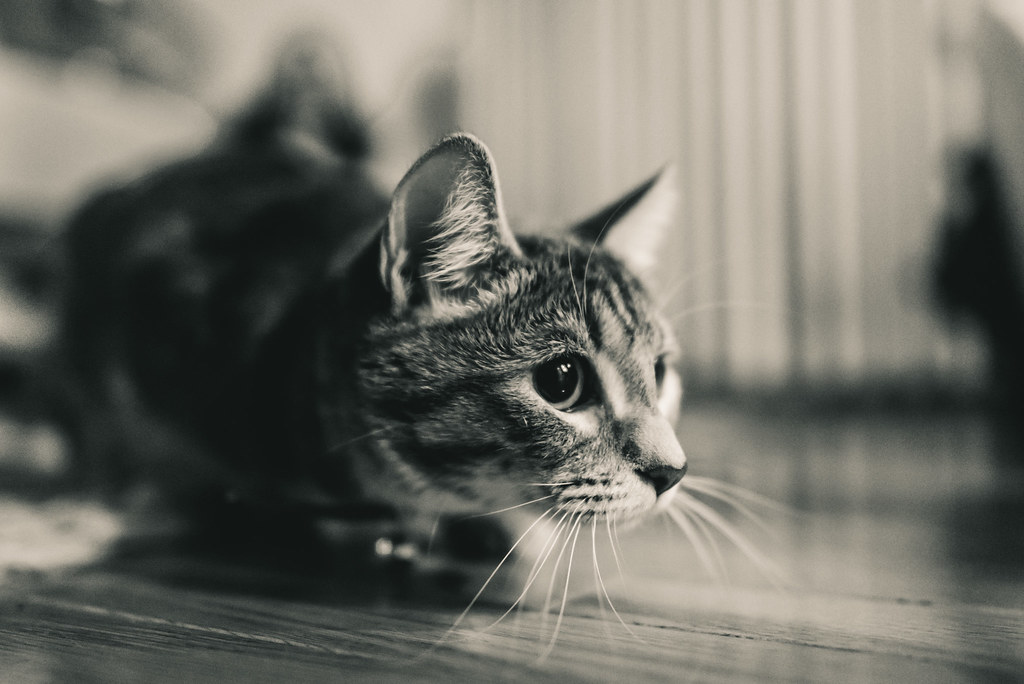 It’s ironic how I used to take more photos when it was harder, back in the day. Now that photography is so accessible, I find myself actually taking less photos. 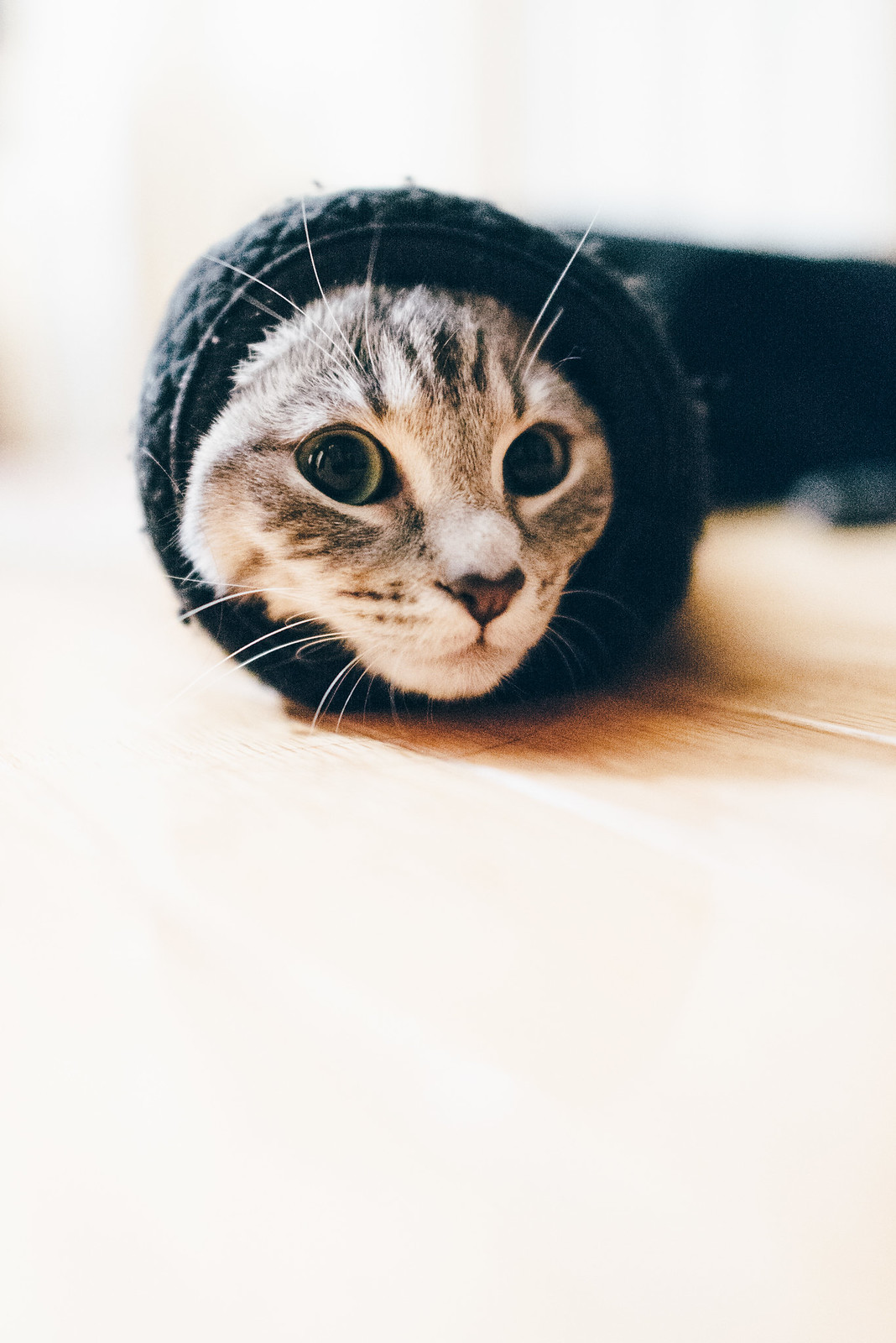 I definitely share stuff, but it’s different. There’s something special about creating a photo, versus snapping a shitty camera pic. Don’t get me wrong, a craftsman doesn’t blame his/her tools… but there is something nice about playing with taking photos with some old school manual lenses. 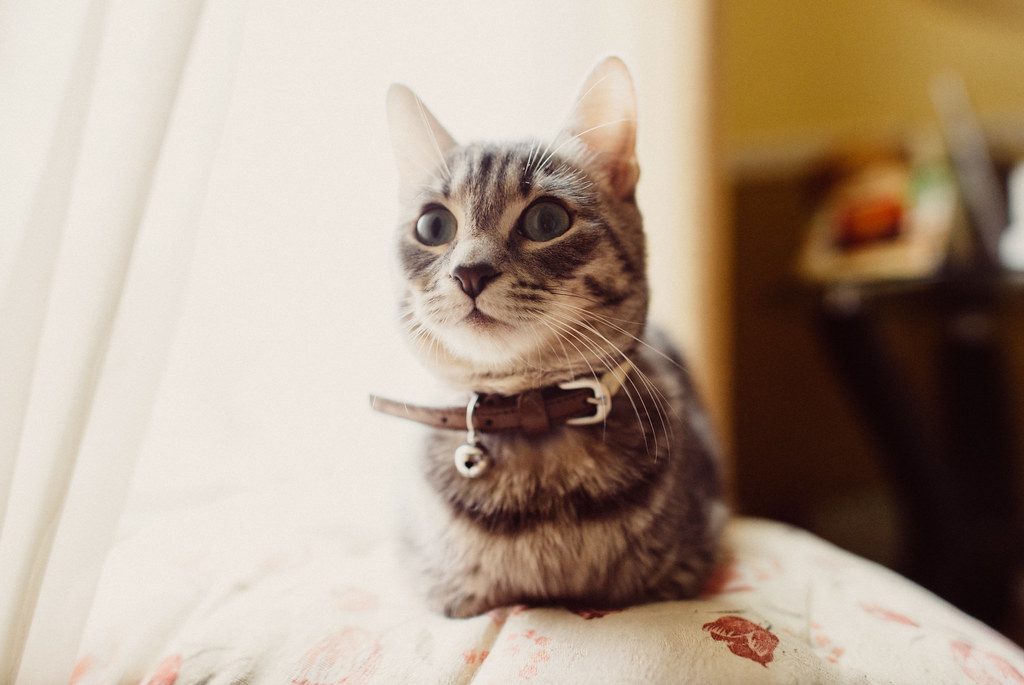 She’s pretty adorbzzz. I shot these at 24mm f2 to get a little more sharpness. 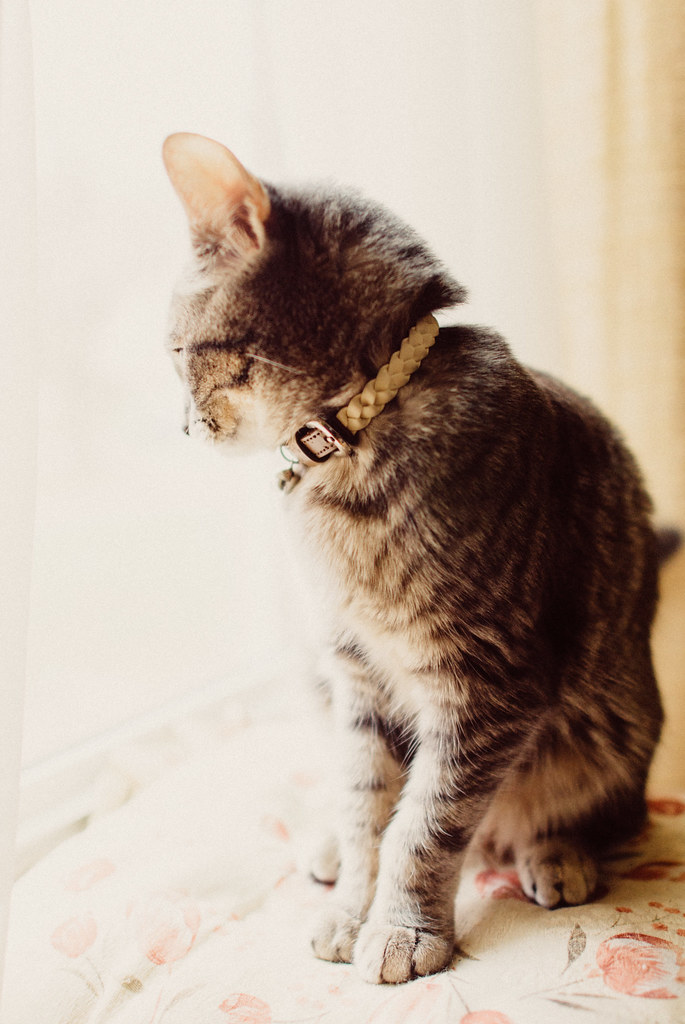 I think I’m going to try getting a close up of her with an 85mm.

On a side note, I’ve been debating whether I should get a 35mm or a 50mm to add to my collection. While I love my 24mm and 85mm, it’d be nice to have a lens that can capture something closer to what the human eye sees. What do you guys think? 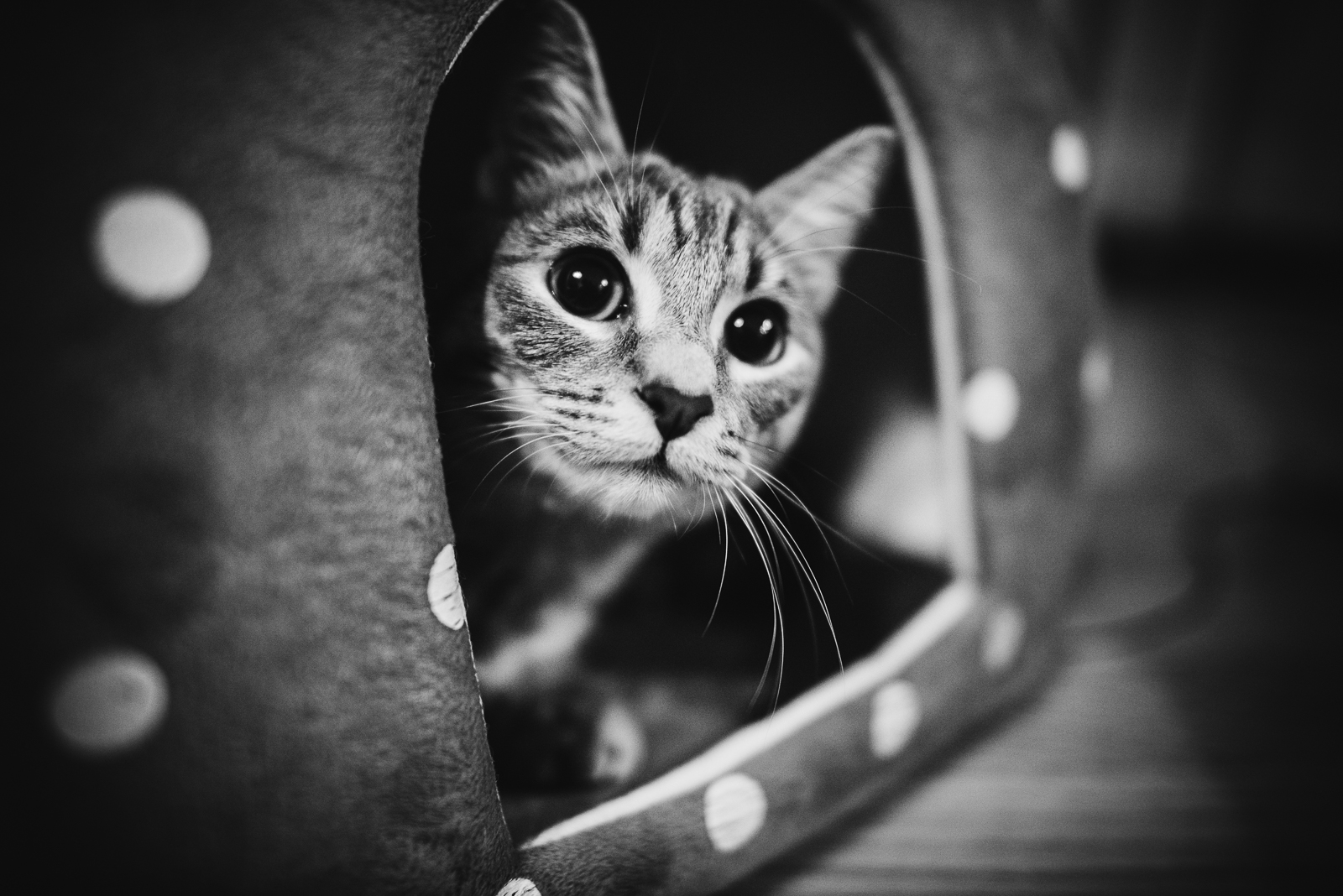 Here’s are a couple of pics of Ellie. I shot these a couple weeks ago when I was staying with Annie. 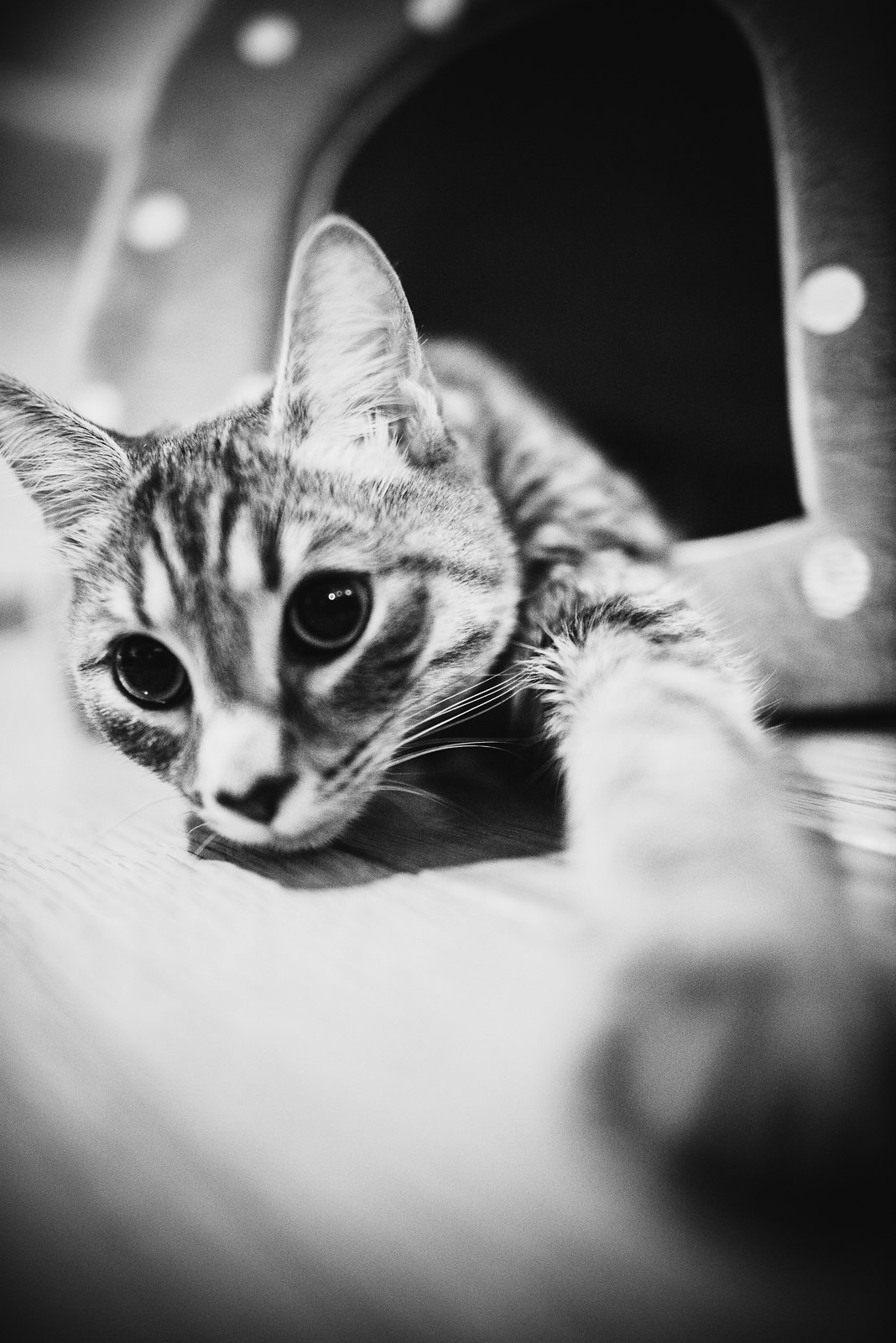 I think I probably should have shot them at F2, just go get a little more in focus. 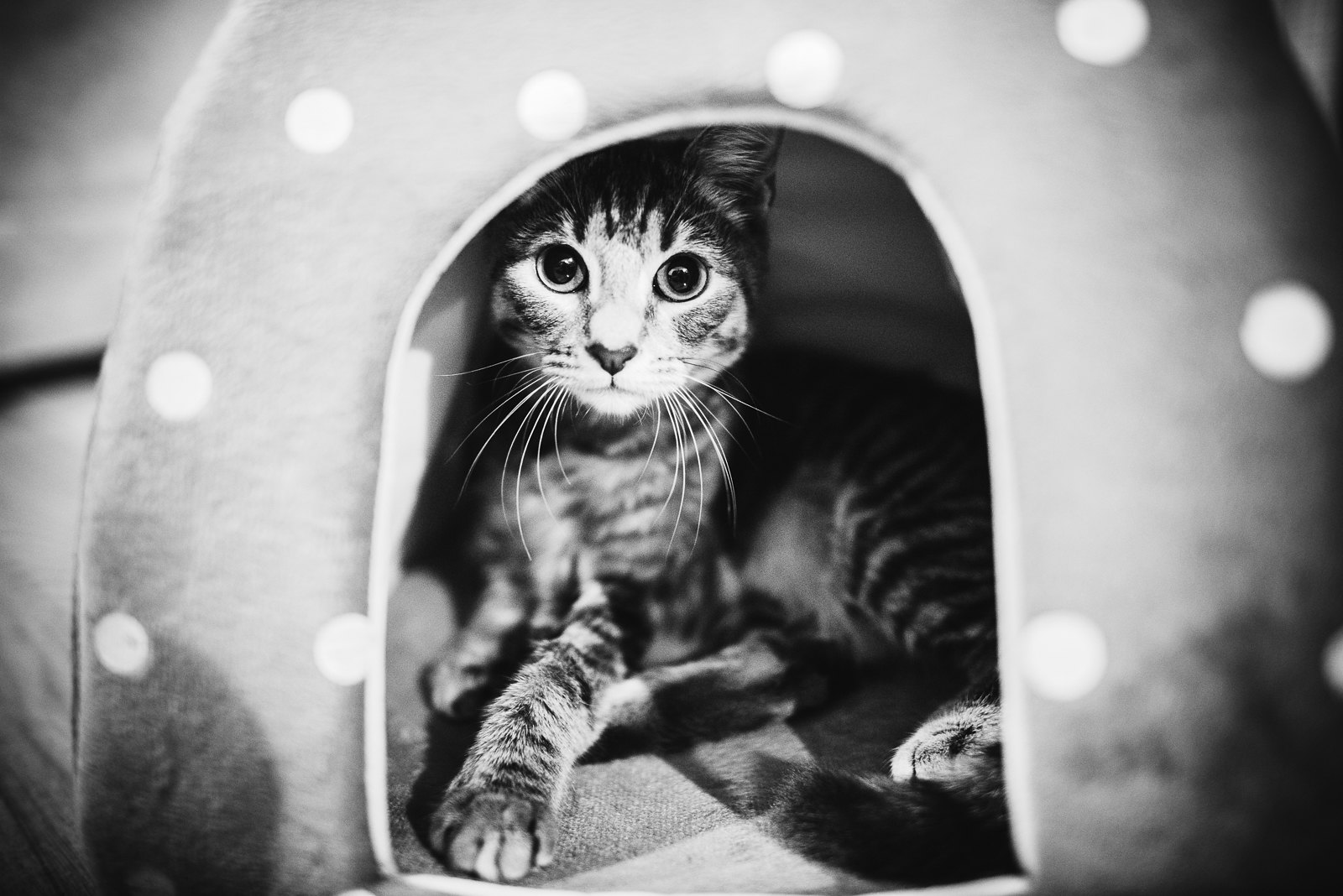 The shallow depth of field with a 24mm 1.4 is pretty tight. Anyway, she’s pretty cute. I’ll see if I can snag a couple more photos when I’m back on the east coast. 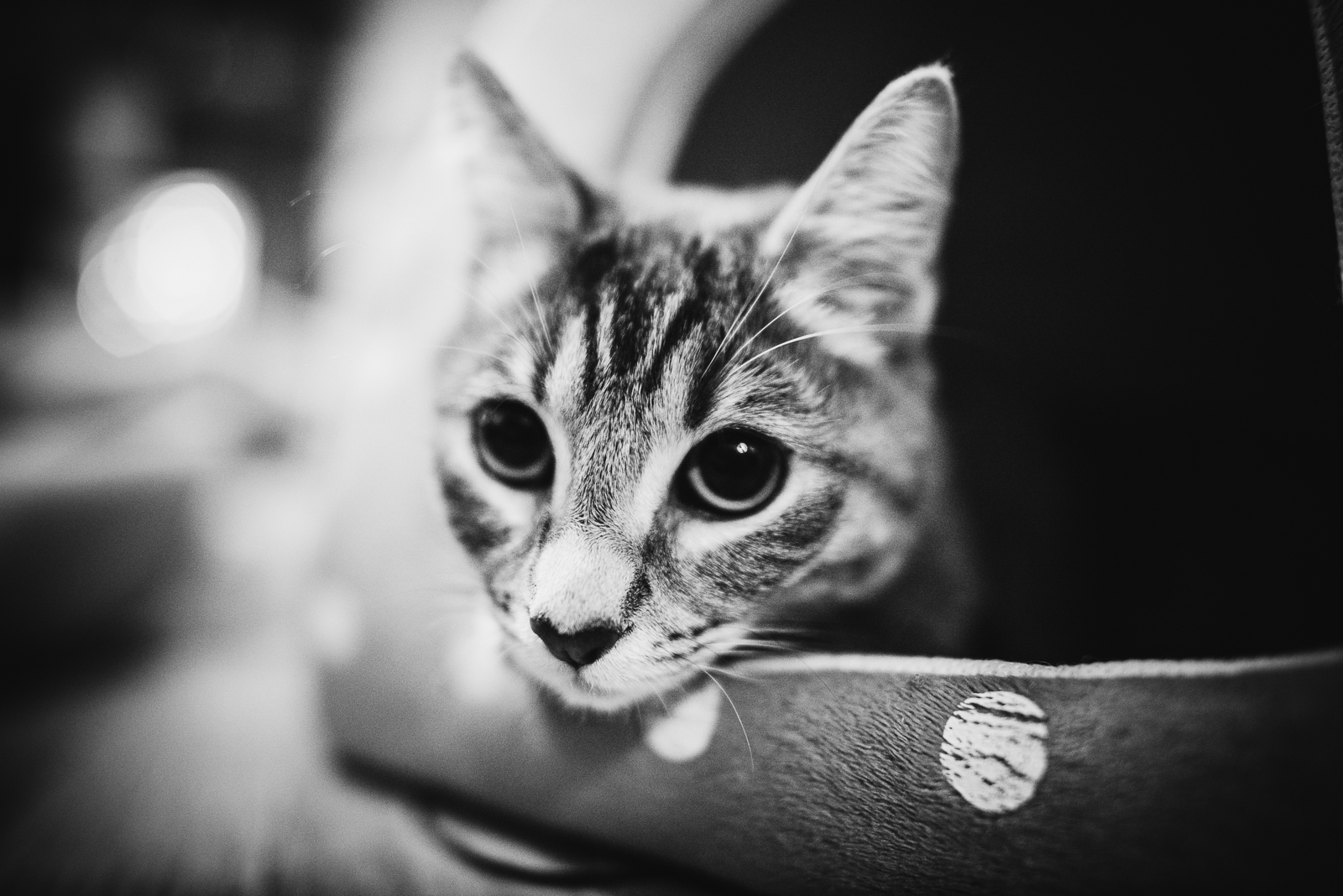 I’ve never really been a cat person, but she’s pretty cute. However, I don’t think cats are “low maintenance”. I actually think they require a good amount of attention to make them happy.