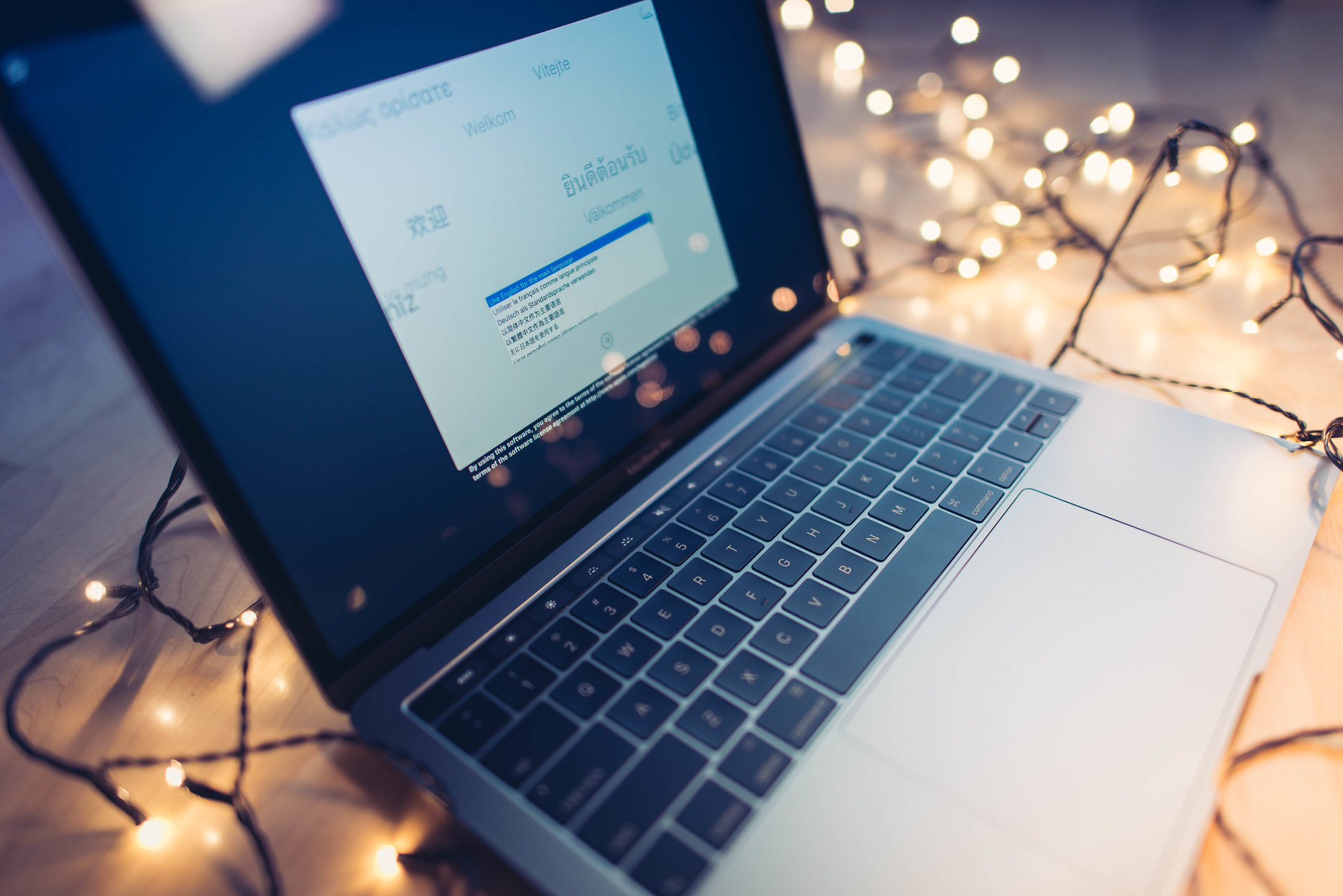 Opening the new MacBook Pro 13″ for the first time.

I’ve been waiting for this new Macbook Pro for a looooooooong time. I’ve owned or used every single Apple laptop since the Lombard… and I can say that this model is pretty amazing. I still need to run it through its paces, but it feels great. The most impressive thing about the new MacBook is the screenâ€”finally… it’s bright, with beautiful colors, full of contrast. 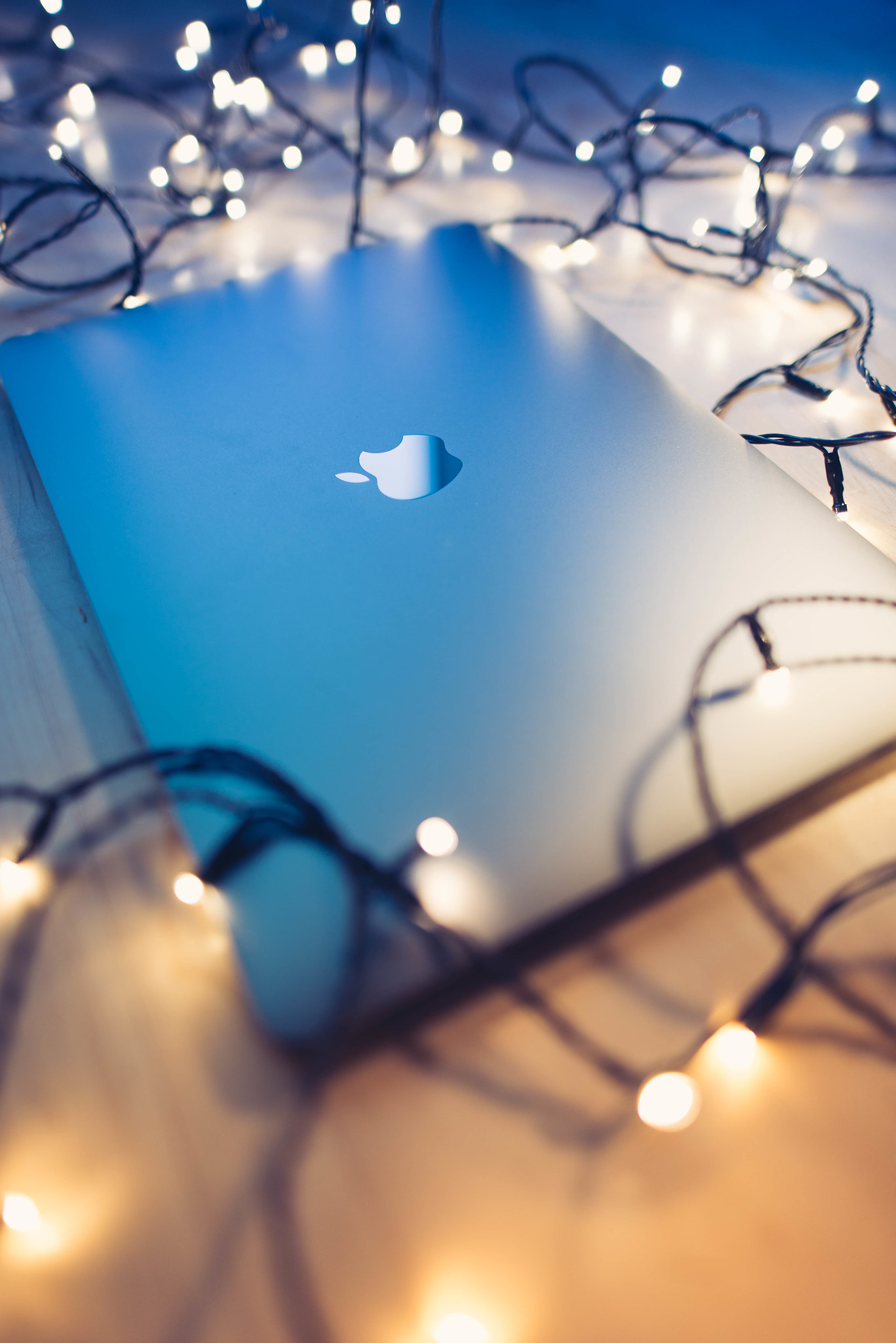 Refined on the inside and out.

This is the first time that I’m using a 13″ for design, photo, video etc. Typically, I opt for the 15″ because it usually offers more power (and a better graphics card), but this is the first time I’ve felt like I don’t need that extra juice. This package offers the right balance between portability and performance.

I wanted to thank my team and Expa for hooking me up with a new machine. I’m looking forward to building beautiful products with this new MacBook Pro.

Shit, my MacBook fell off my bike.

Photo of my Macbook after it fell off my bike.

Shit. On my bike ride home tonight, my bag fell off my rack after I hit a really hard bump on the road. Somehow the bag (which is connected to my rear bike rack), unlocked itself, causing it to fall off while I was riding at around 20mph. When I turned around, I noticed that my bag was missing off my bike, and I road back.

Some guy, in his car was staring at my bag (as if he was going to take it). I swear, some people are assholes here. Had I left it there for another 30 seconds, I think he would have swindled it.

Anyway, the laptop was in a protective sleeve, but it didn’t provide enough protection against the asphalt. I have a huge dent on the corner of the MacBook, and part of the screen is cracked now. This totally sucks because I love this machine and it has been my work horse for the last year and a half.

Right now I’m blogging from my old broken MacBook Air from 2010. Maybe I should sell this one off too and just put it all towards something new. Or maybe I shouldn’t buy any more computers for a while and just stick to using my iPhone. Lol.

Anyway, I’m really bummed b/c I really took care of that thing… and my stupid bag had to fall off. Thankfully, I didn’t have my camera in there as well. I think in the future, I’m going to keep anything valuable in a book bag instead. I have so little in my life (in terms of material objects)… so it really hurts when I break a tool that I use every day. *grumble*

Okay, that’s enough moping for now. I’ve gotta consult with my team and get their advice.

Getting My 2010 Macbook Air 11″ Diagnosed at Apple 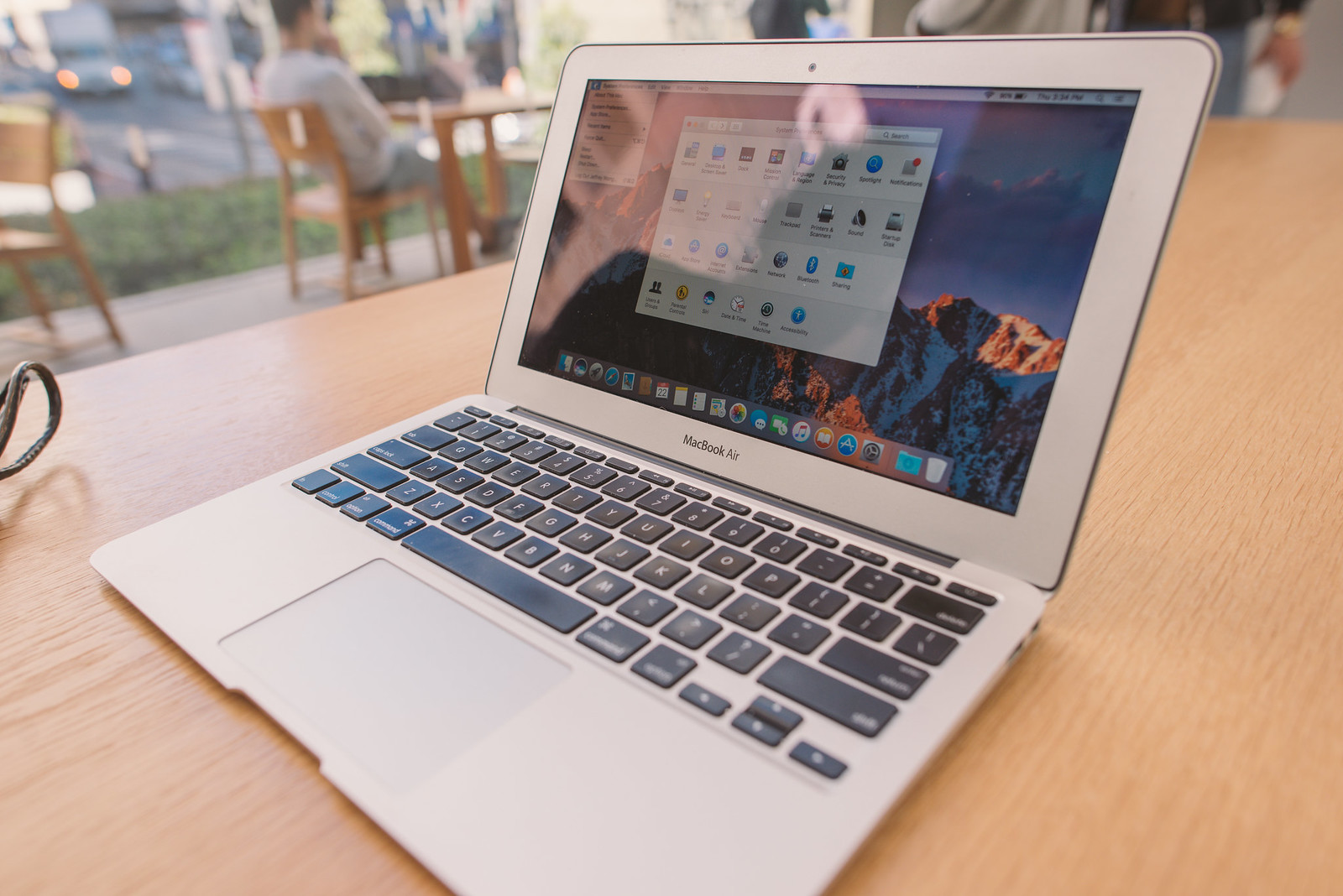 My Macbook Air was having some issues shutting down when I closed the lid, so I took it into the Apple Store to get it diagnosed. Looks like there’s a hardware issue. Doh. 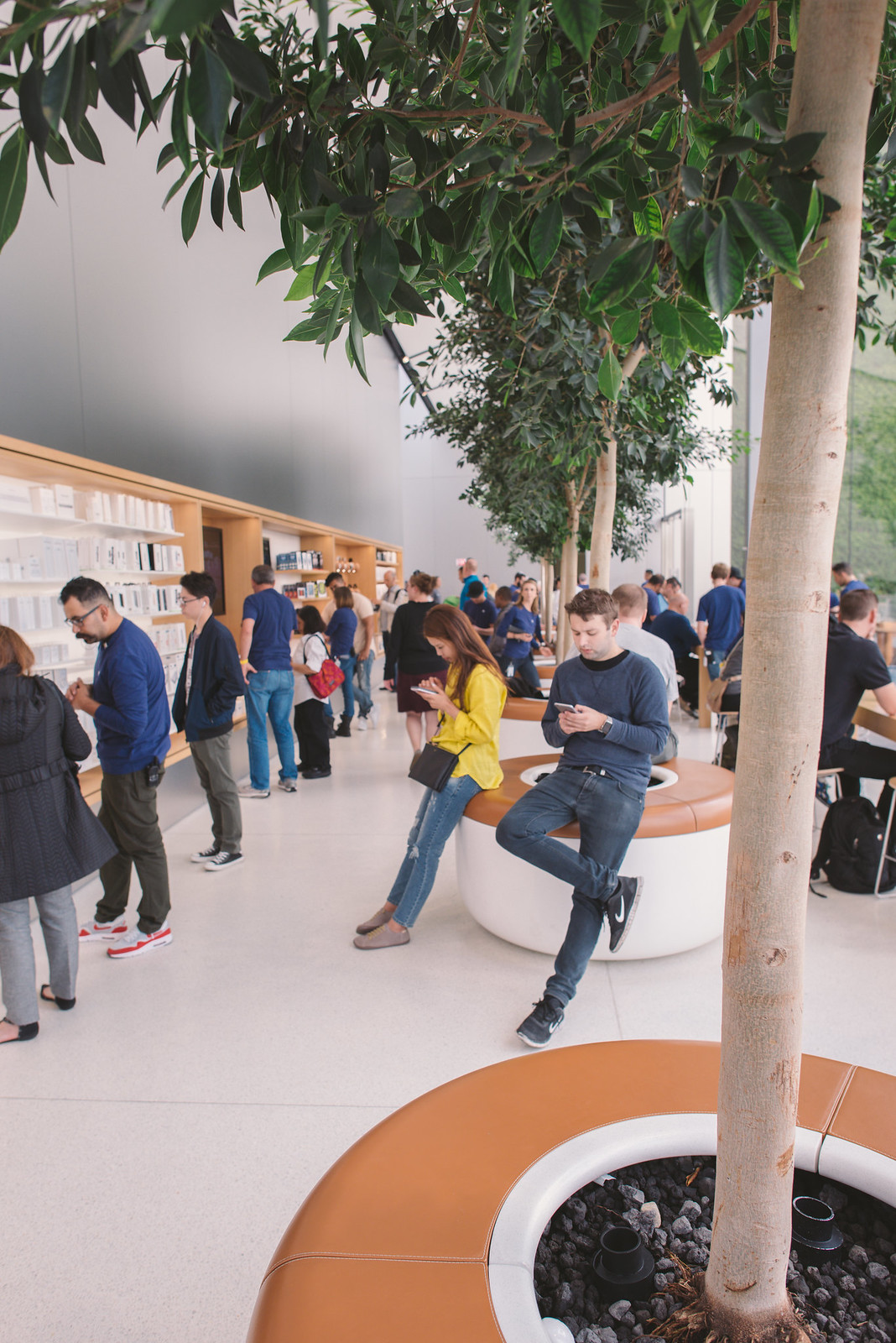 Customers shopping and waiting for Apple technicians to help diagnose their issues.

Apple has offered to replace the logic board for $280â€”a reasonable price, but I think that I’m going to use it as it is. Eventually, I’ll sell it on Craigslist. 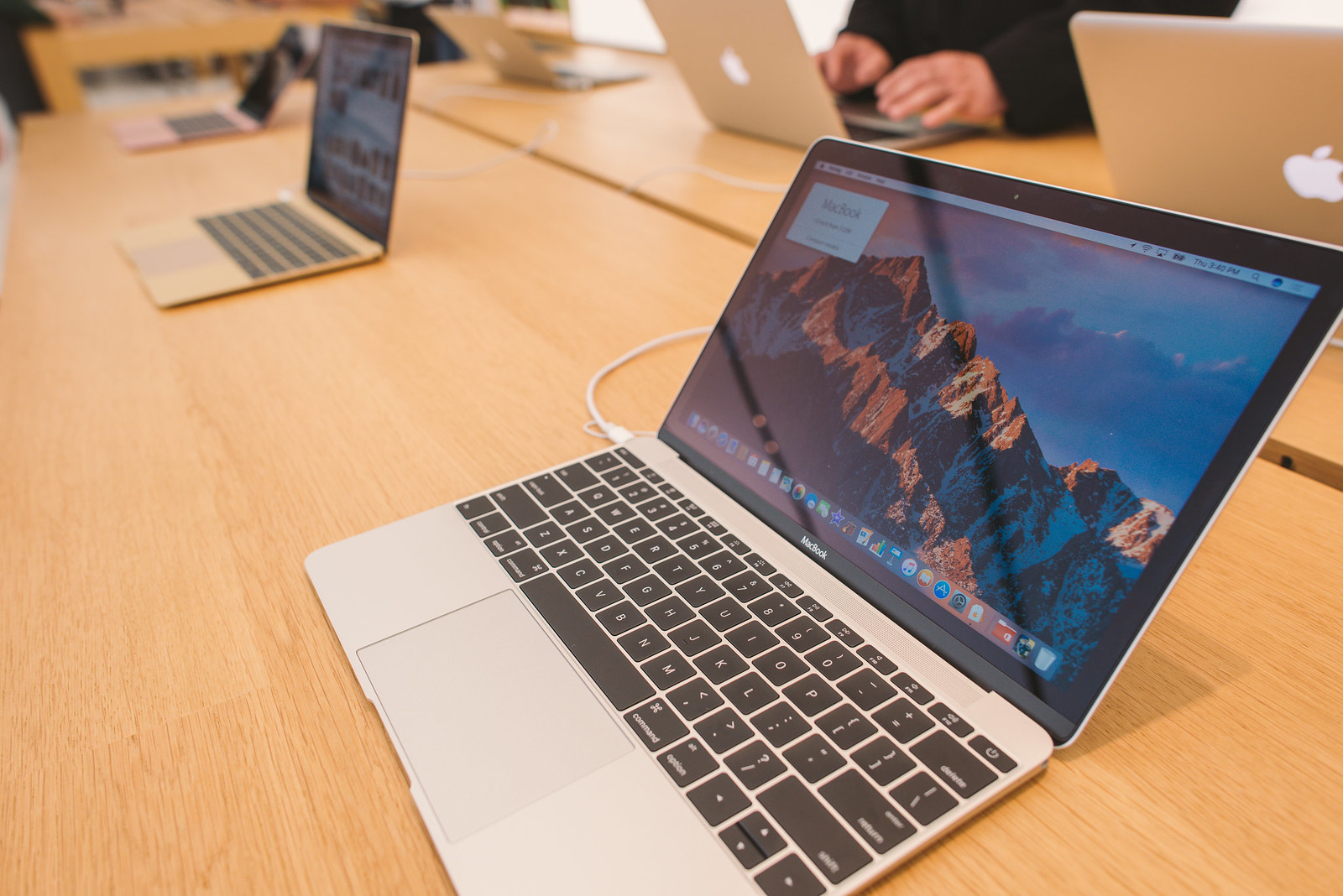 I will say that if I was in the market for a new laptop, I’d be interested in the new MacBooks. So nice… Okay, I’ve got to stop looking! My life is served perfectly with my iPhone and 15″ Macbook Pro. 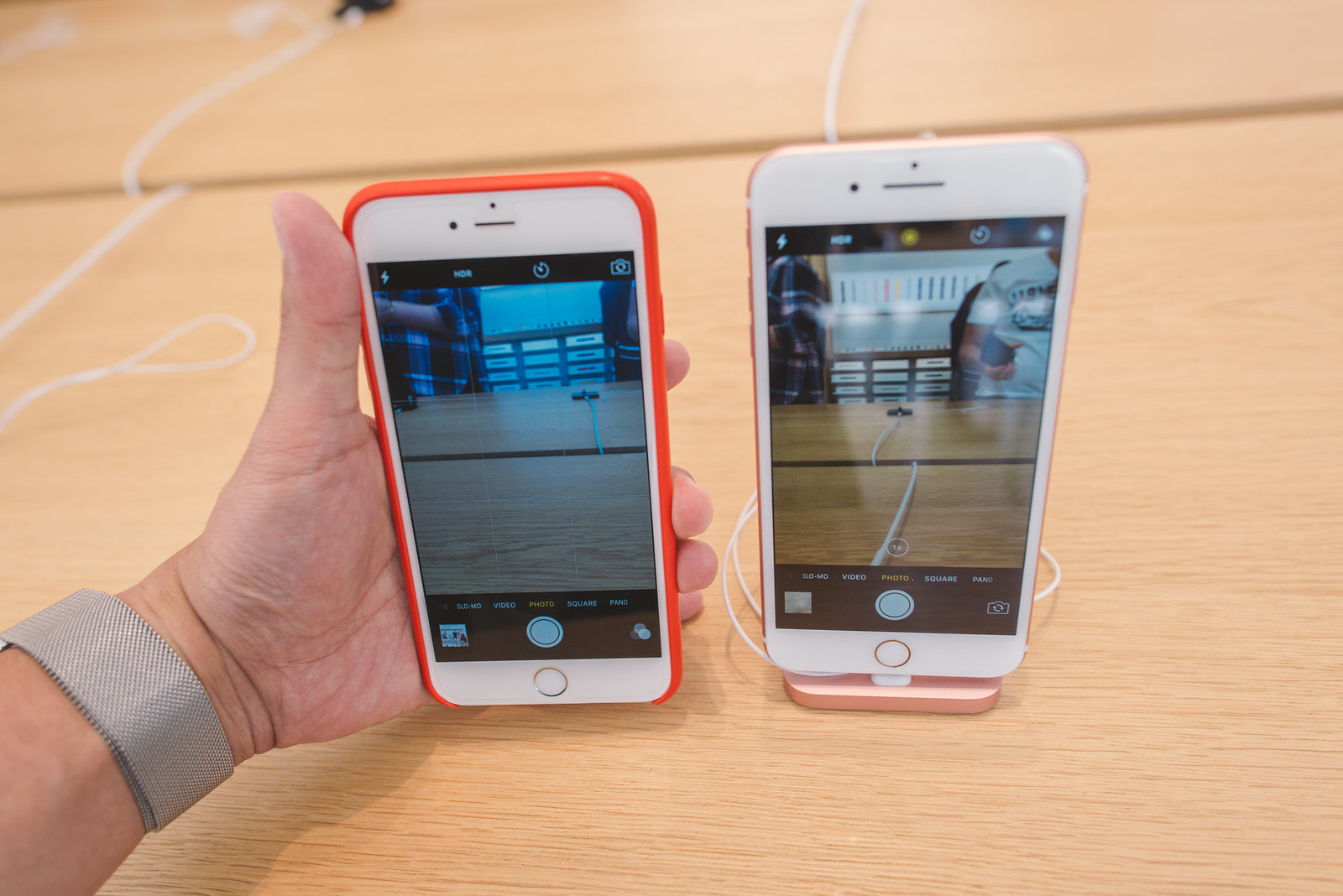 While I was at the store, I checked out the new iPhones. They’re pretty much the same form factor. The new 7 plus camera is actually a huge improvement on both sides. 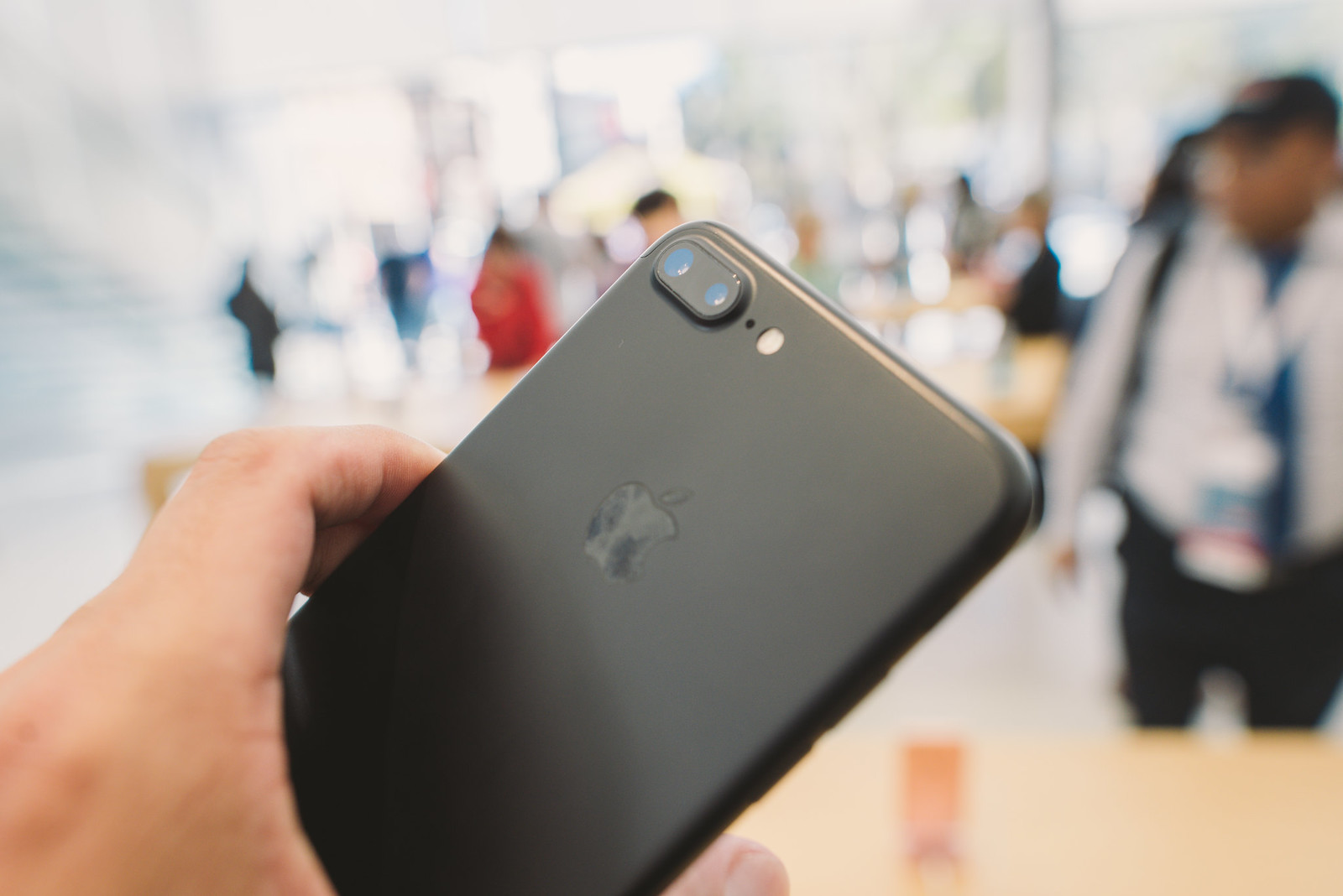 iPhone 7 Plus back side camera.

Right off the bat, the colors, detail, contrast and zoom are way better. The optical zoom is definitely cool. 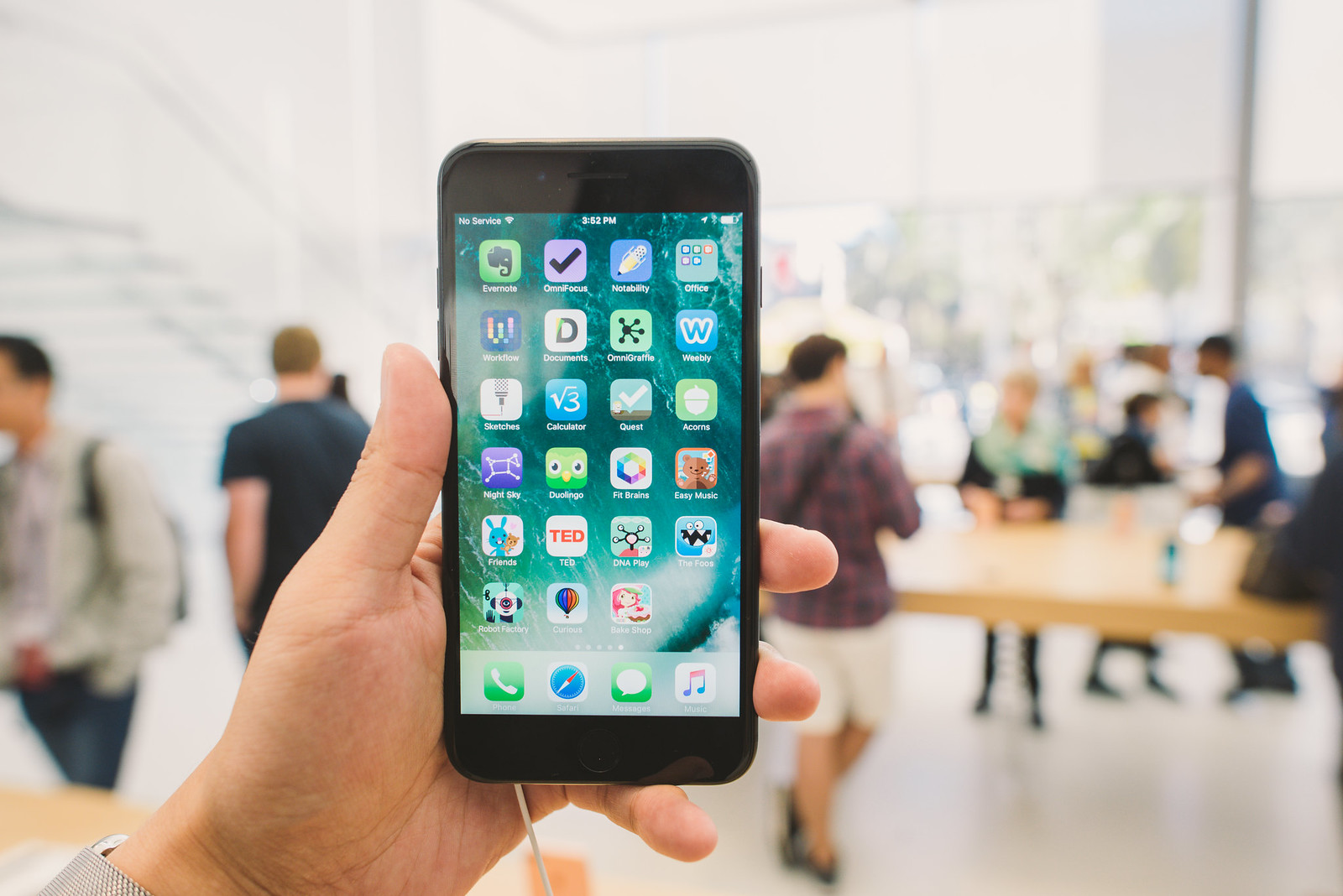 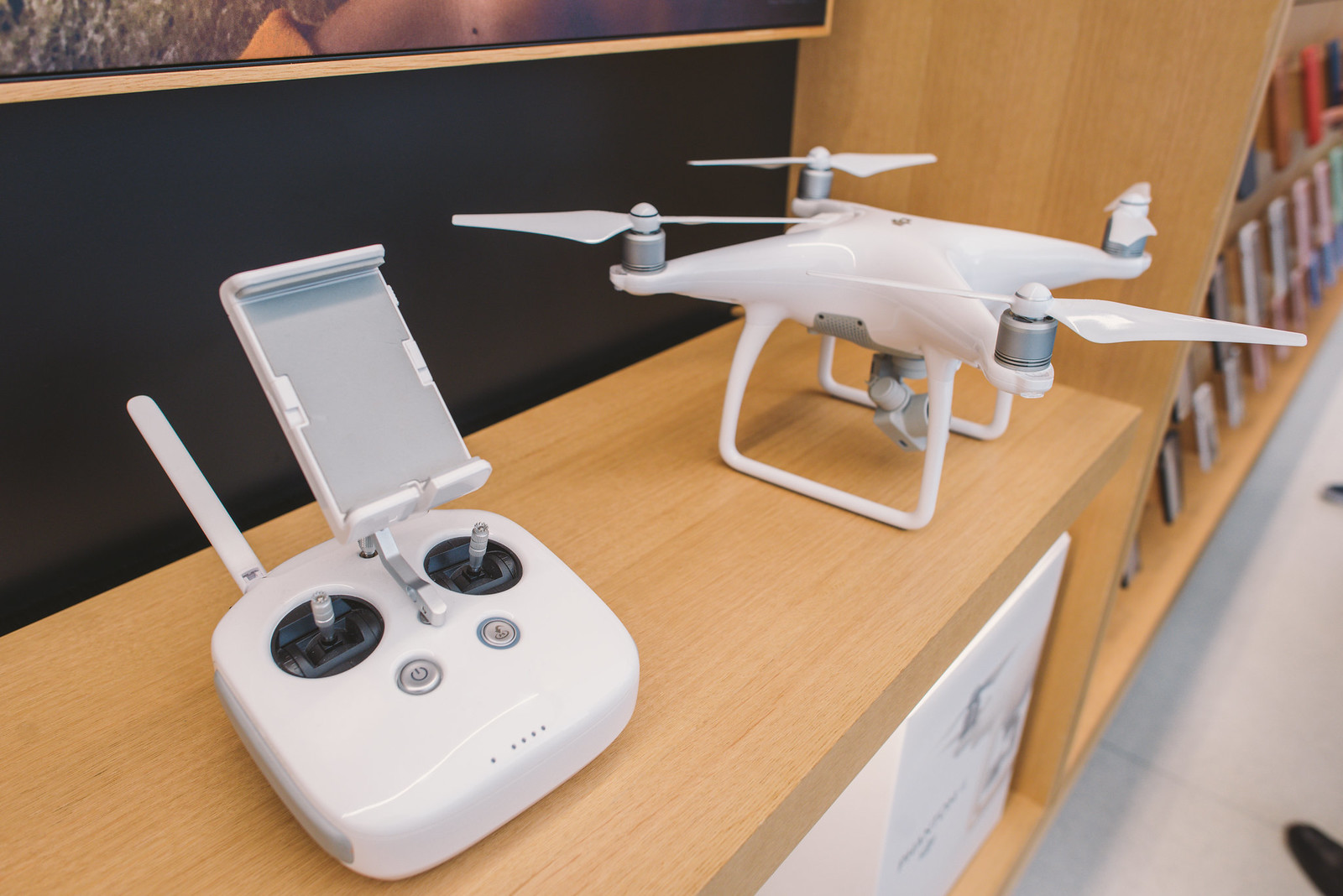 Whoa, they’re even selling the new drones there. That would be a fuuuuuuuun toy. 4k… Curses, I need to stop looking at this stuff. 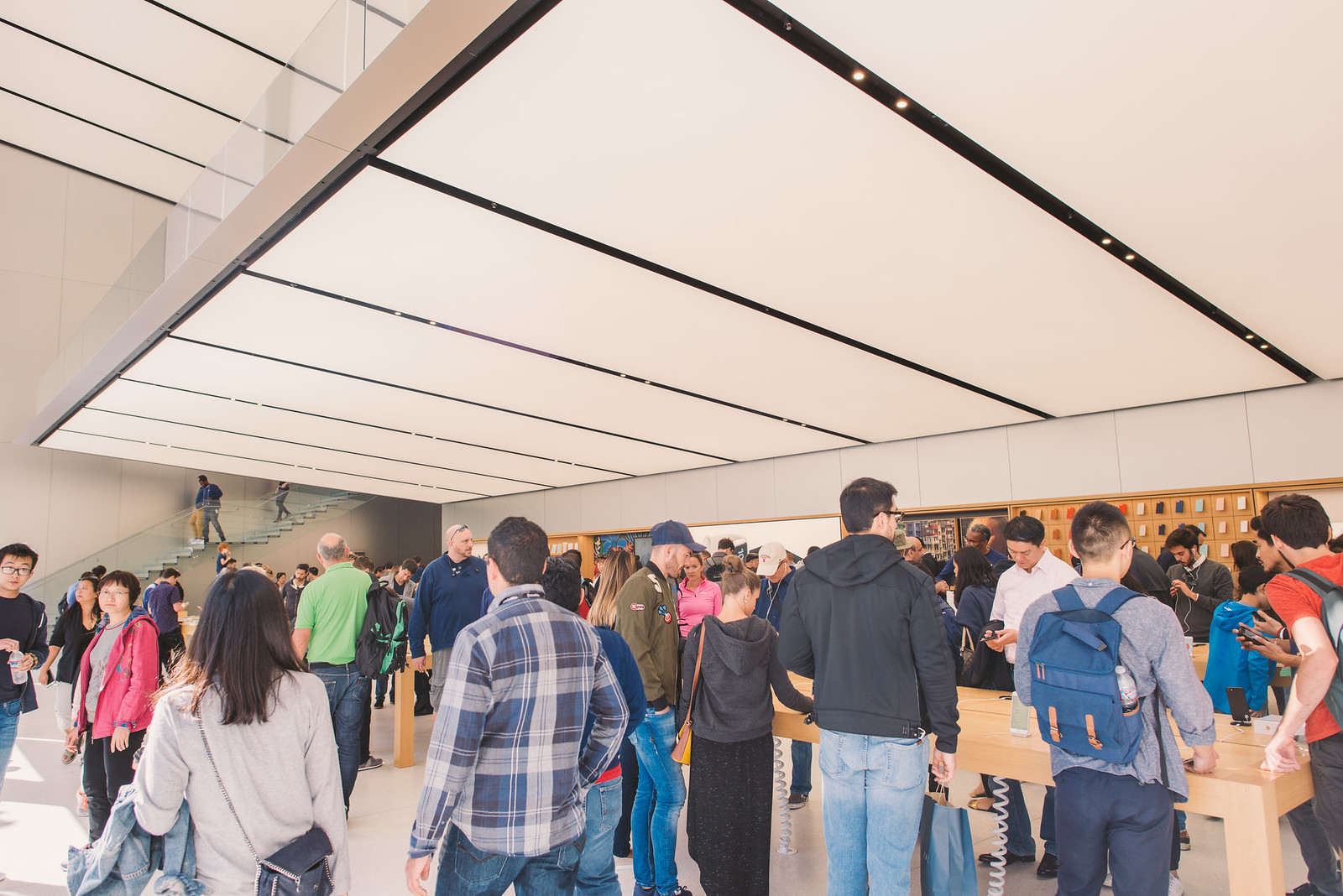