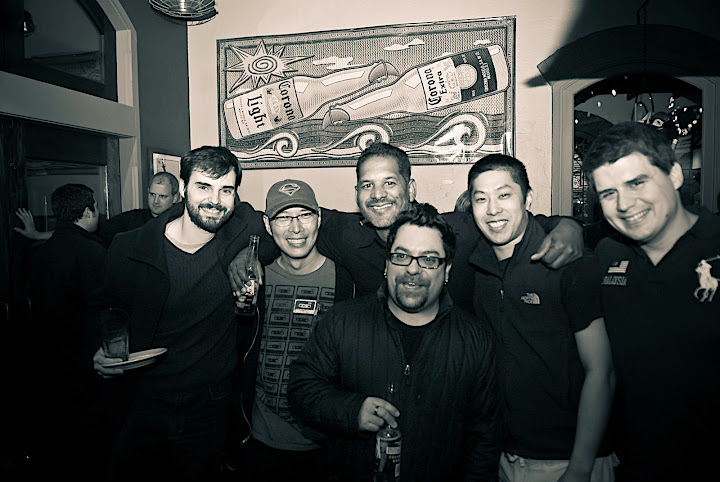 Clearspring (the parent company of AddThis) threws a holiday party at On The Border last night. It was nice to finally catch up with of the folks and celebrate all our accomplishments. You’ll notice that me and Foo were captured on camera for a first time in this photo. 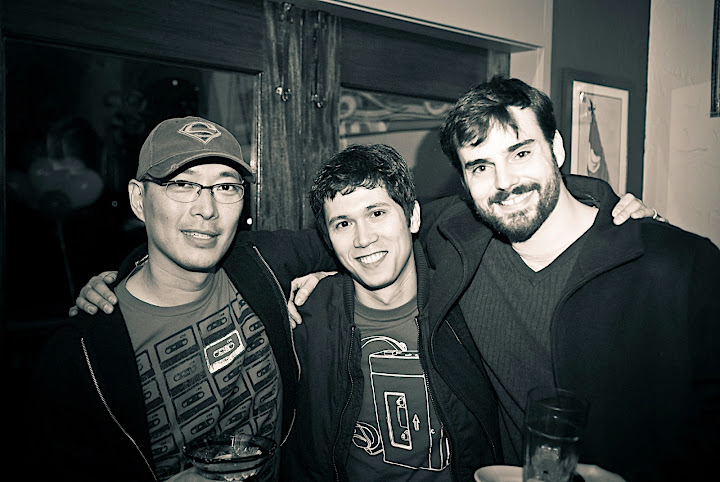 These are the brilliant designers behind some of the most popular widgets on the web. Ben (left), Steve (center), Clay (right). 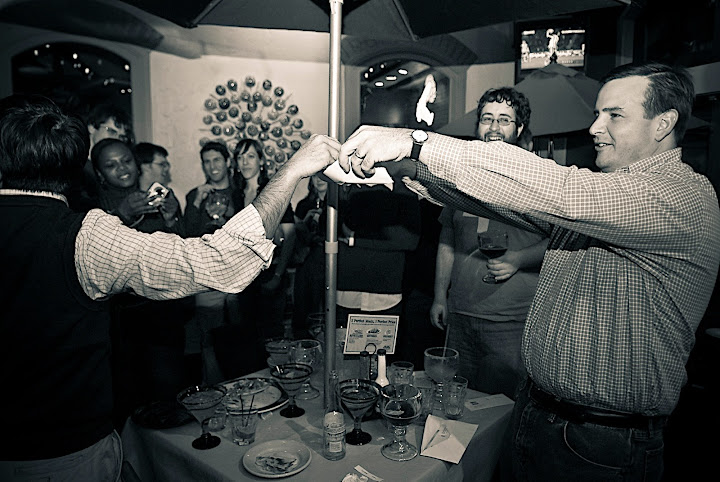 Robert (right, holding the envelope) threw together a little raffle prize for all the employees at Clearspring. Rajan (left) is pulling the first, out of 5, names out the envelope. While completely randomized, Robert was the first person picked. This was followed by ensemble of cheers, boos, and laughter. Robert, shocked, was generous enough to return the prize and redraw. 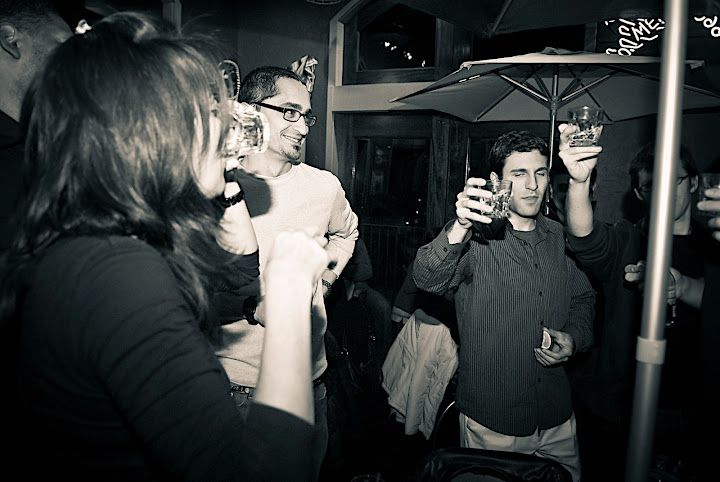 Celebrating with what seems to be Patron. Cheers! I’d like to note that Will is grinning from ear to ear. 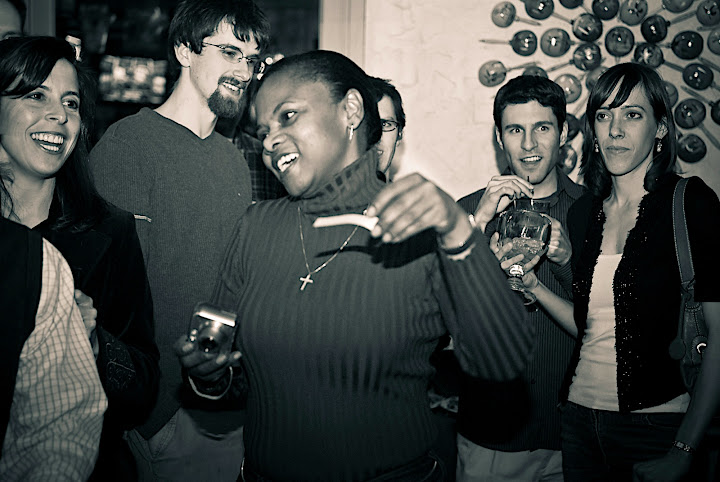 Carol (center, holding the raffle ticket with her name), was one of the winners. She also later received a gift, organized by the team, as a thanks for all her dedication, hard work, and taking care of us at the office. 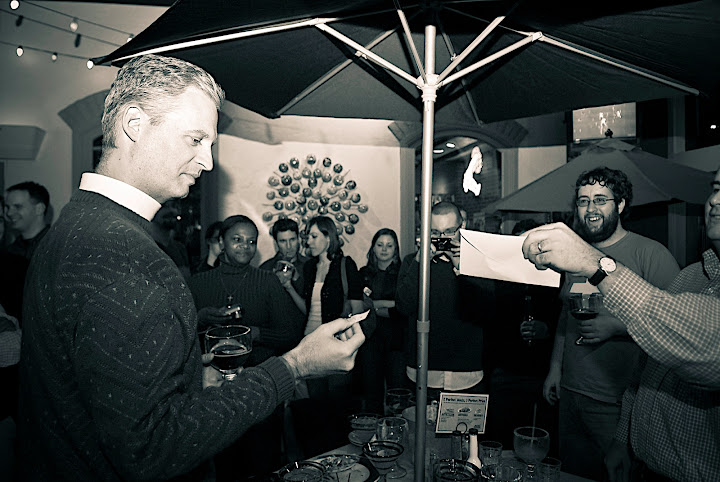 Joel (left) picks another name from the raffle. Christopher (the guy, shadowed directly beneath Joel’s chin) was another fortunate winner. Matt, one of our lead engineers, won as well. The other three winners were in our sales team, lead by Peggy. 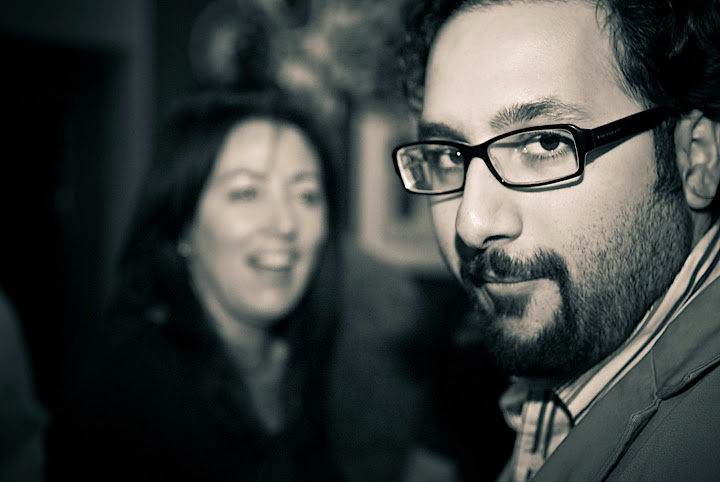 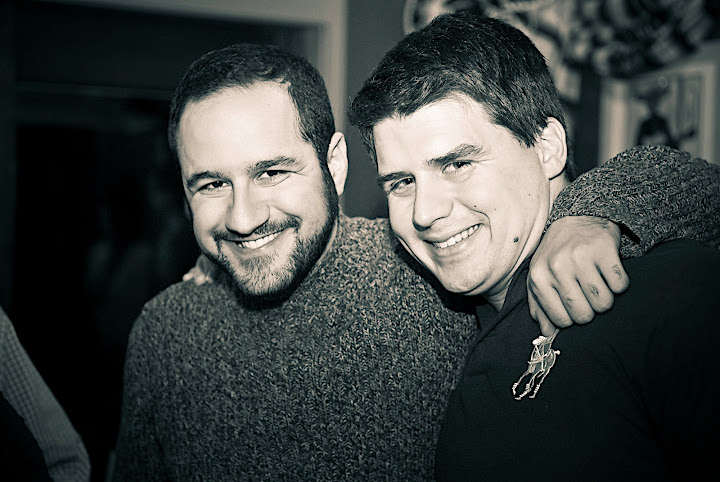 A classic photo of Hooman (left) and Charlie (right). Later in the evening, Charlie talks about one of his old buddies who used to eat a bacon sandwich… yes, his friend microwaved a pound of bacon and sandwiches with bread, then eats it. Charlie explained this was a weight lifting dieting technique. HmmmmmmmMMMMmm… 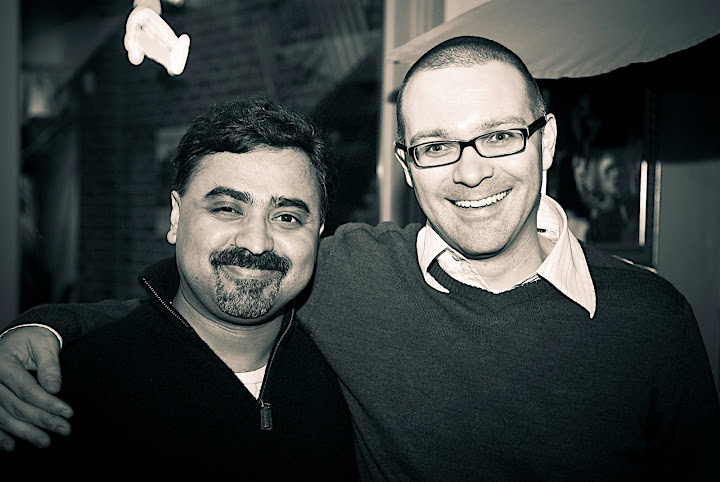 Mano (left) and Rich (right). I’d like to note that Rich has taught me a few tricks in mixing sound in Logic. I’m hoping to pick up some more tips in the future. 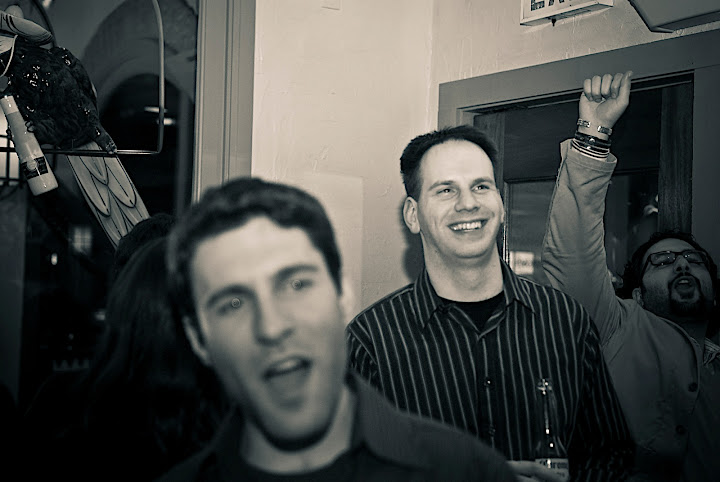 Philip gets a shout out from Hooman in a toast, mentioning his huge contribution to the team, as well as helping us achieve our goals for the year. He is the lead developer behind the AddThis Add-on for Firefox. 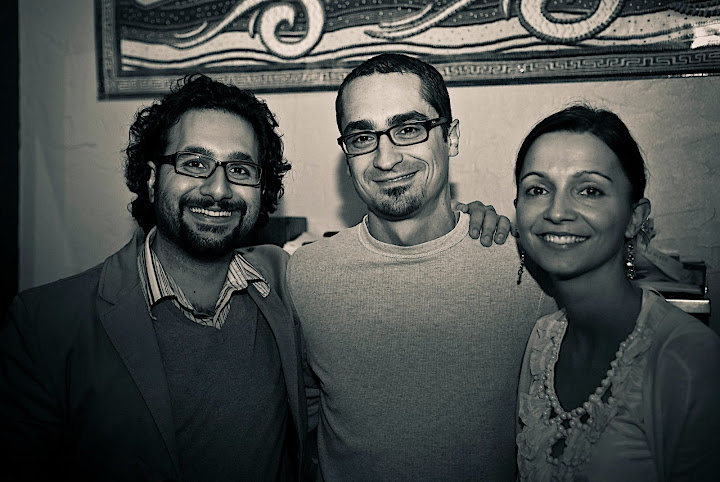 Cyrus (left), Will (center), Will’s wife (right). Nice candid photo of some of the brightest minds and leaders at our team. 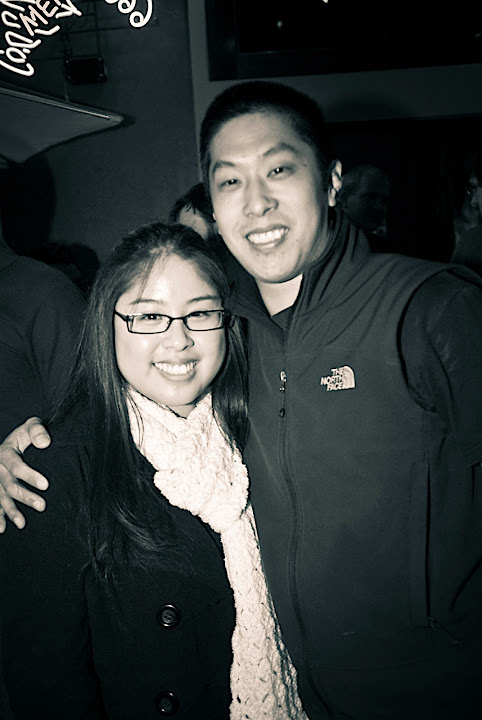 A photo of Annie and me. Carol was kind enough to snag a photo with my camera. It seems people are starting to notice that there are very few photos of me. Heheh. I guess that’s the result of being behind the camera. 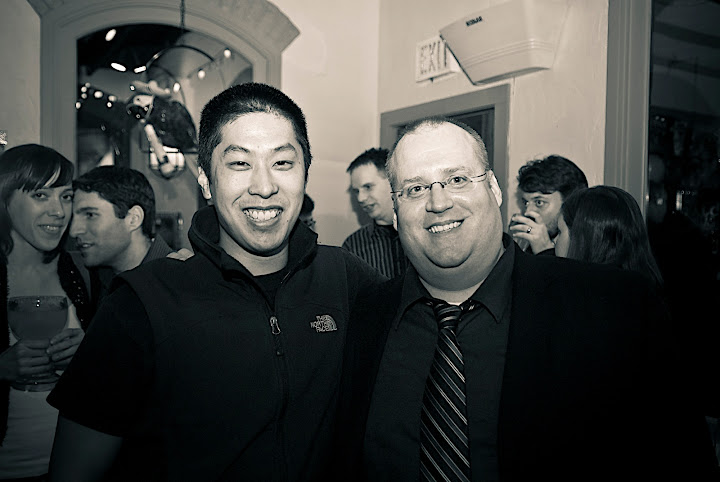 And last but not least, a photo with Jim (right), my comrade and mentor. Love this photo, except my teeth look really big.

If you were at the party and don’t see your photo mentioned in this blog, you can see more photos of the party here. There are just so many great people, and I’ll try to highlight you soon in our next photo opportunity. Thanks Clearspring for a great 2009 and for the party last night.