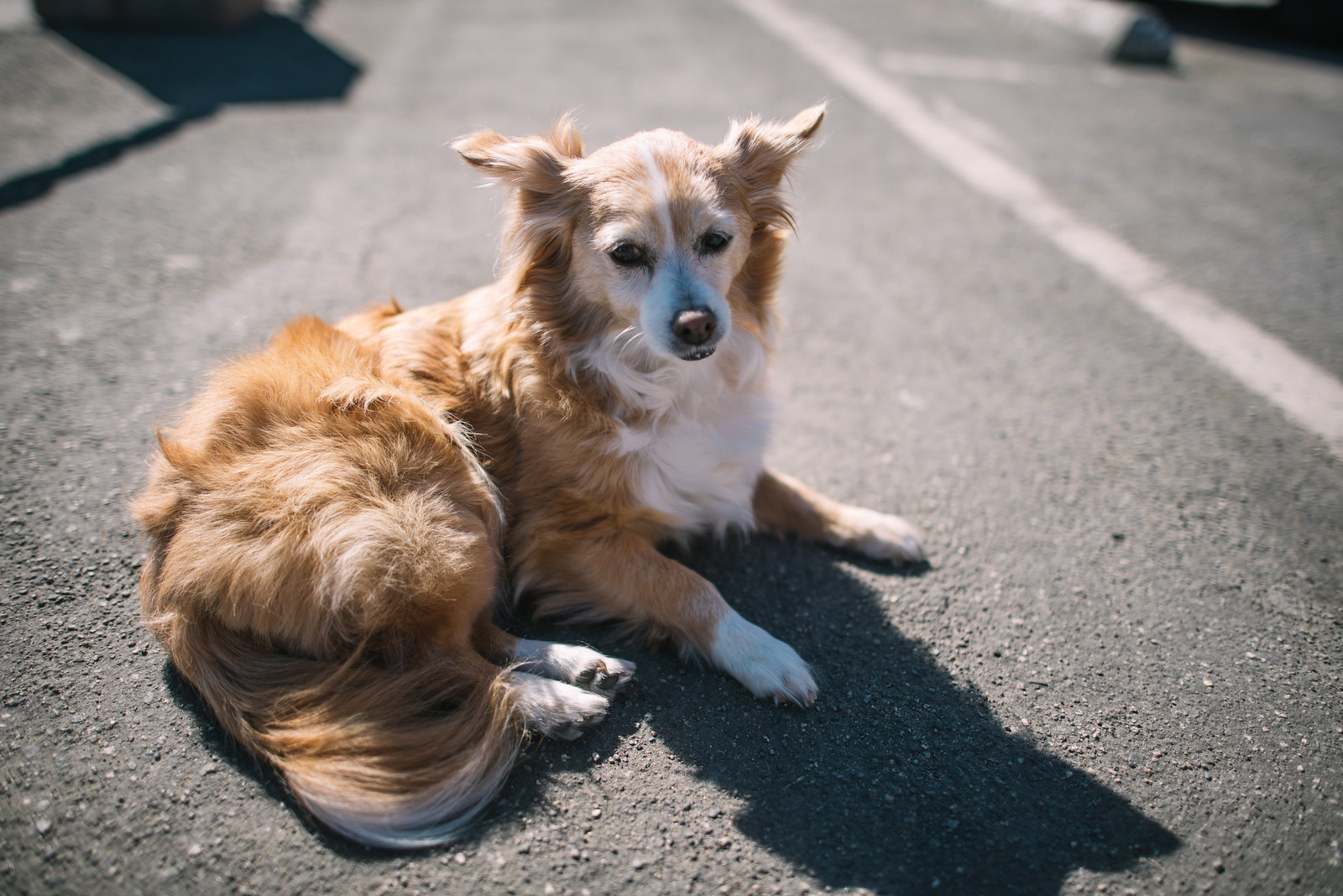 After visiting the Painted Ladies, we took a quick trip over to the Golden Gate Bridge, at Fort Point.

Fort Point is a masonry seacoast fortification located at the southern side of the Golden Gate at the entrance to San Francisco Bay. This fort was completed just before the American Civil War by the United States Army, to defend San Francisco Bay against hostile warships. –Wikipedia

While we were there, we bumped into a cute dog named Foxxy. She was adopted at the age of 3, but the owner said that the shelter said her age was much younger. He said that, they typically don’t tell the truth to help the the dogs find new owners faster. 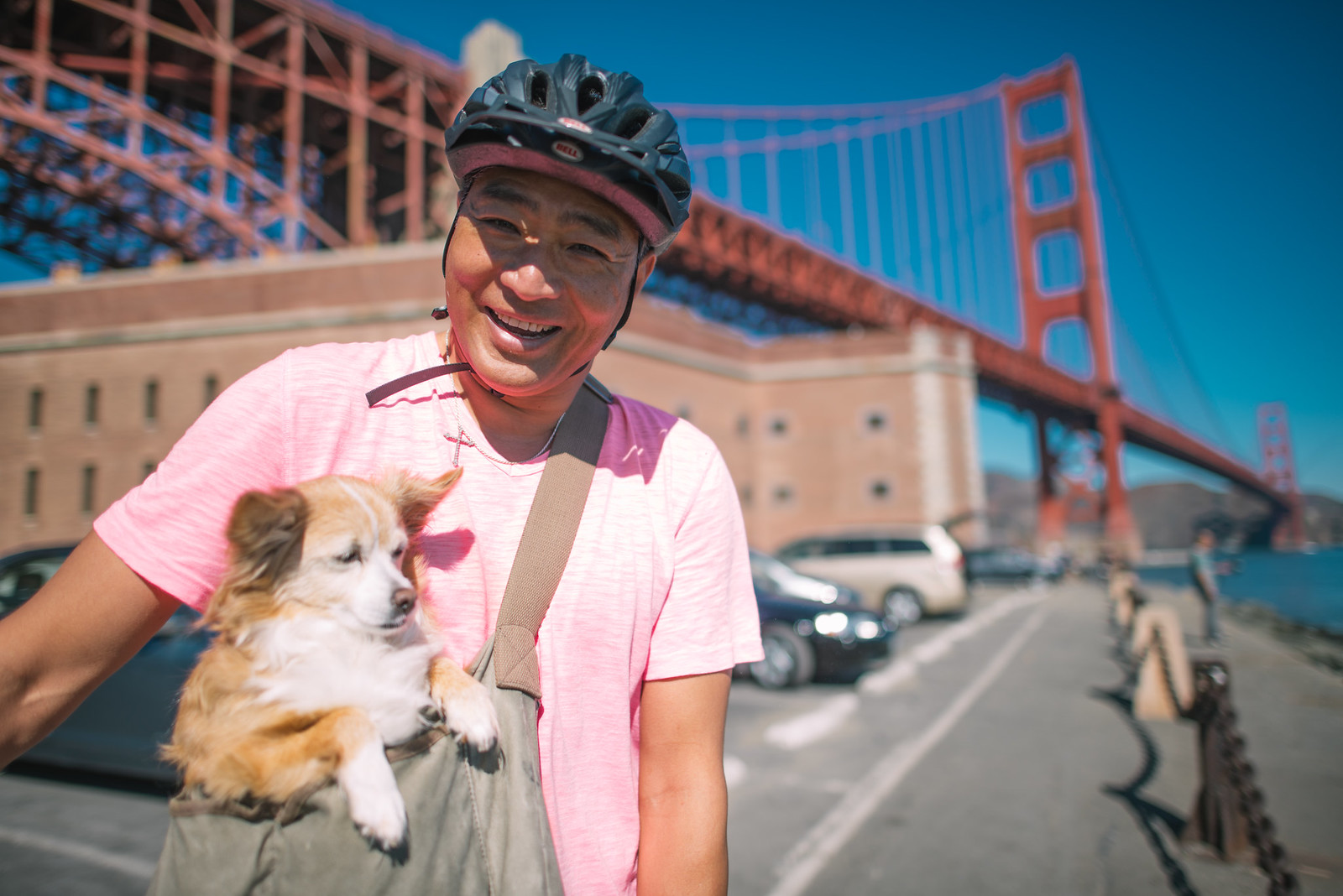 Foxxy with her owner, tired of walking.

I was thinking about doing a blog that highlighted the dogs of SF, but it seems that there are a lot of other people doing it already. 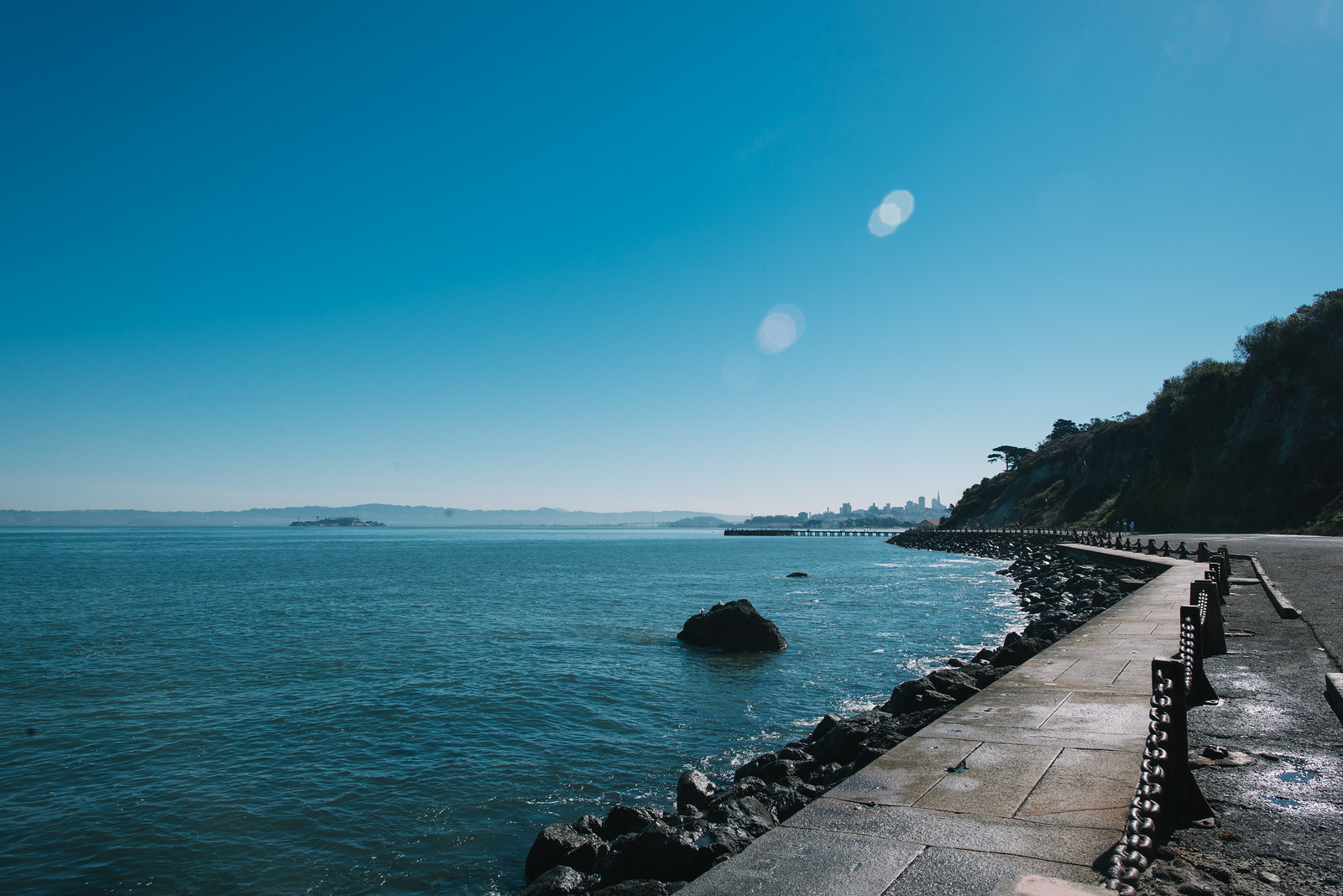 View of Alcatraz and the bay. 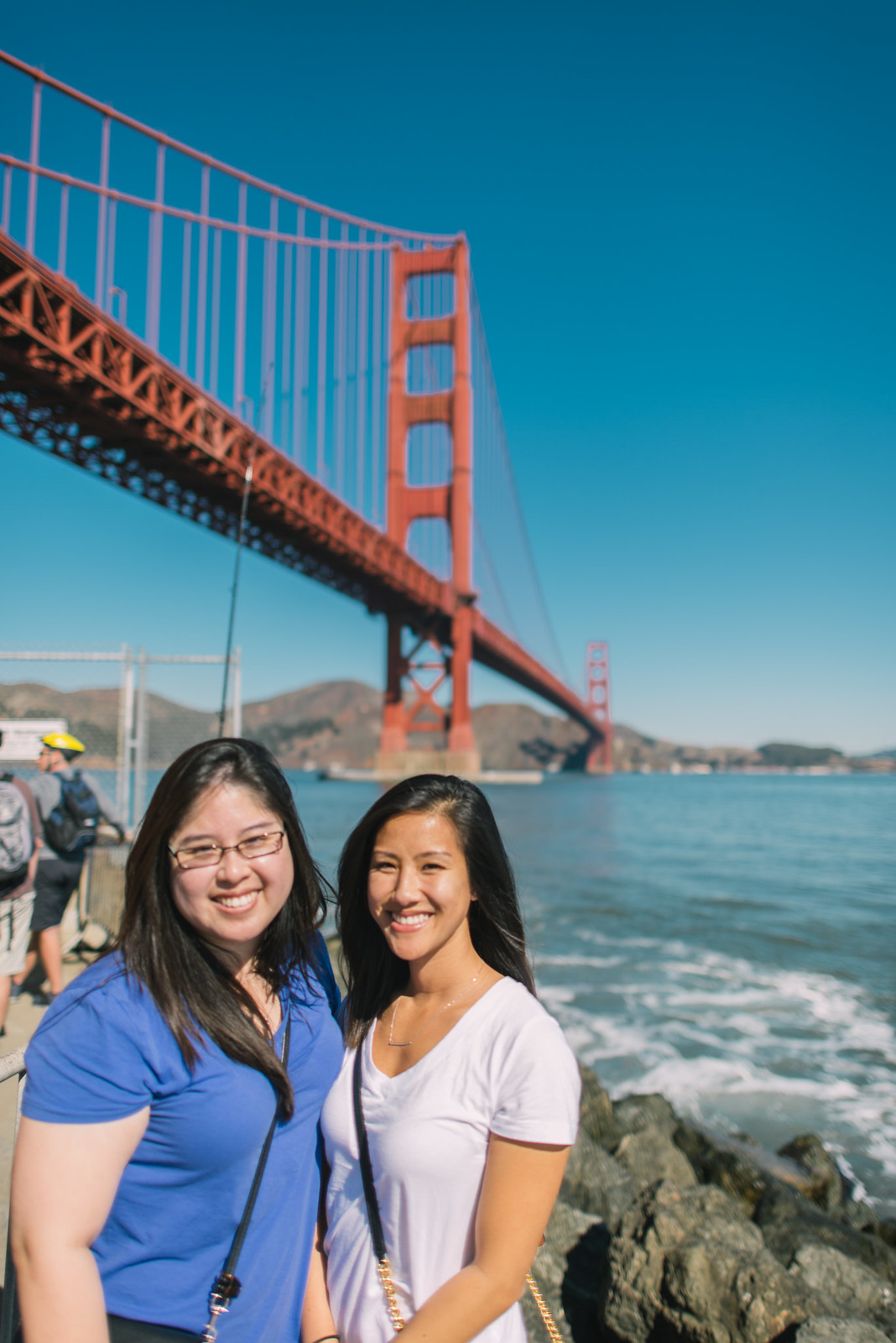 Annie and Julia taking a photo in front of the Golden Gate Bridge. 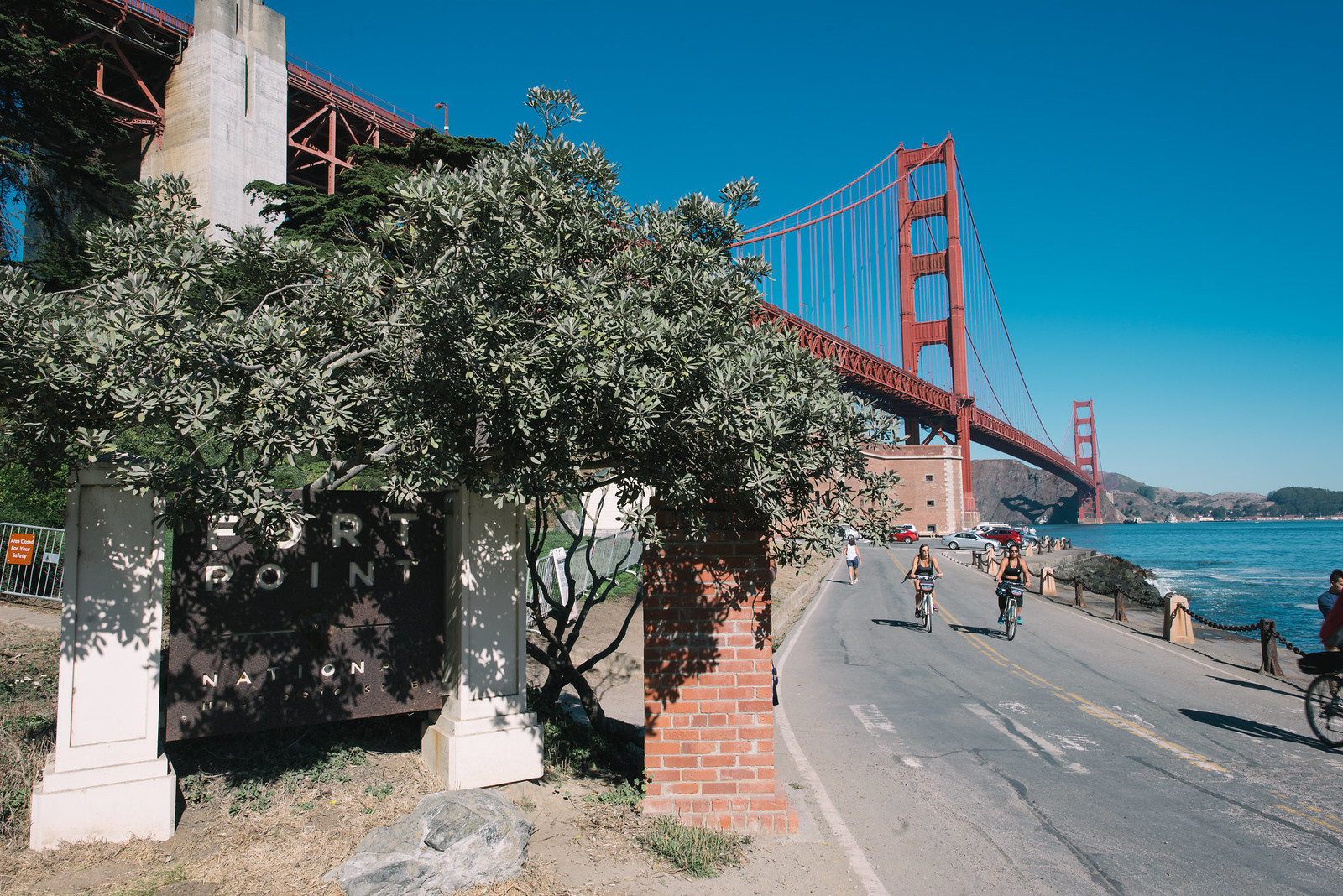 In 1769 Spain occupied the San Francisco area and by 1776 had established the area’s first European settlement, with a mission and a presidio. To protect against encroachment by the British and Russians, Spain fortified the high white cliff at the narrowest part of the bay’s entrance, where Fort Point now stands. The Castillo de San Joaquin, built in 1794, was an adobe structure housing nine to thirteen cannons. –Wikipedia