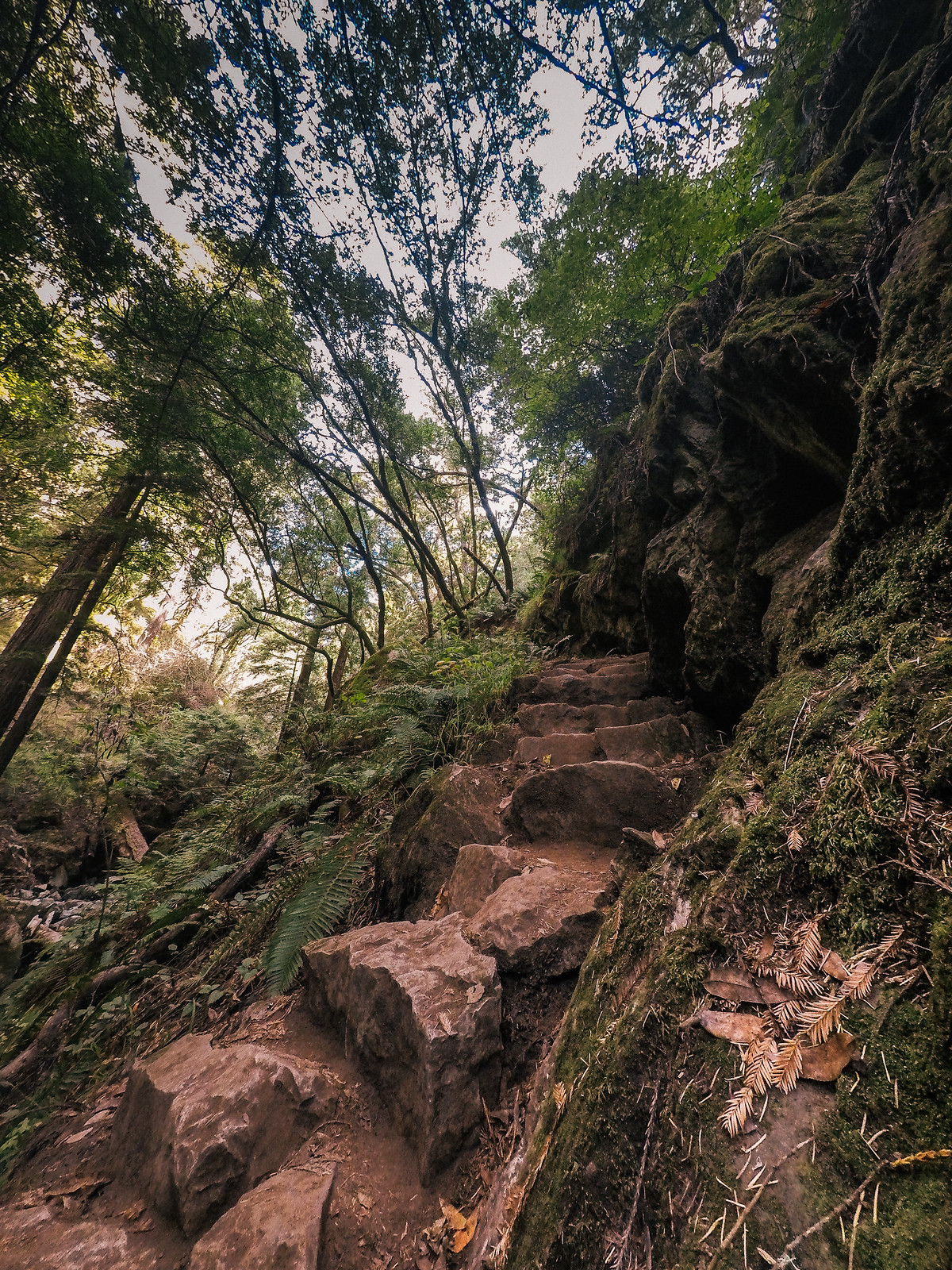 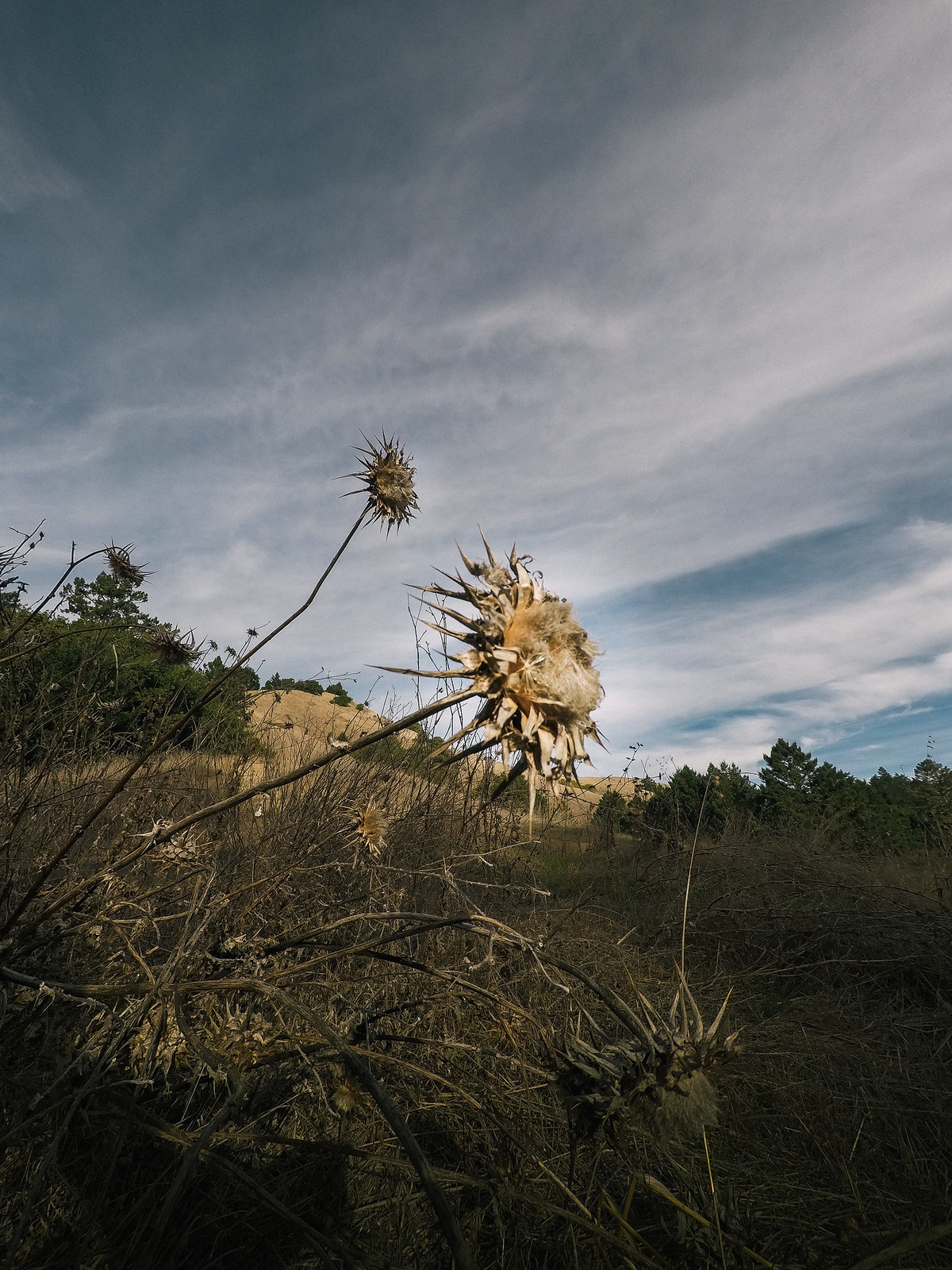 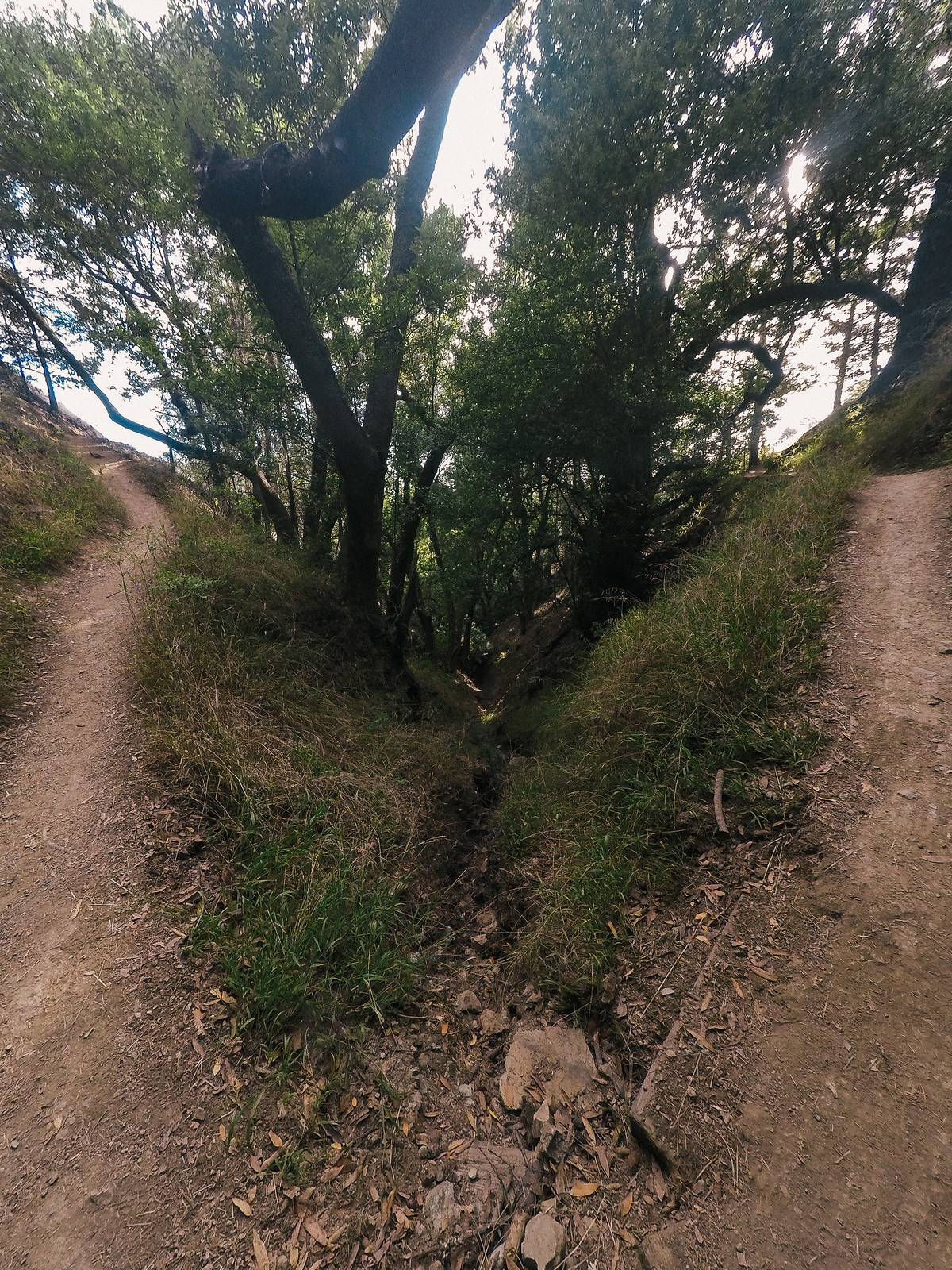 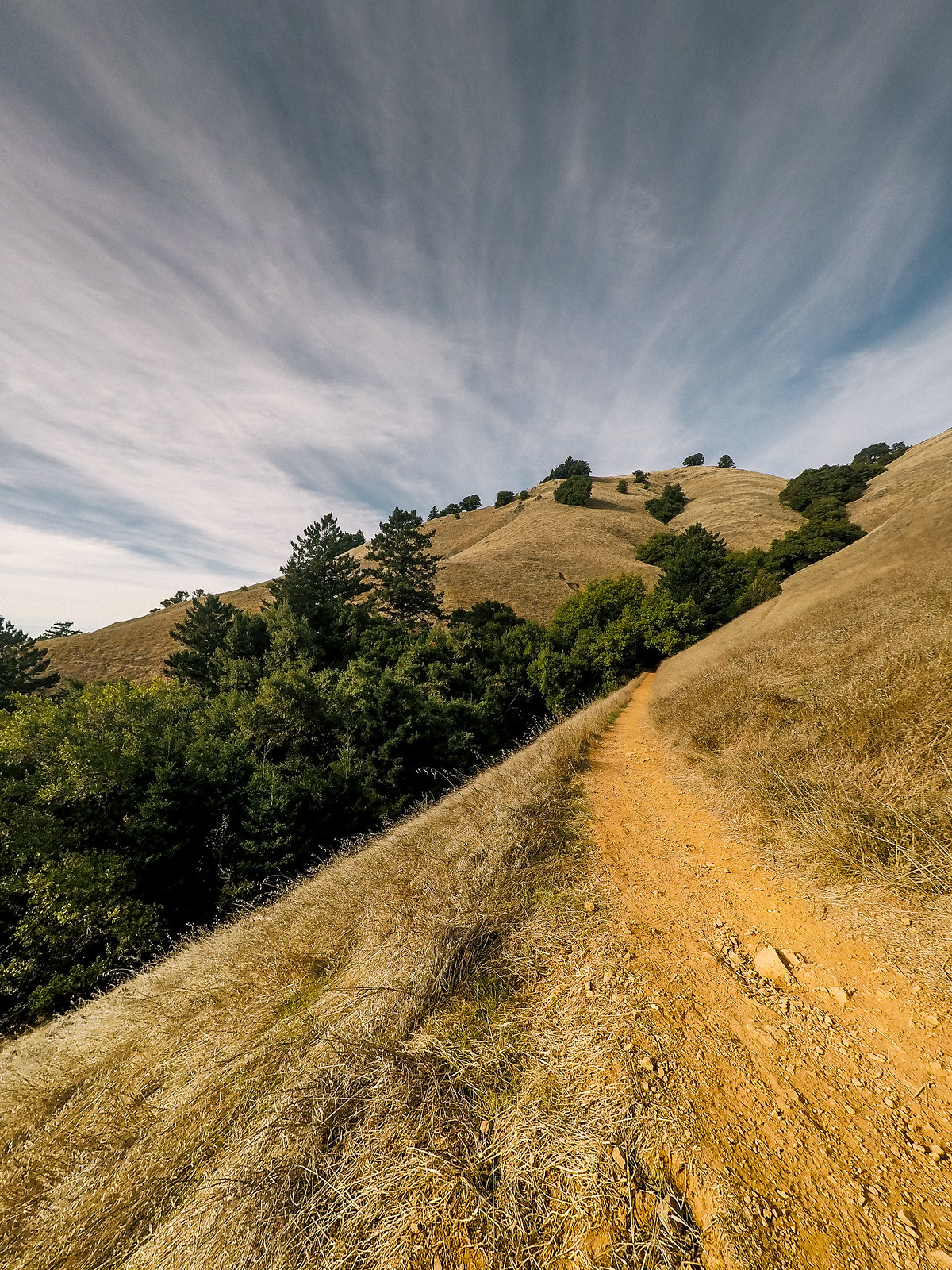 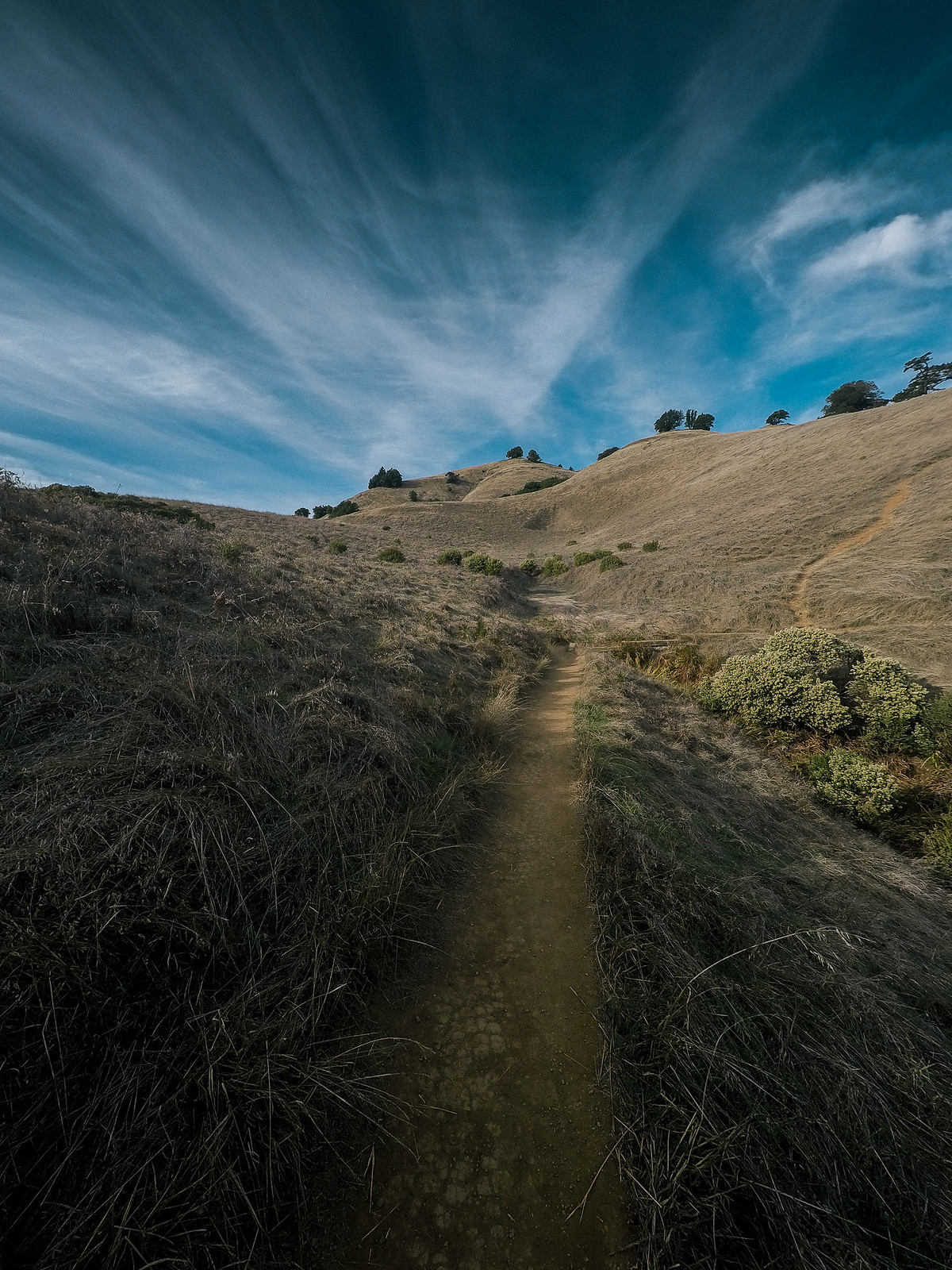 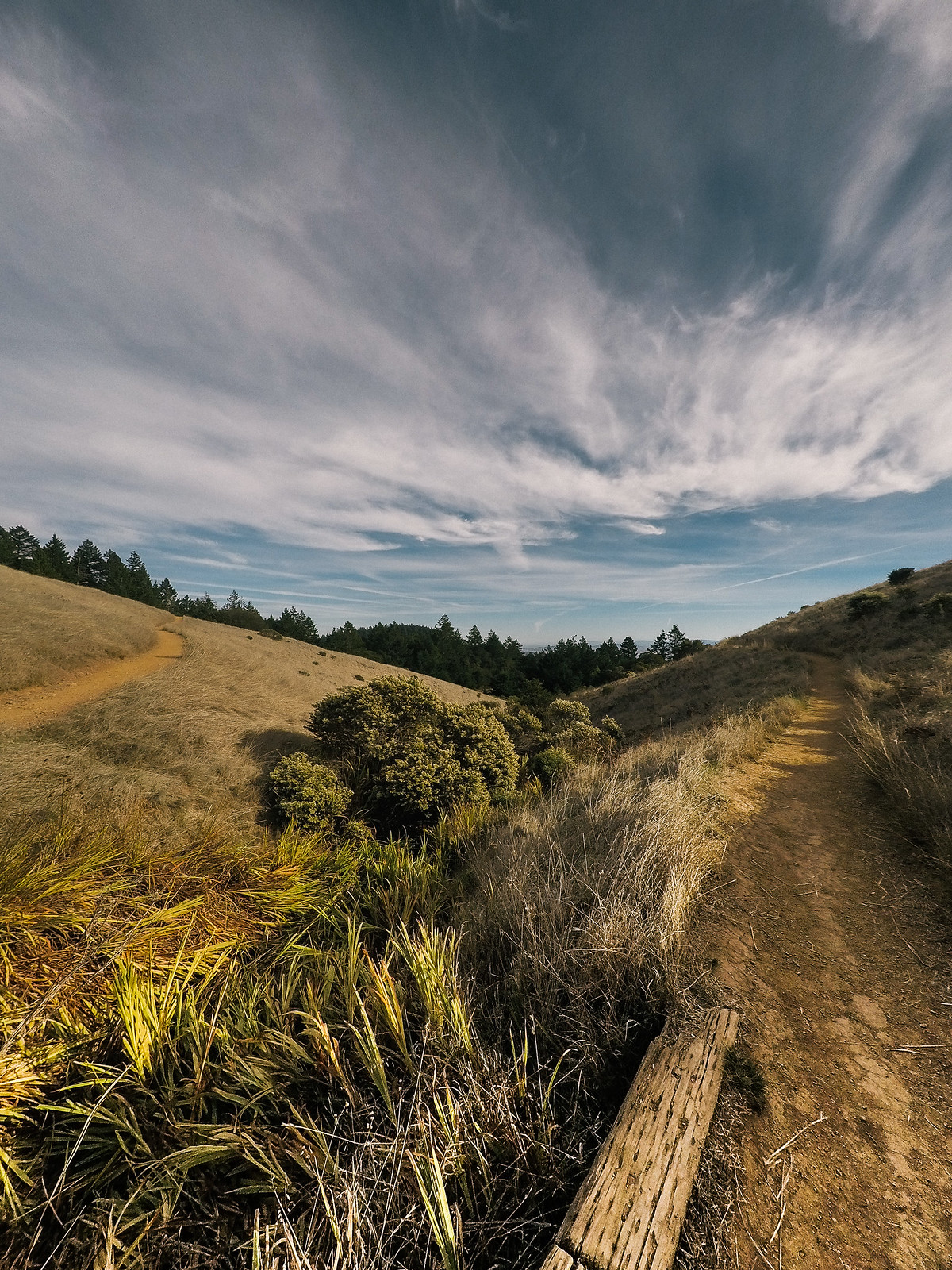 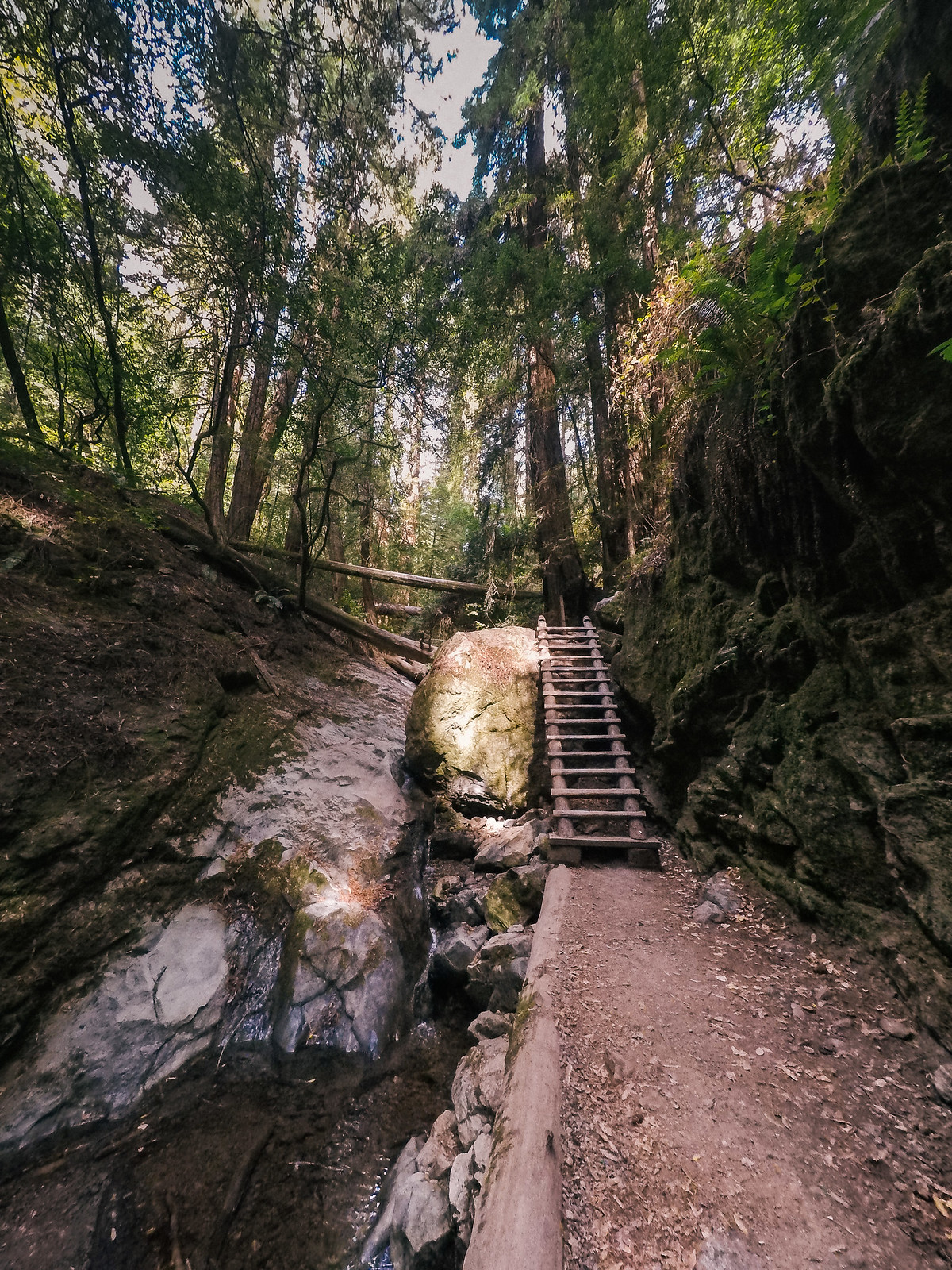 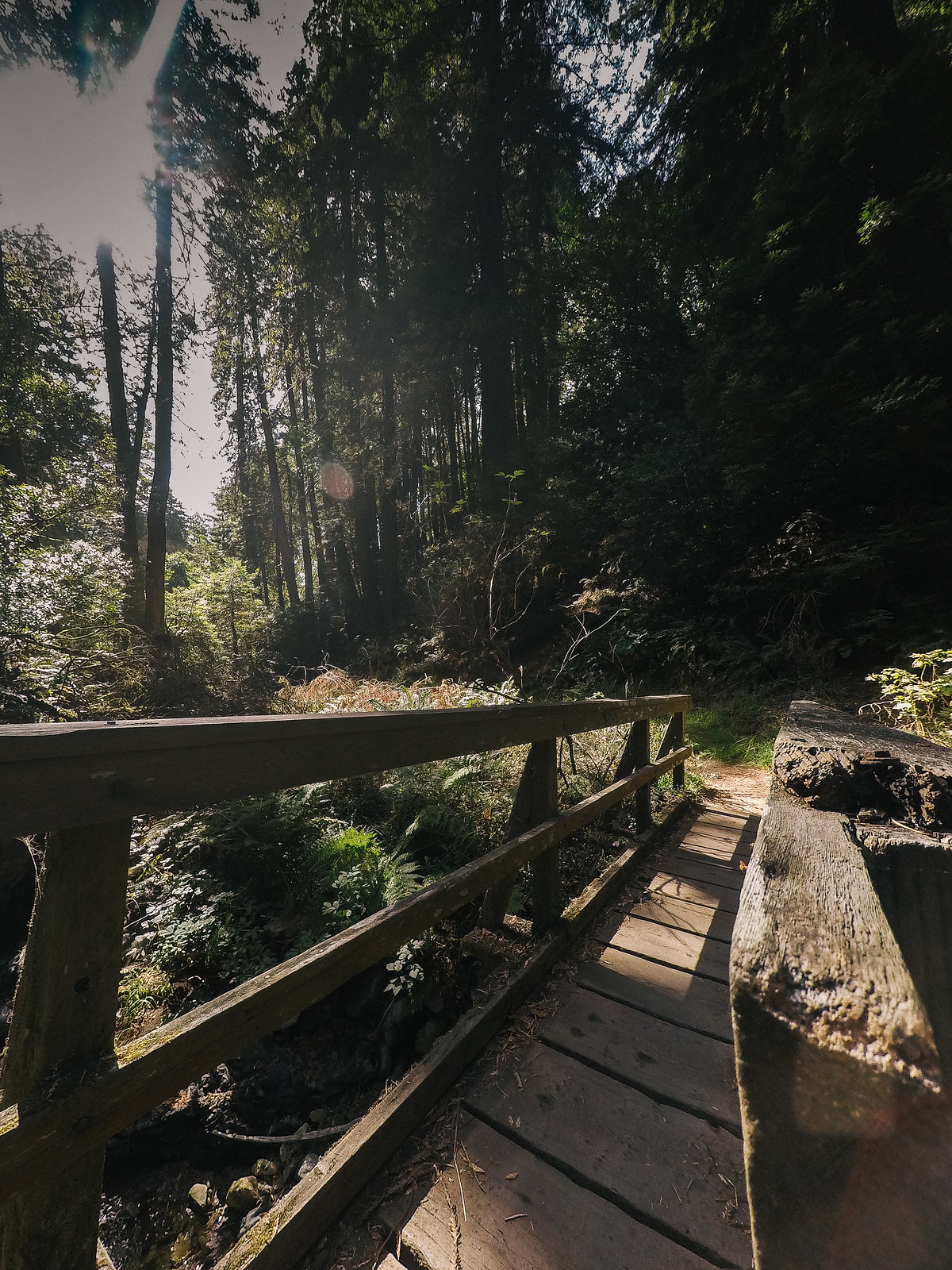 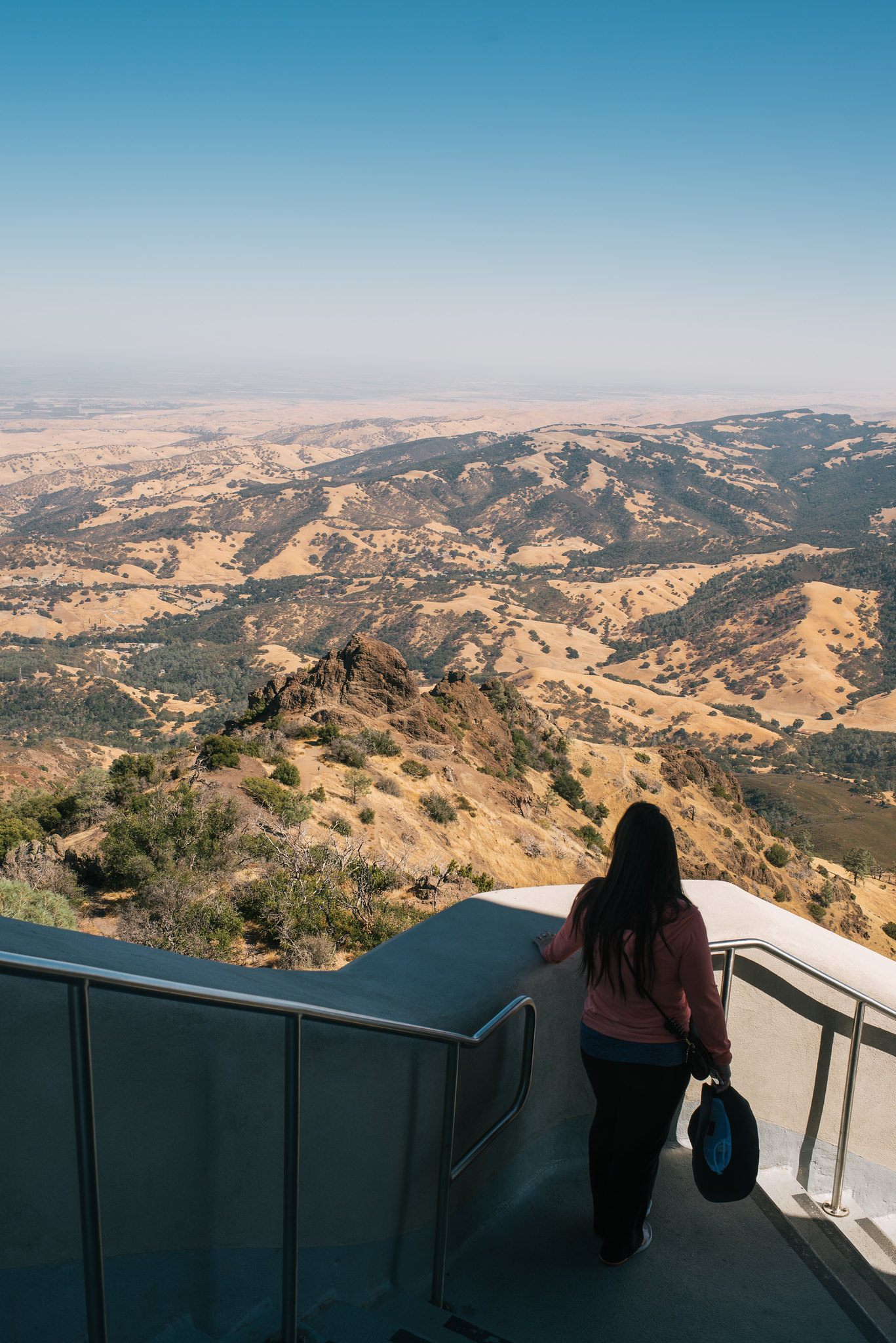 The views here were similar to something you would see on a plane, from overhead. It’s also hard to tell from the photo that it was kind of hot (around 90 degrees), so we spent most of our time in the shade and out of the mid-day UV light.

A panoramic image stitched from 8 images of the same view

Another view from the summit

I accidentally brought my 35mm… but I guess it worked out since I took a bunch of photos and stitched them together to create the ones above. It’s really hard to tell, but it was really dry. I tried to color correct the images so that they reflected what saw naturally with my own eyes. 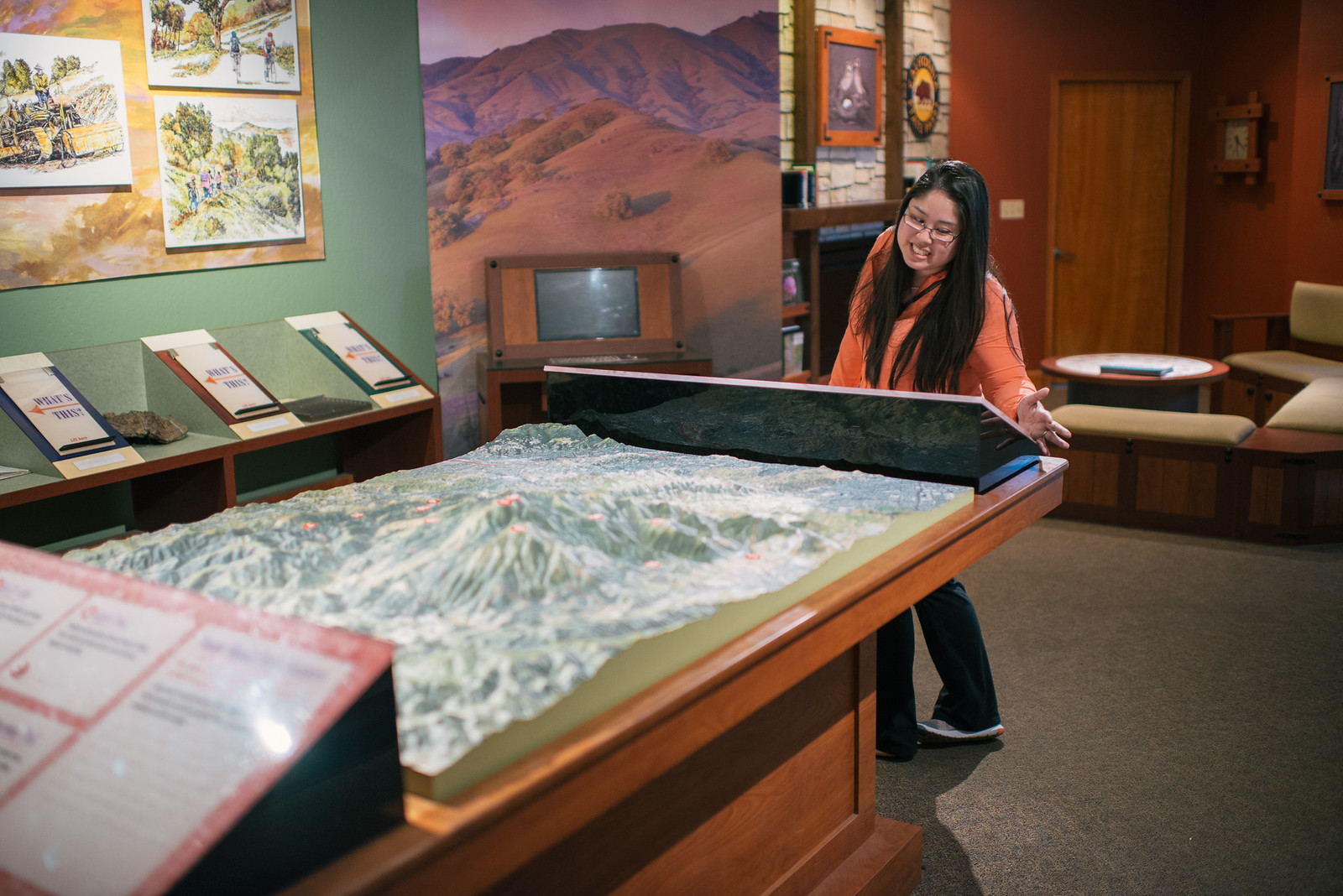 Annie enjoying the small museum at the visitor center

We discovered that Mt. Diablo is not an active volcano–instead, it is the result of plate tectonics pushing against each other, pushing a central mass of rock upwards millions of years. Most of the mass on the side of the volcano is part of the ocean bed. More info here. 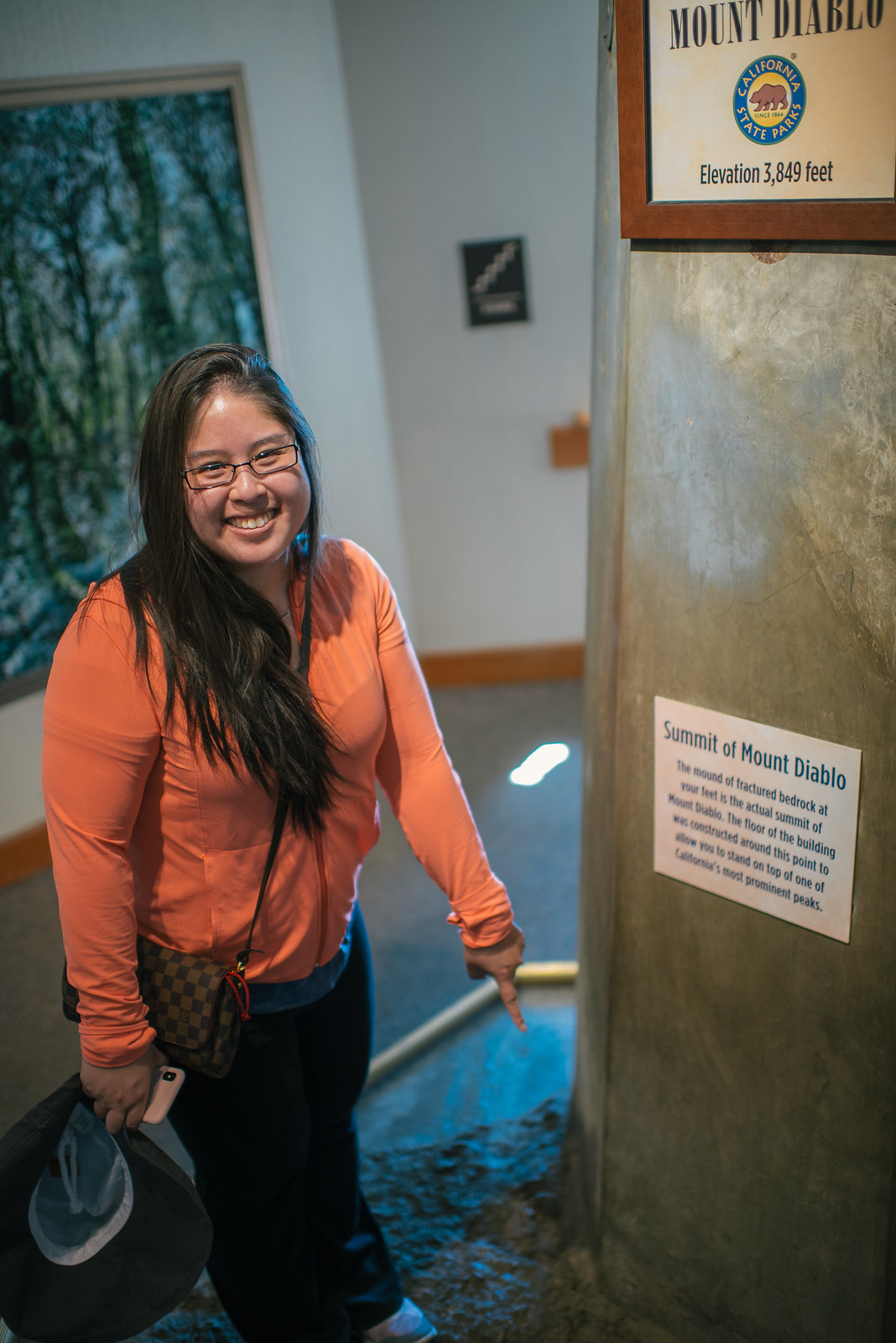 Annie pointing at one of the highest points of Mt Diablo, 3,849 feet above sea level 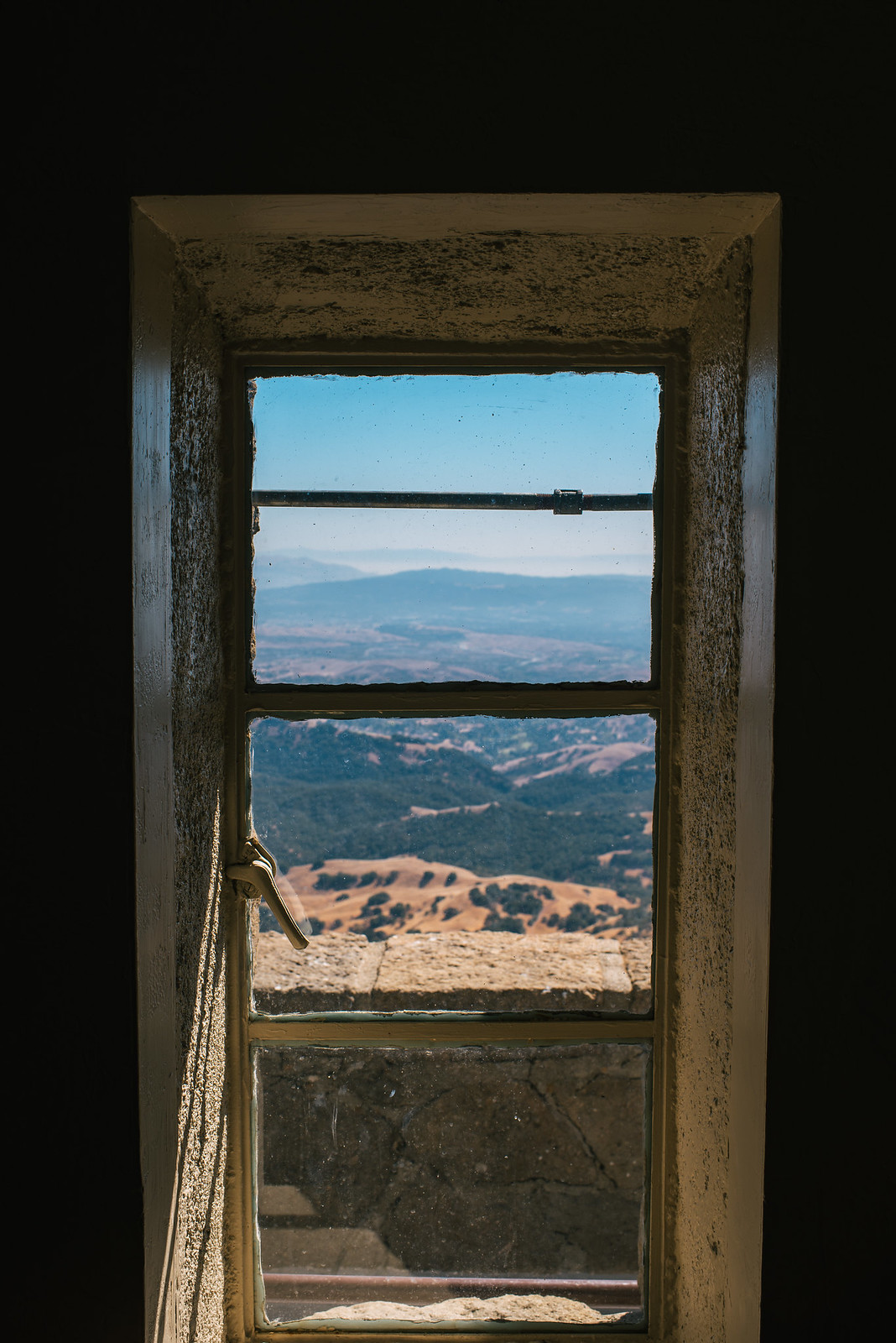 Photo looking out of the visitor center

I actually forgot to change out my lens to the 24mm… but actually really pleased with how the photos came out. There’s just something so practical about the 35mm focal length. Since it’s so versatile, it’s easier to use for storytelling. 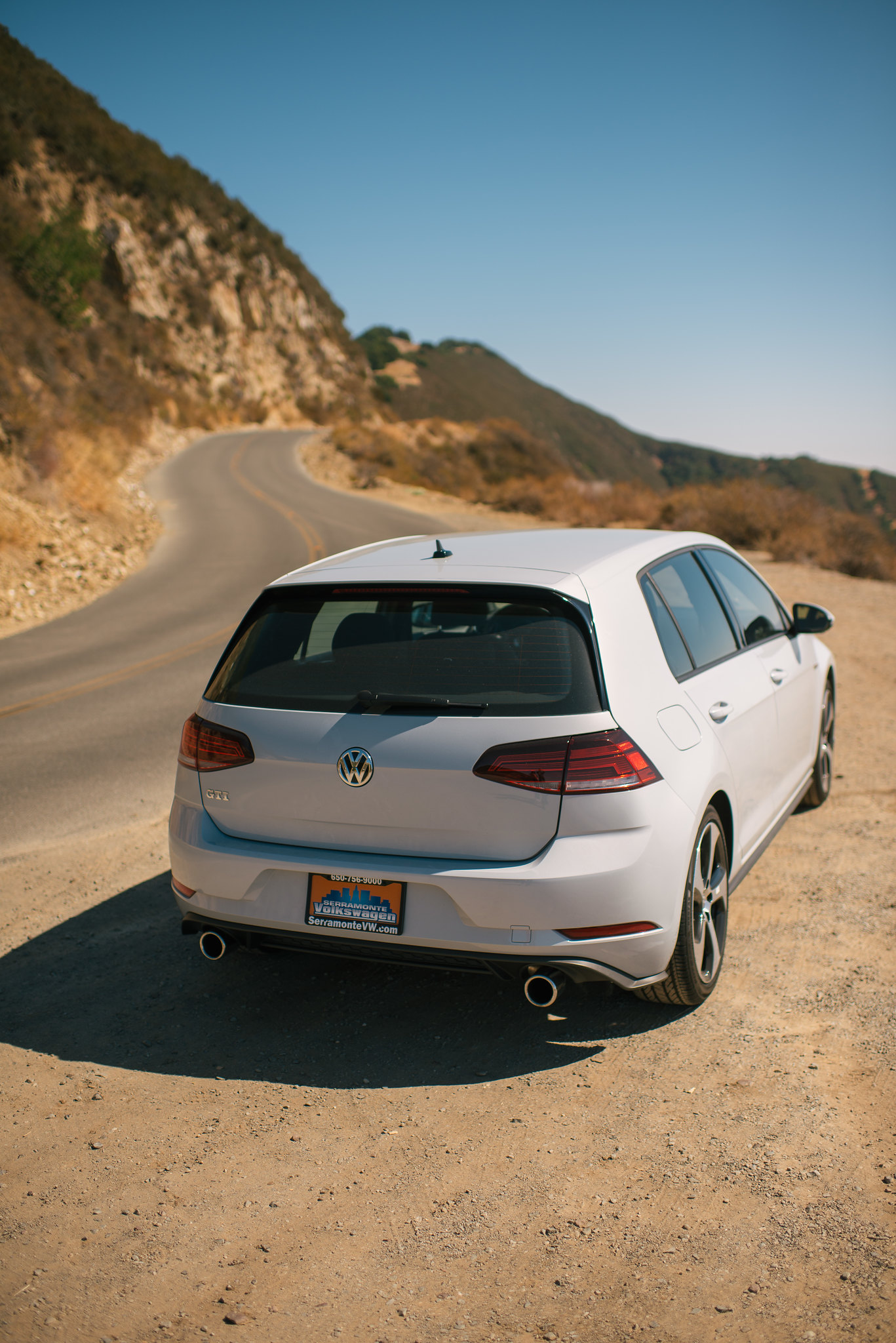 Photo of the GTI on our way up Mt. Diablo

On our way up, I managed to slip in a couple photos of my GTI. I just got my plates recently, so I’ll have to install them soon. I have to say, I’m really enjoying this car and how utilitarian it is. I have a feeling I’m going to put a lot of miles on it. It still has under 1k miles on it, so it’s still in the break-in period.

The endless panoramic landscapes on the side of Mt. Diablo 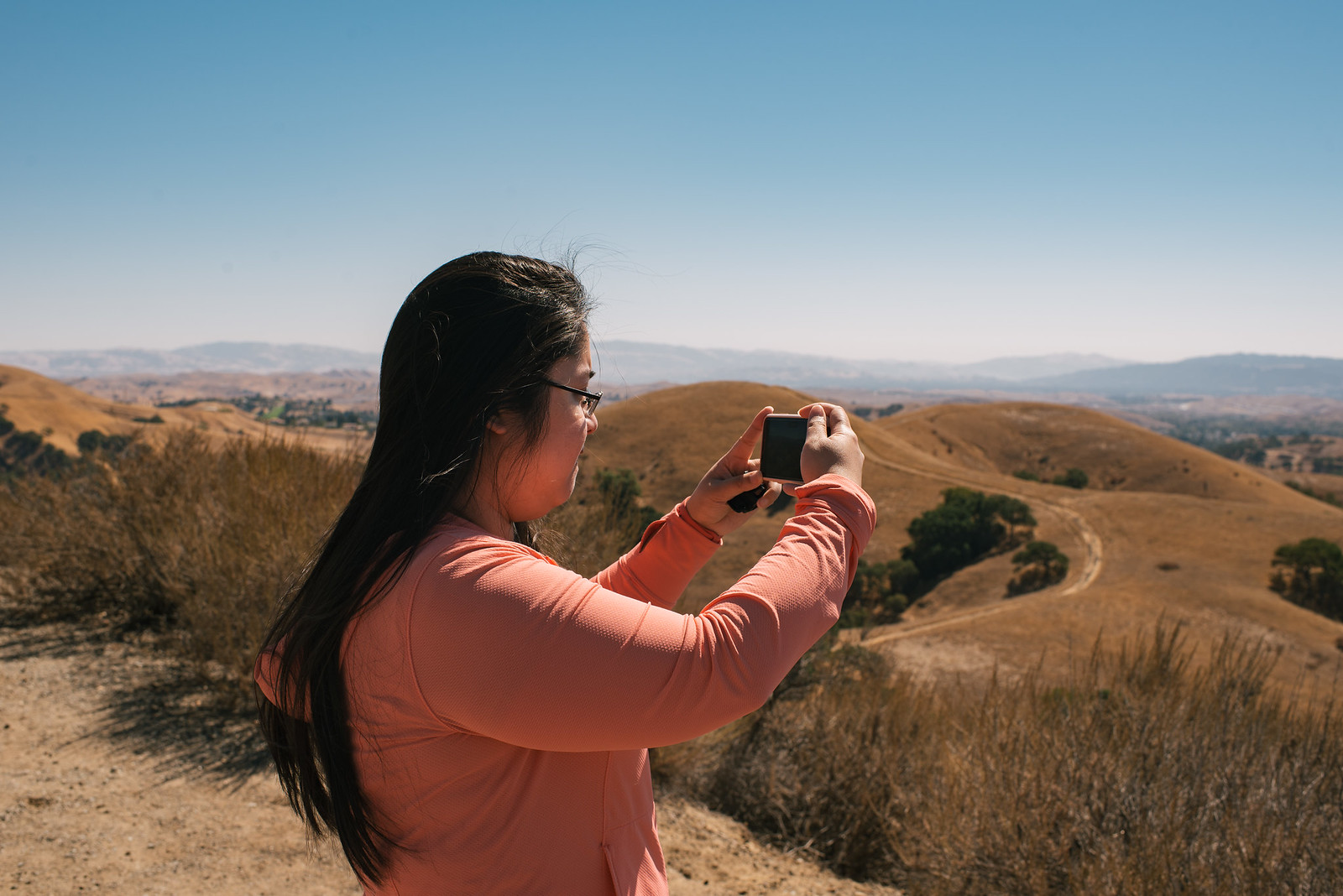 Annie snapping a couple photos on her phone 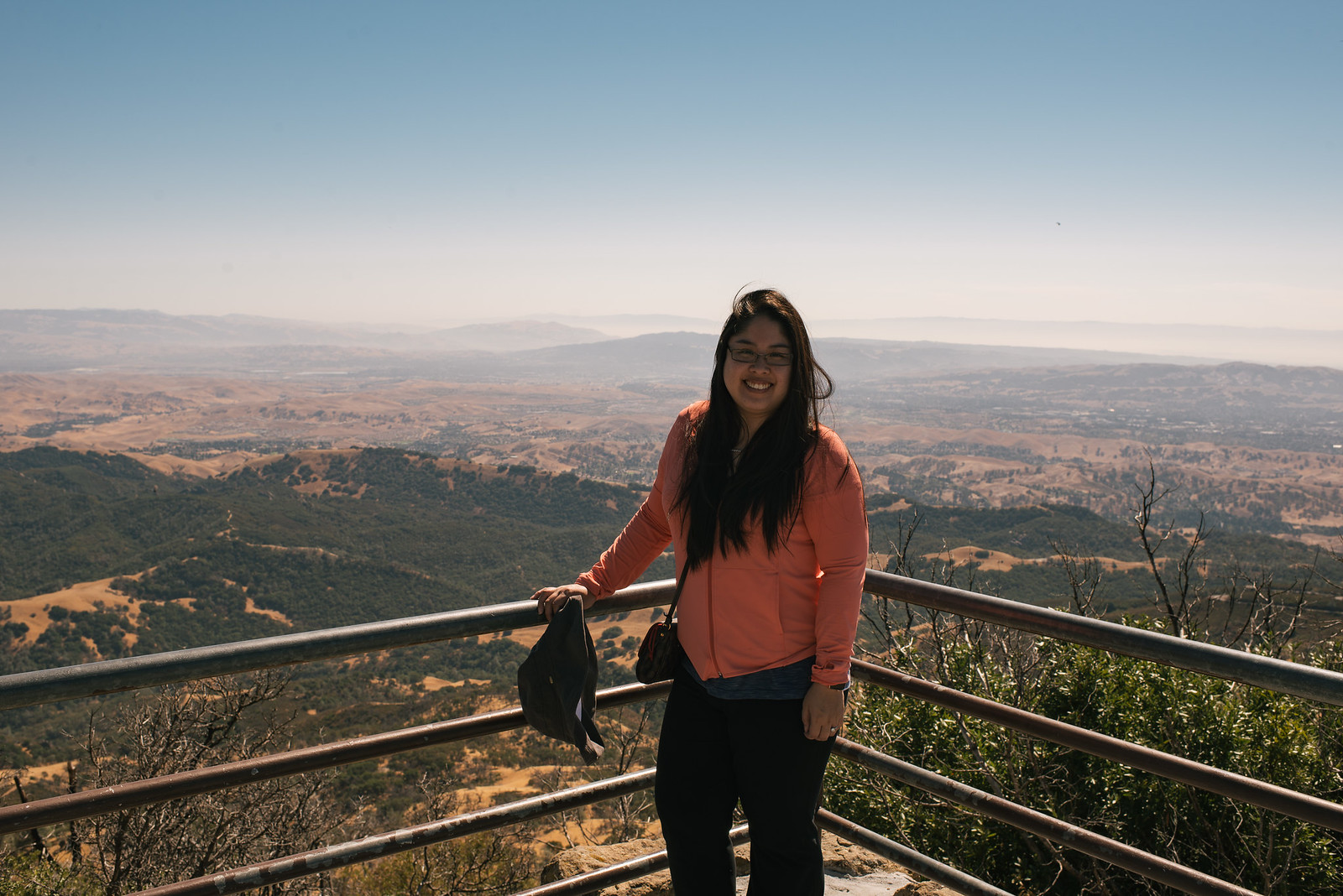 Annie with the backdrop of rolling hills in the background

I’m hoping to come out here again… perhaps with my bike next time.

Dim Sum with Hanah and Annie 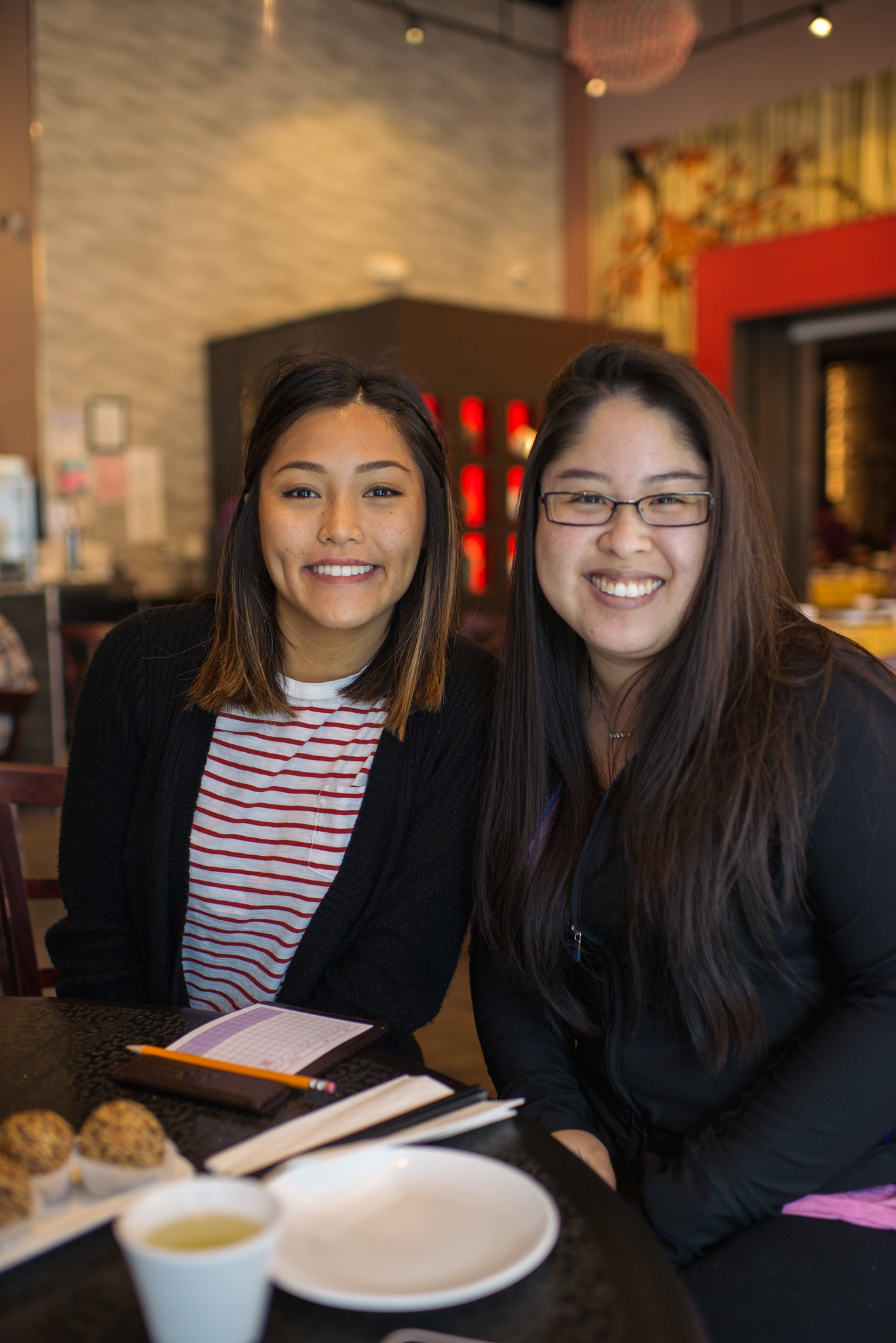 As always, Annie orders way too much food when we go here. But, I can totally understand her excitement. The food here is great! Here’s an older post from a couple years ago. 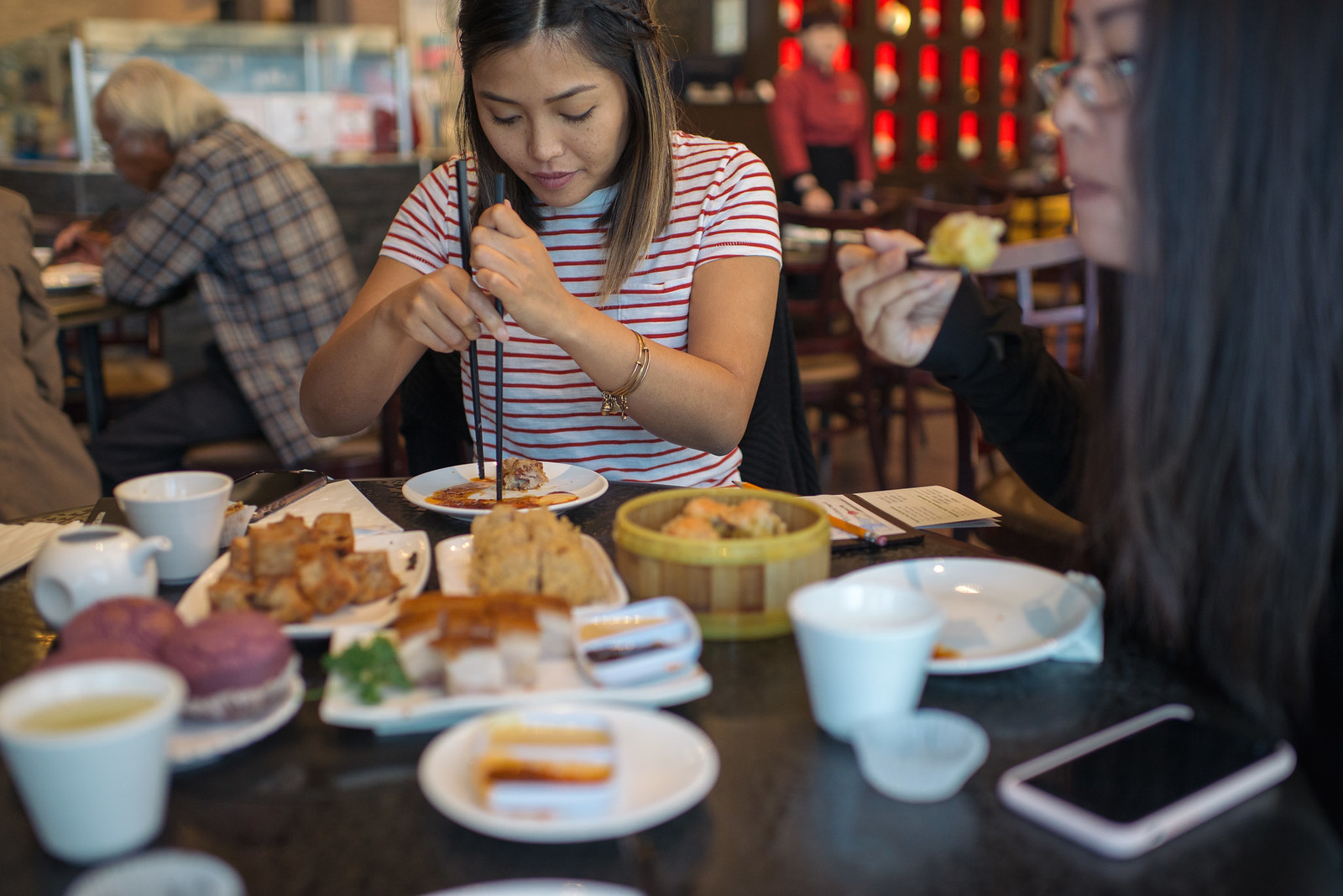 Already, our table was already filled with food… and there was more coming out. Hah! But it was allllll good. 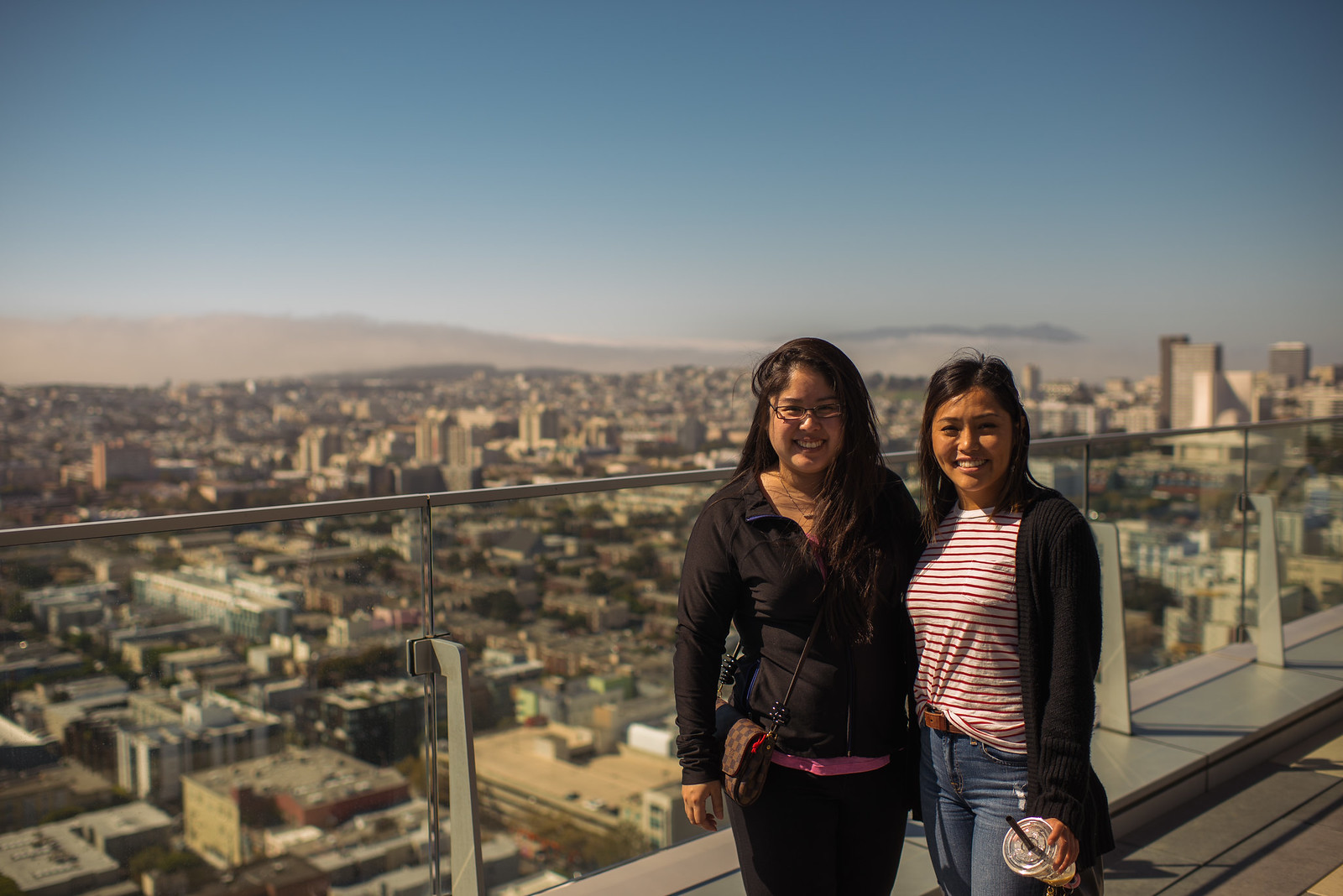 Annie and her cousin, checking out a sweet view on top of Hanah’s apartment building. 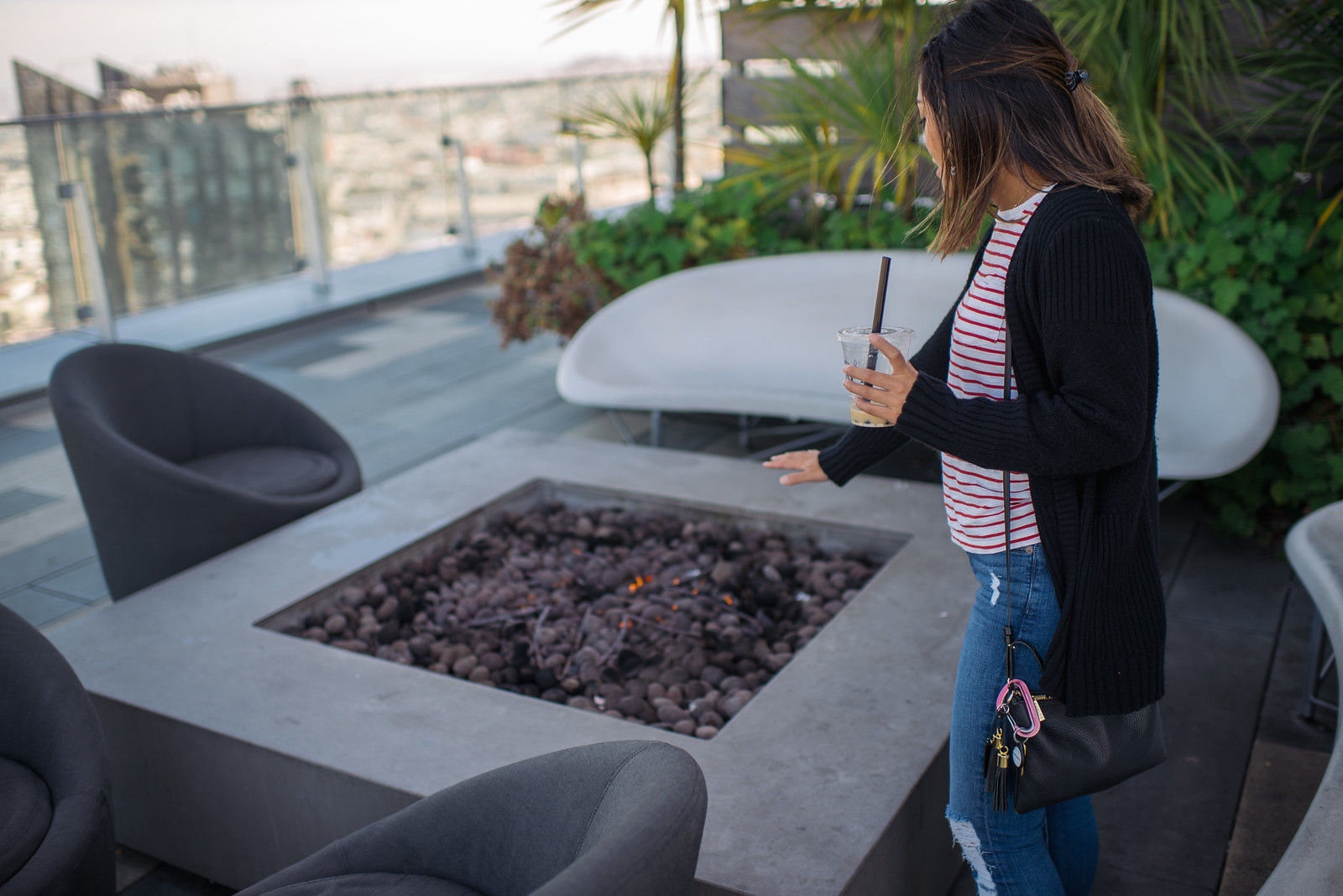 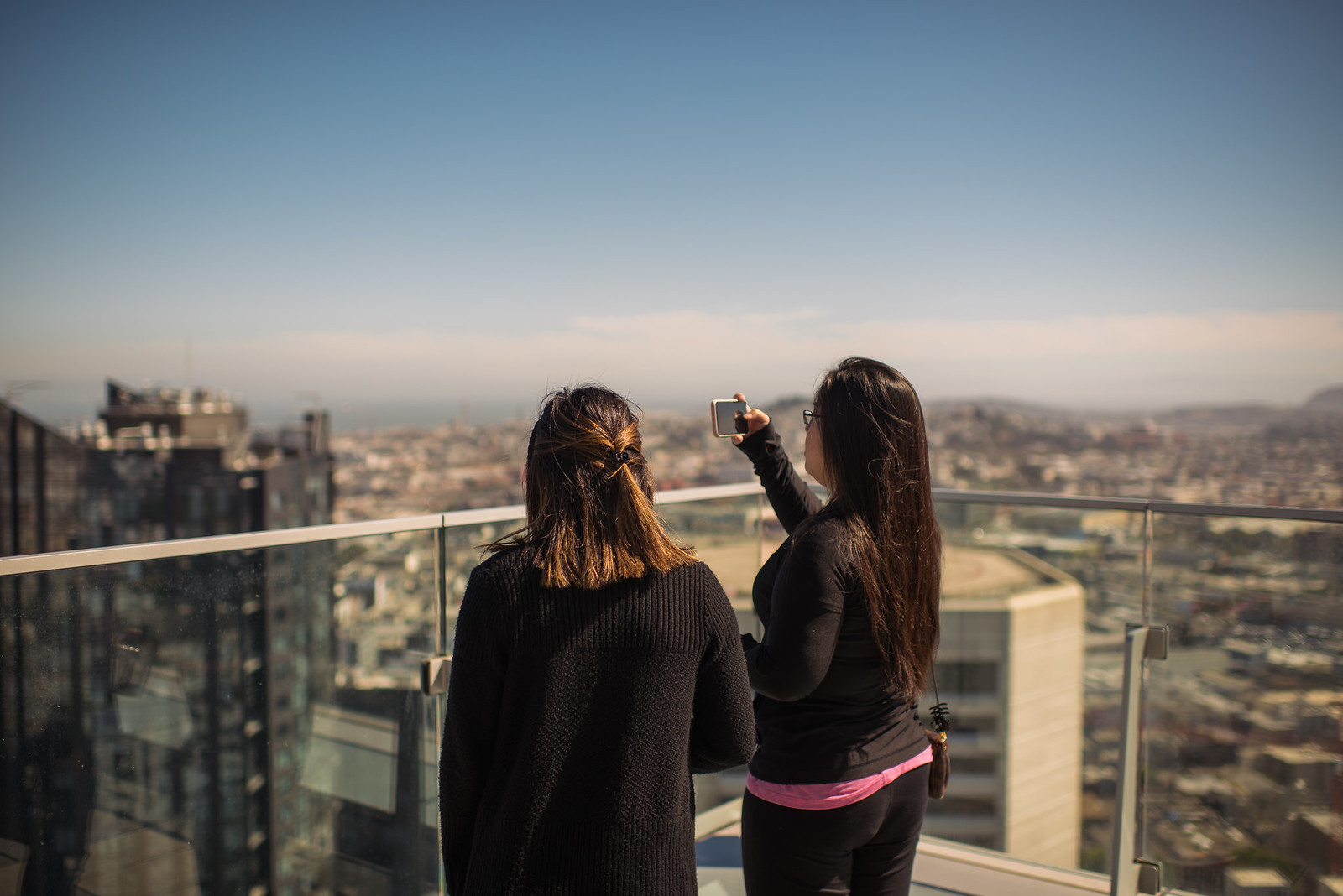 The view was pretty amazing. You could see an unobscured view in every direction from their rooftop. 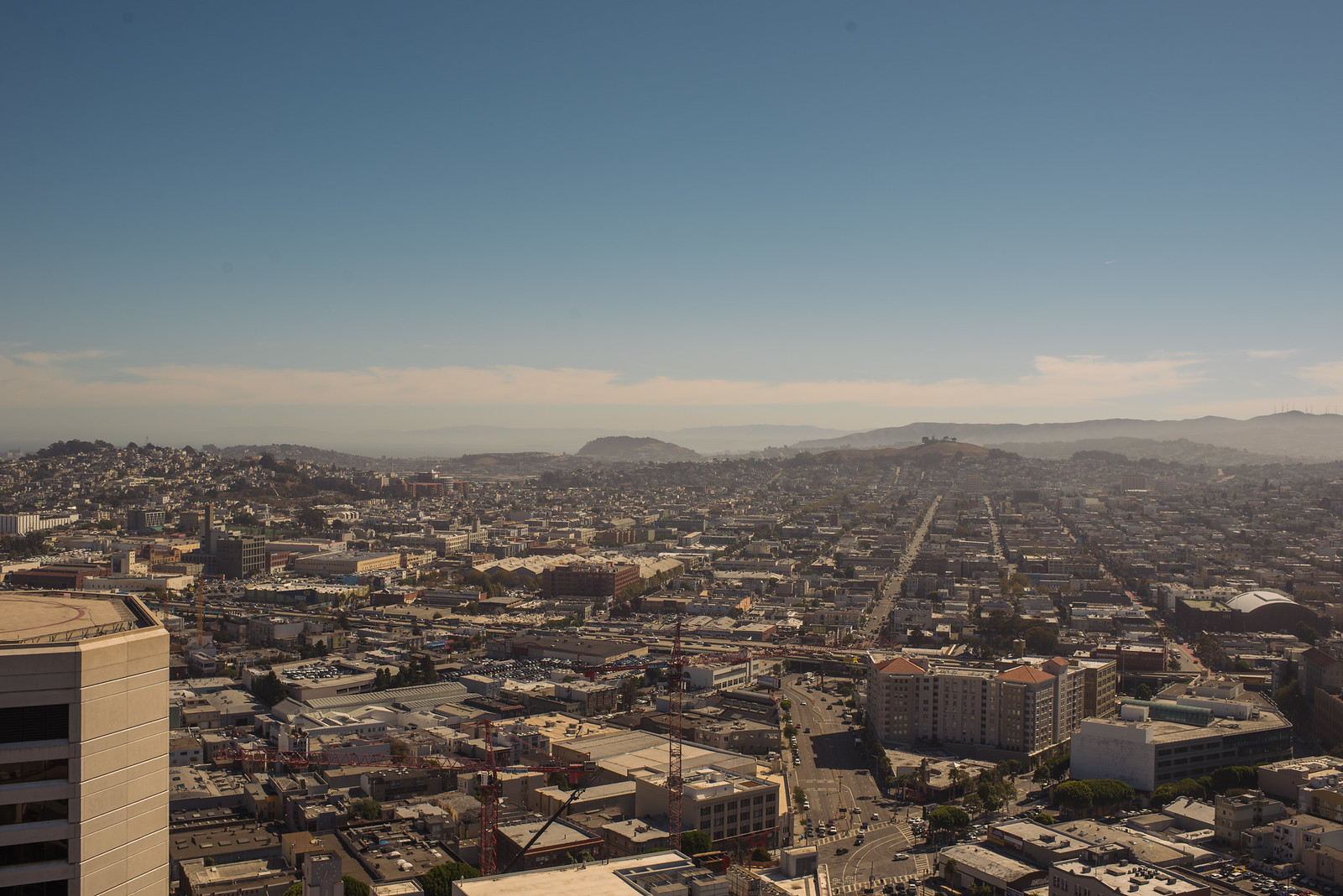 It’s kind of bonkers how much you can see from here. Their rent (split between 4 roommates) is $5700 per month. 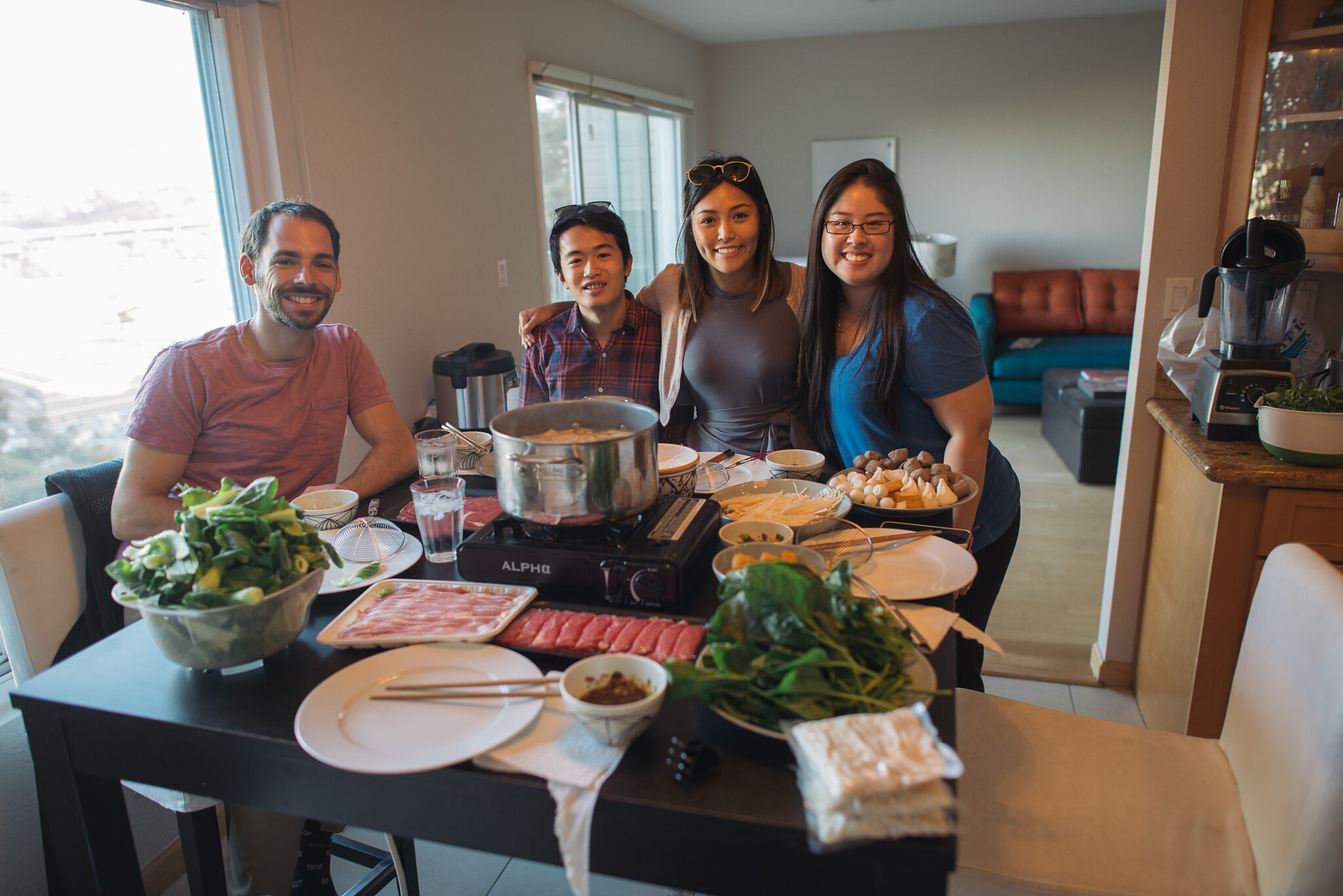 Annie’s over here for the next week, and we’re taking a little time off to do a stay-cation. We figured it’d be nice to get a small group of friends together for some hot pot. There’s nothing like eating comfort food in the company of good friends. And they surprised us by bringing dessert!

What’s wild is that Hanah and Annie are cousins, and they haven’t seen each other for over a decade. They’ve followed each other on instagram, but it was pretty cool that she’s in SF as well. I had met Hanah’s parents 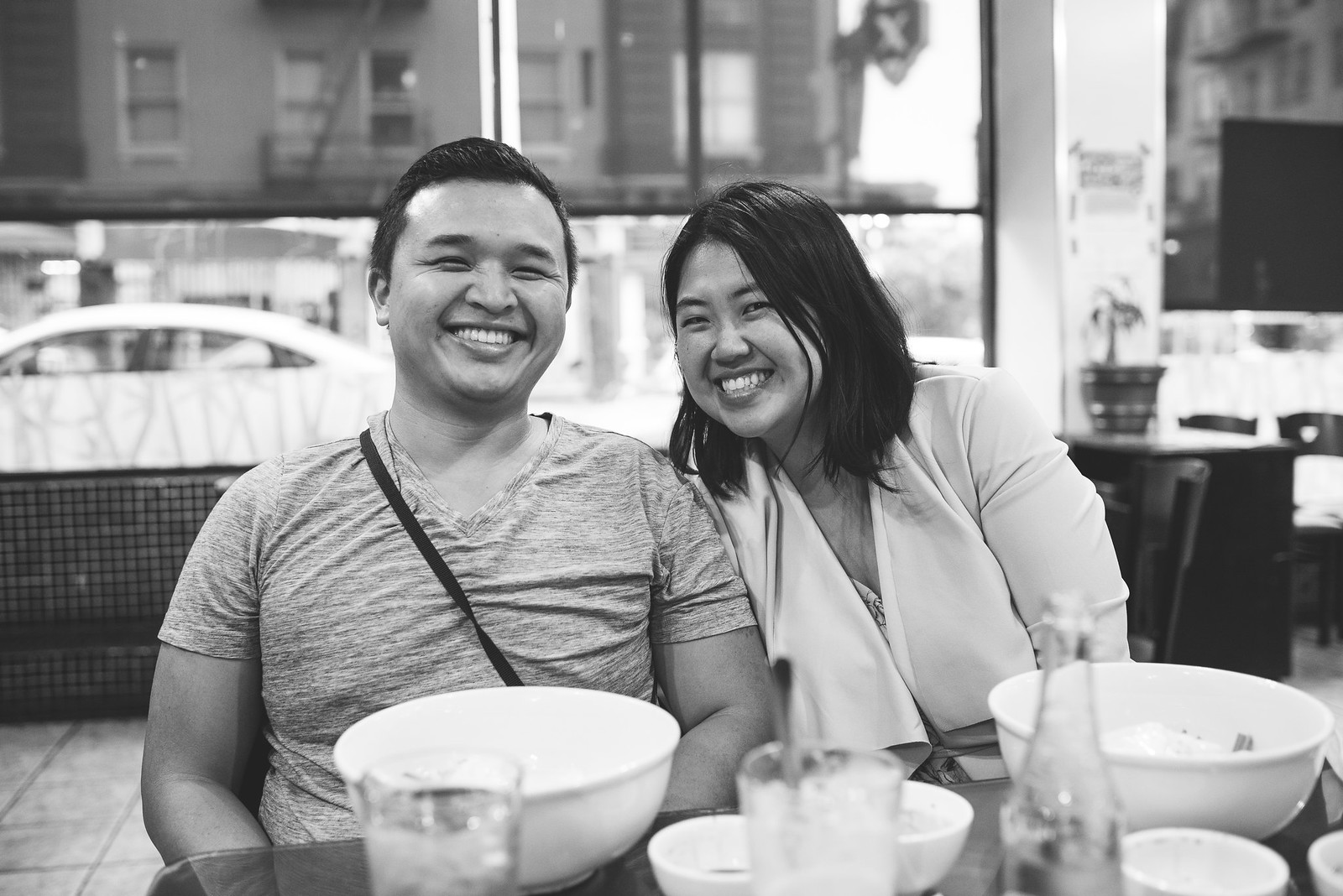 Eating dinner with Justin and his girlfriend at Pho Ha Nam Ninh.

I had a great time catching up with Justin and his girlfriend last night. He’s about to embark on another journey around Europe. Who knows when he’ll be back, but I’m sure he’ll have amazing stories and photos of his travels over the next few months. 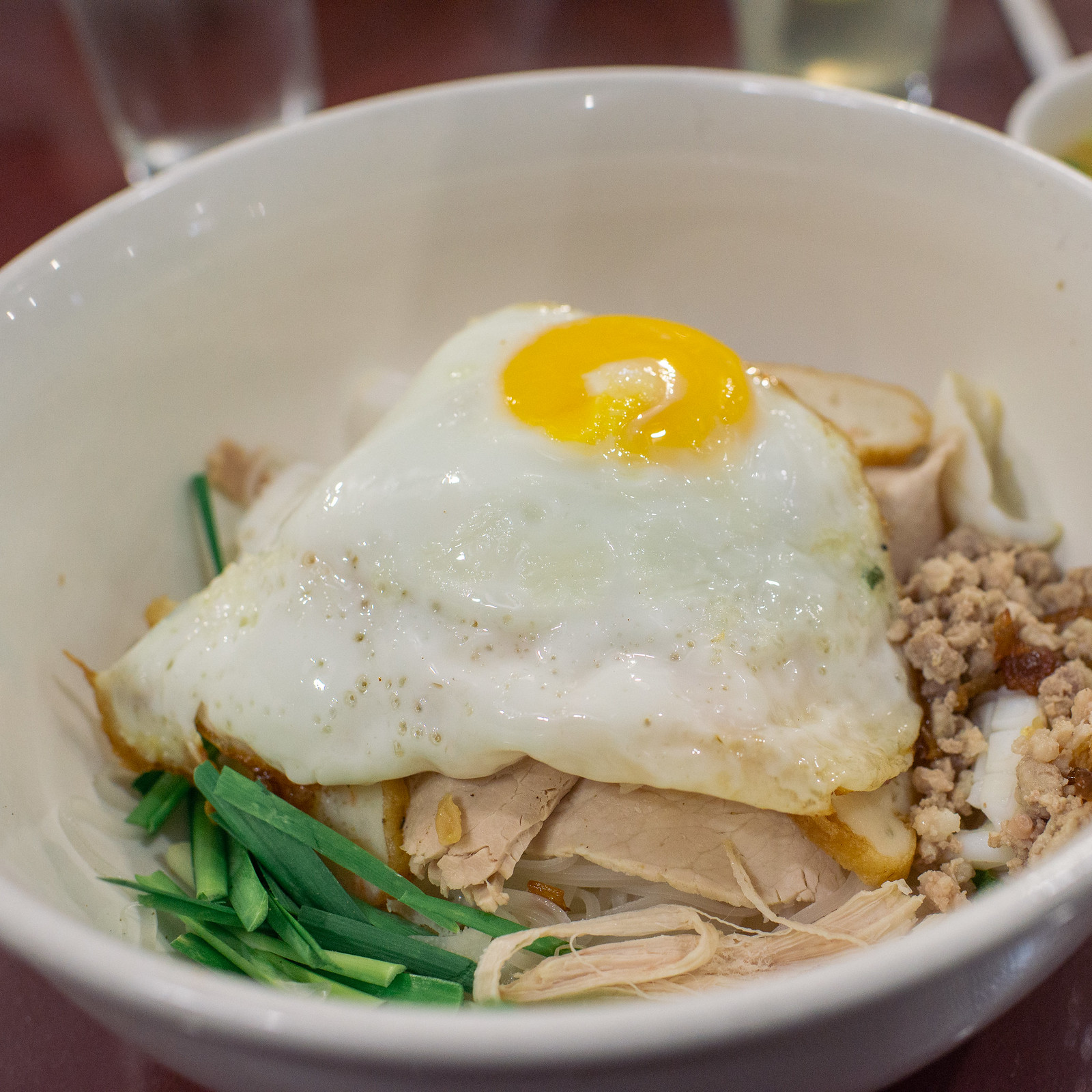 I’m not sure exactly what this was, but it was absolutely delicious. I need to get the name of the dish. I’d actually like to come back, but I’m feeling a little hesitant. My bike almost got stolen!

I heard the sound of a drill outside and then saw sparks flying. I got up from our table and then ran outside, yelling. The guy bolted off pretty quickly and said “I’m sorry”. I probably could have caught him, but it wasn’t worth it. I just needed to scare him off–no need to take unnecessary risk and put myself in a dangerous situation.

Just to give you context, I locked my bike with two high quality Abus U-locks. As you can see, the thief was able to cut through a little of my first lock. He probably only needed a minute or two to get through the locks.

Almost everyone I know in SF has had their bike stolen. Ugh. So a warning to all my SF squad, be alert. 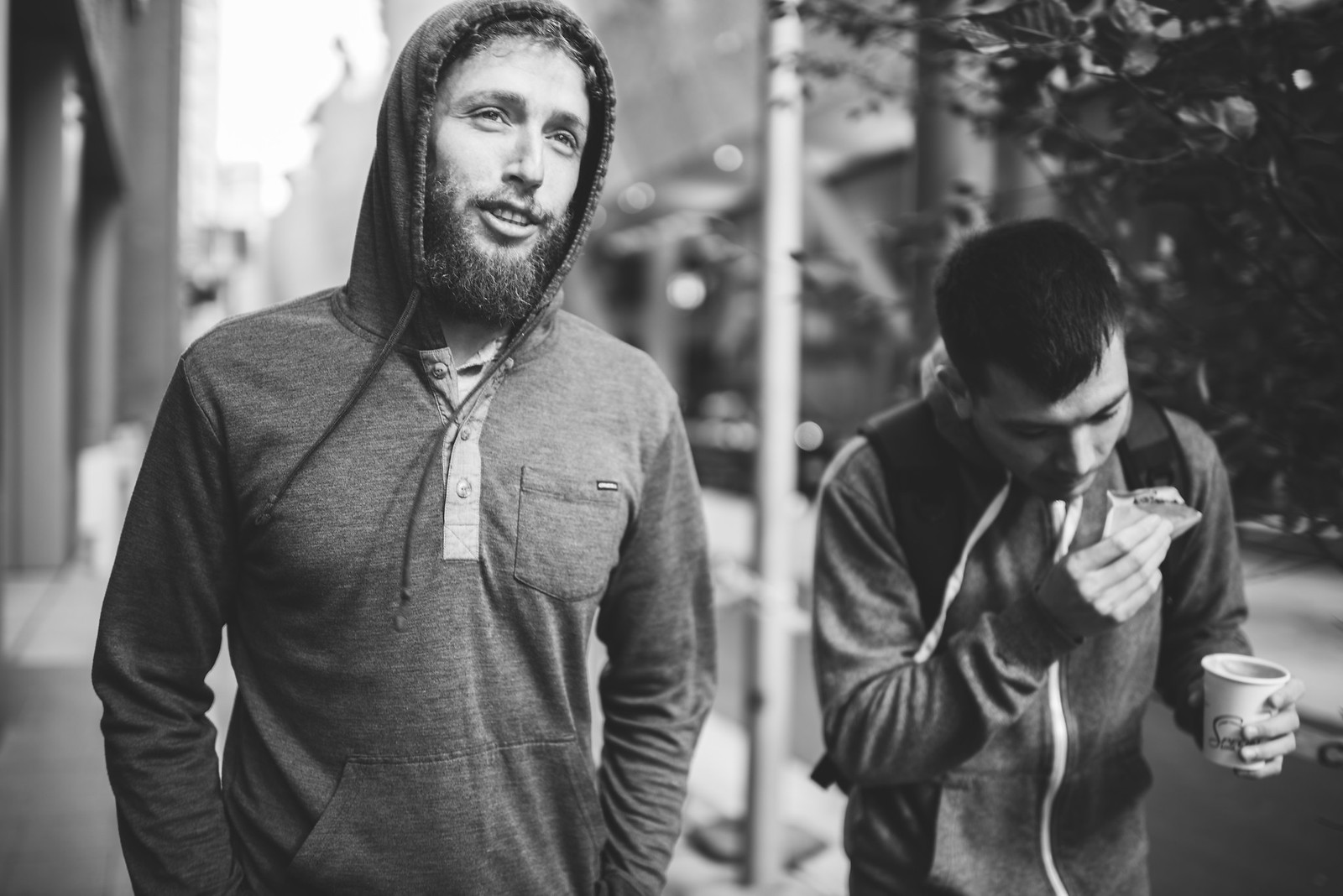 Photo of Manny escorting James and I to get some afternoon coffee.

Manny recently moved to San Francisco recently all the way from San Diego. I’ve been really enjoying our conversations about how to build products, building teams, and how to pick co-founders. He’s probably the most chill person I know–perhaps it’s because he’s a surfer at heart.

By the way, I really like how this photo came out. I think I no-scoped it while I was holding my coffee with the other hand. There’s something really organic and analog about this. 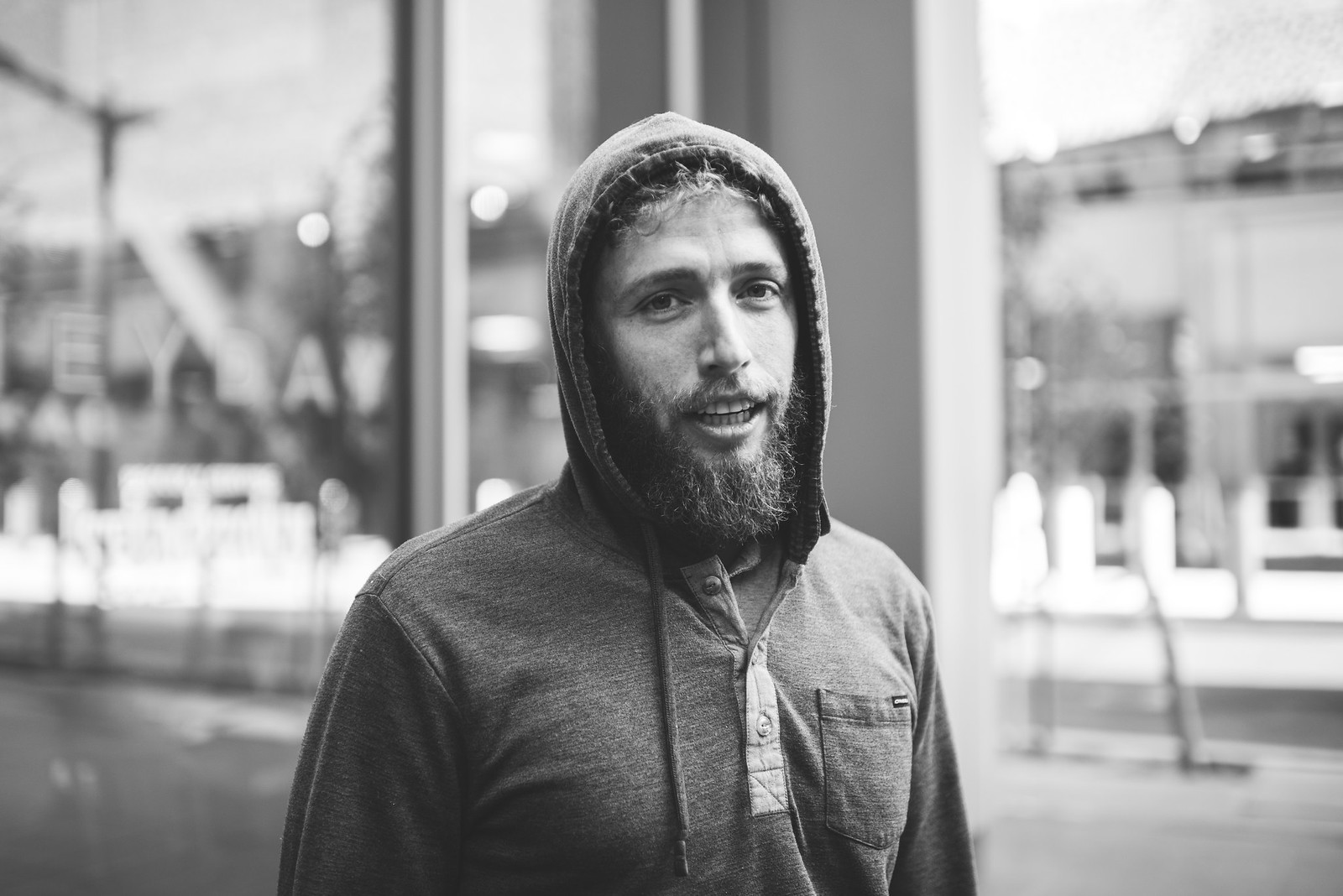 I’m really looking forward to building Input with him, as well as other projects in the future. He’s a humble guy, but don’t let him fool you–he’s filled with wisdom… and humor!