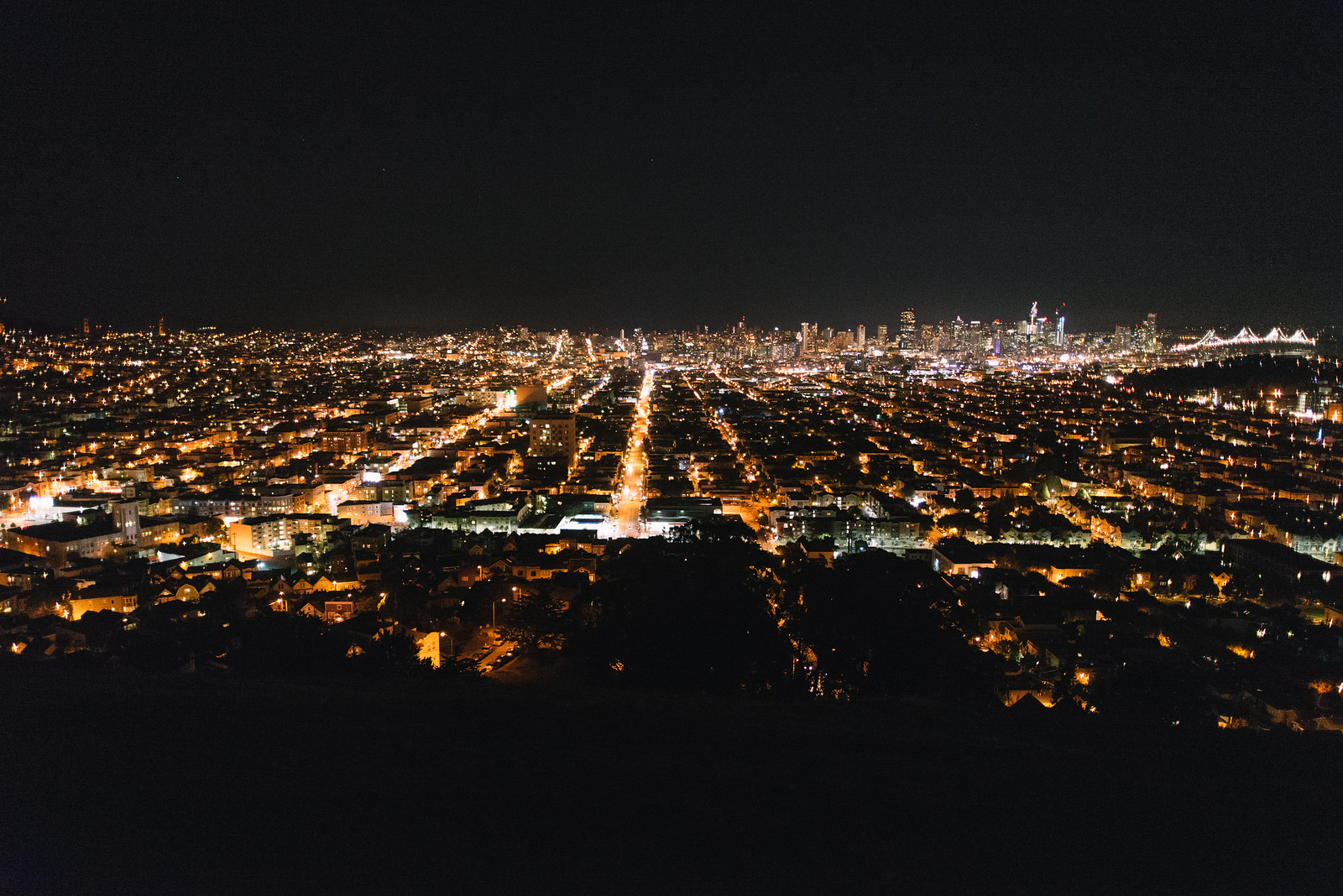 Photo of the SF at night from Bernal Heights

After share tea, we swung by Bernal Heights at night to snap a couple photos.

Bernal Heights remained undeveloped until the 1906 San Francisco earthquake. Built atop bedrock, the hill’s structures survived the tremor, and the sparseness of the development saved much of Bernal from the ravages of the firestorm that followed. The commercial corridor of Eugenia Avenue filled in with shops as the pastureland on the hilltop was developed for workers’ homes during the rapid rebuilding of the city. Some of the tiny earthquake cottagesâ€”which the city built to house quake refugeesâ€”survive to this day, including three which were moved up to Bernal Heights. –Wikipedia

I’m hoping to get some more photos from here soon. Check out similar photos from Twin Peaks.