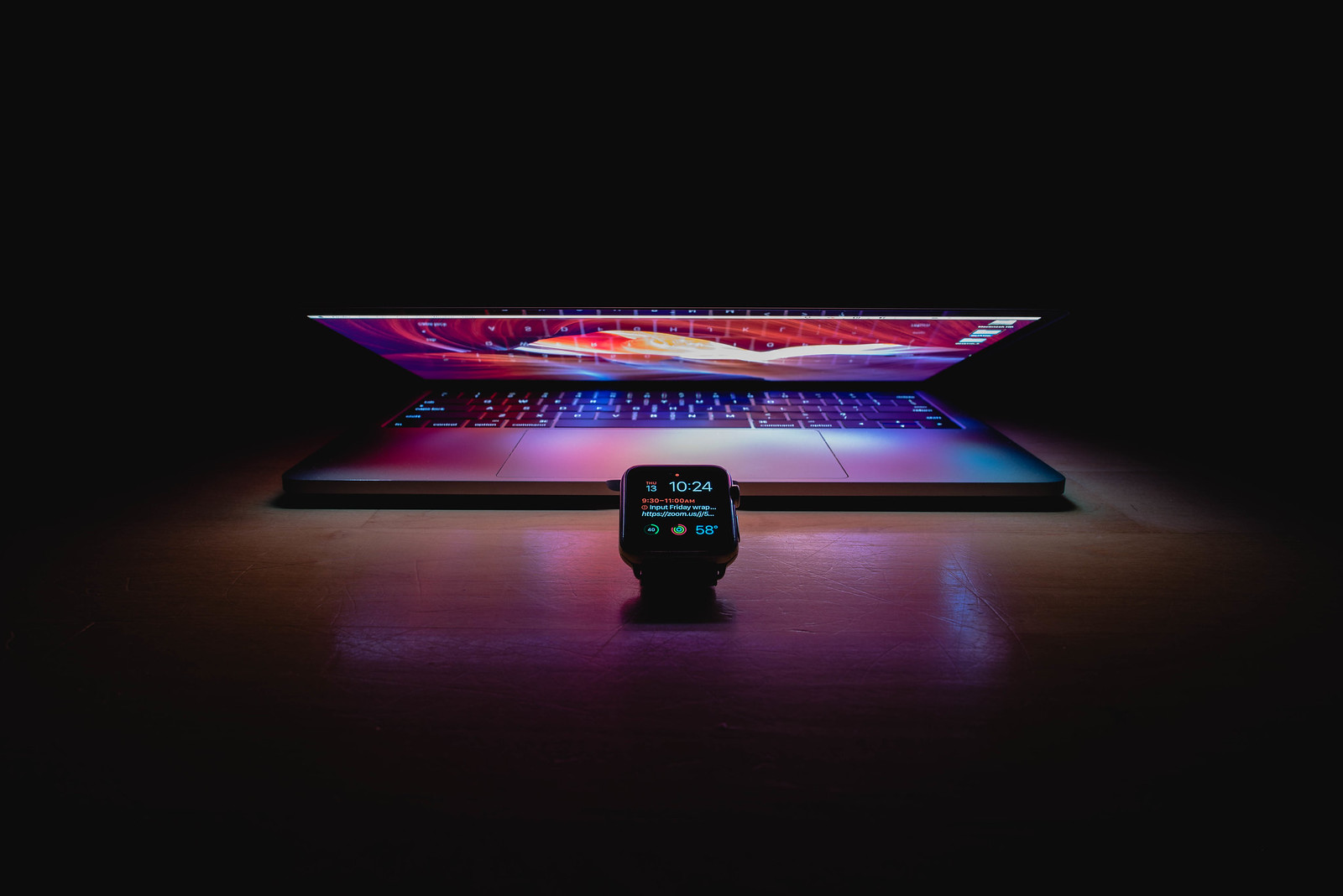 Photo of my Apple Watch, Gen 1

As much as I love my Apple watch, it might be time to upgrade. The series 4 will be able to detect a-fib, a heart condition I unfortunately have. A bunch of my friends an colleagues texted me after the Apple announcement about this feature.

As much as I’d like to rock a classic mechanical watch, having a personal ECG will be an amazing feature. I think I’m going to order the 44mm in black. I really want to get the stainless steel with sapphire, but the watches don’t really hold their value or last that long… so, the lesson learned is to spend less and keep up with tech cycles. 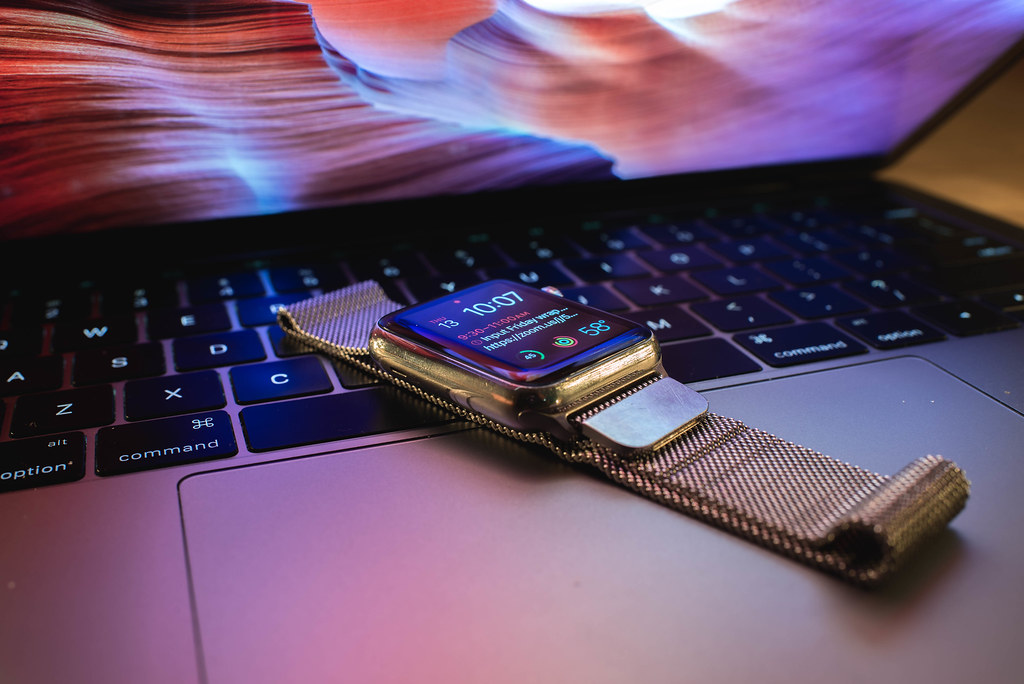 Close up of the Gen 1 watch, with all the battle wounds

For whatever reason, folks in SF hate on the Apple Watch as if it were passé. I personally feel like each generation gets a little better. In fact, I’ve known other watch enthusiasts completely switch over to the Apple Watch.

I just wish that the watches had a little more longevity. Apple is offering me $25 for a trade in. Hah! Anyway, I think Annie said she might get me the new model. *grin* 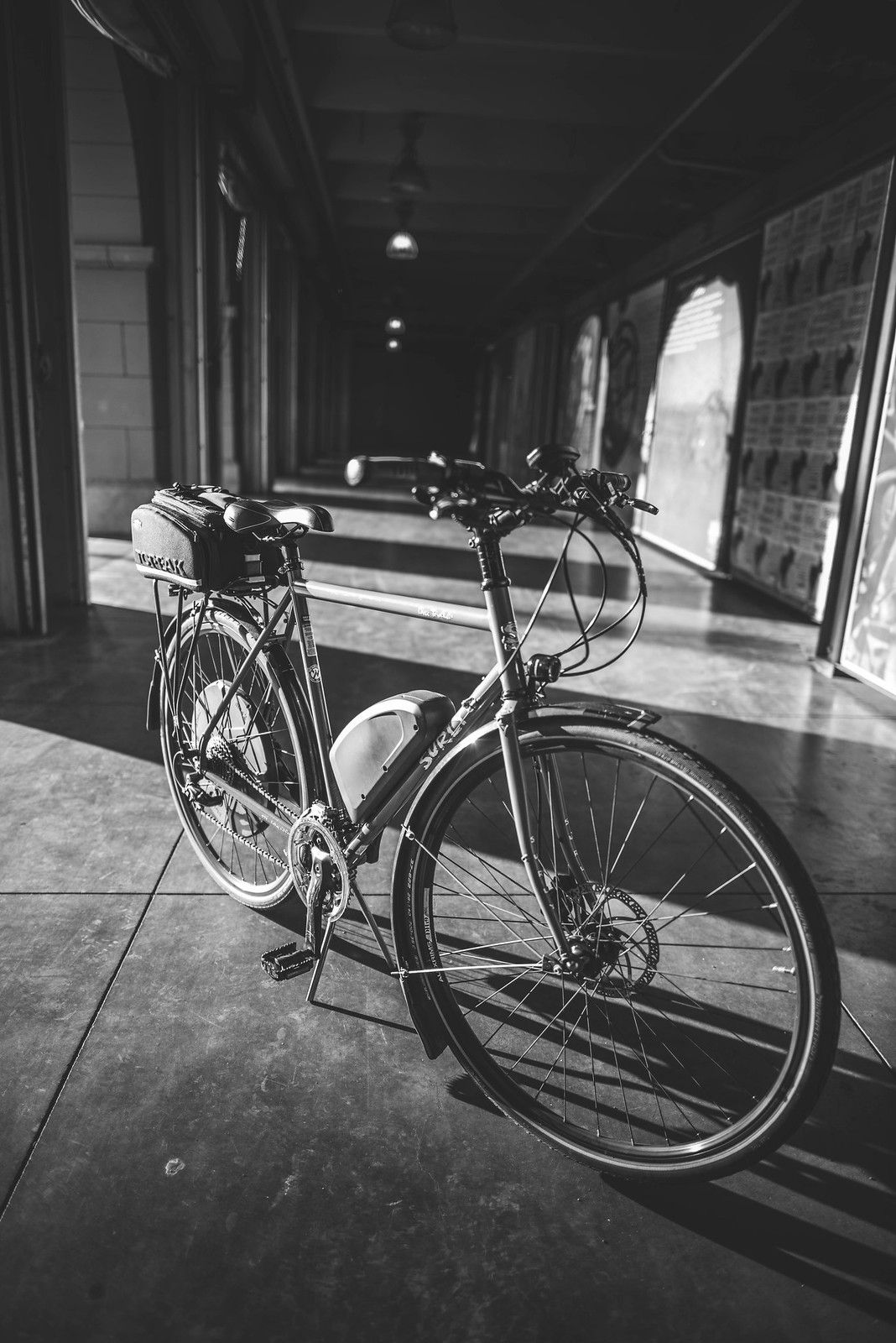 A photo of my electric bike.

1.5 years and 3500 miles later, my e-bike has held up pretty well. I have to say, it looks magnificent in this light.

Ps. I’m hoping to get a bike rack for my car soon so that I can explore some some new trails around here. If you’re in the area and want to go for a ride, let me know!

Is that a woman? 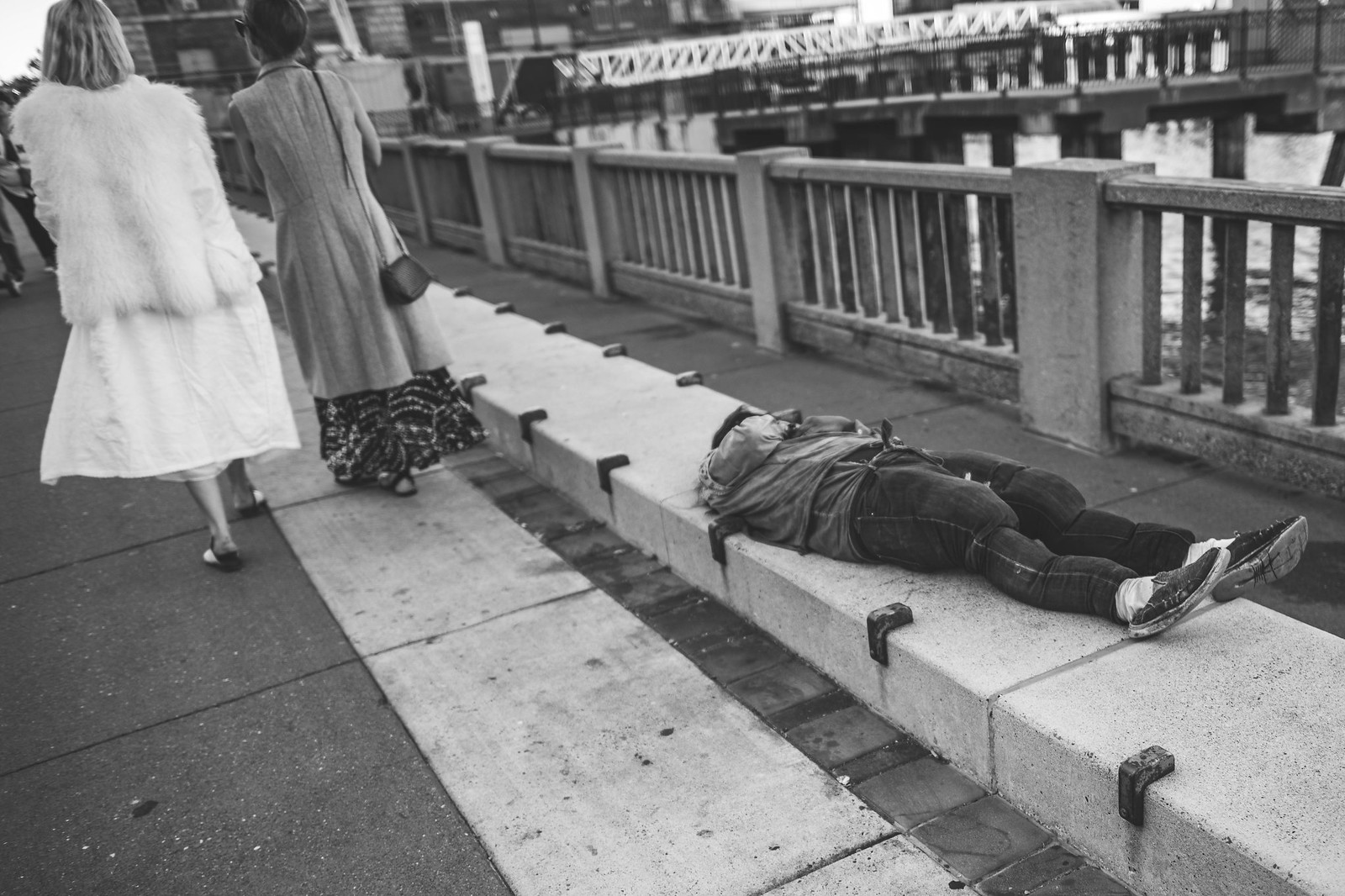 Photo of a homeless person sleeping on the sidewalk along the Embarcadero.

“Is that a woman”, a stranger asked me as I road my bike down the Embarcadero this afternoon. If you look closely, you’ll notice another person in the top left hand corner walking away, wearing a fur coat and having a casual conversation with a friend. 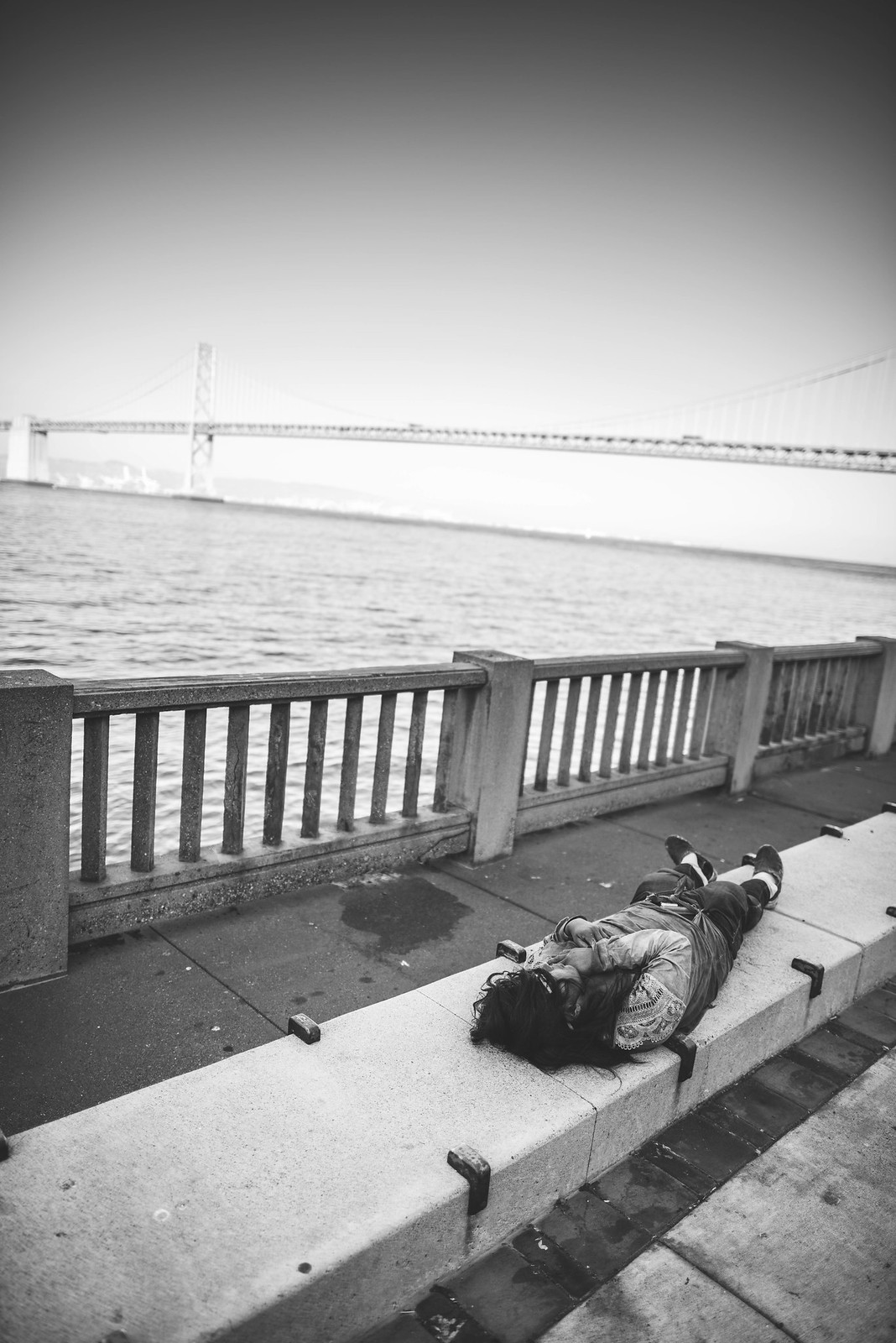 As beautiful as San Francisco is, it’s a majestic backdrop juxstaposed by a reservoir of sadness. I went to the Embarcadero to get some fresh air and clear my mind, but now I’m weighed down by this imagery.

Sorry my blog is a little all over the place. I just share what I think and see. I wish there was more of a theme, but it’s just a stream of my ephemeral thoughts. 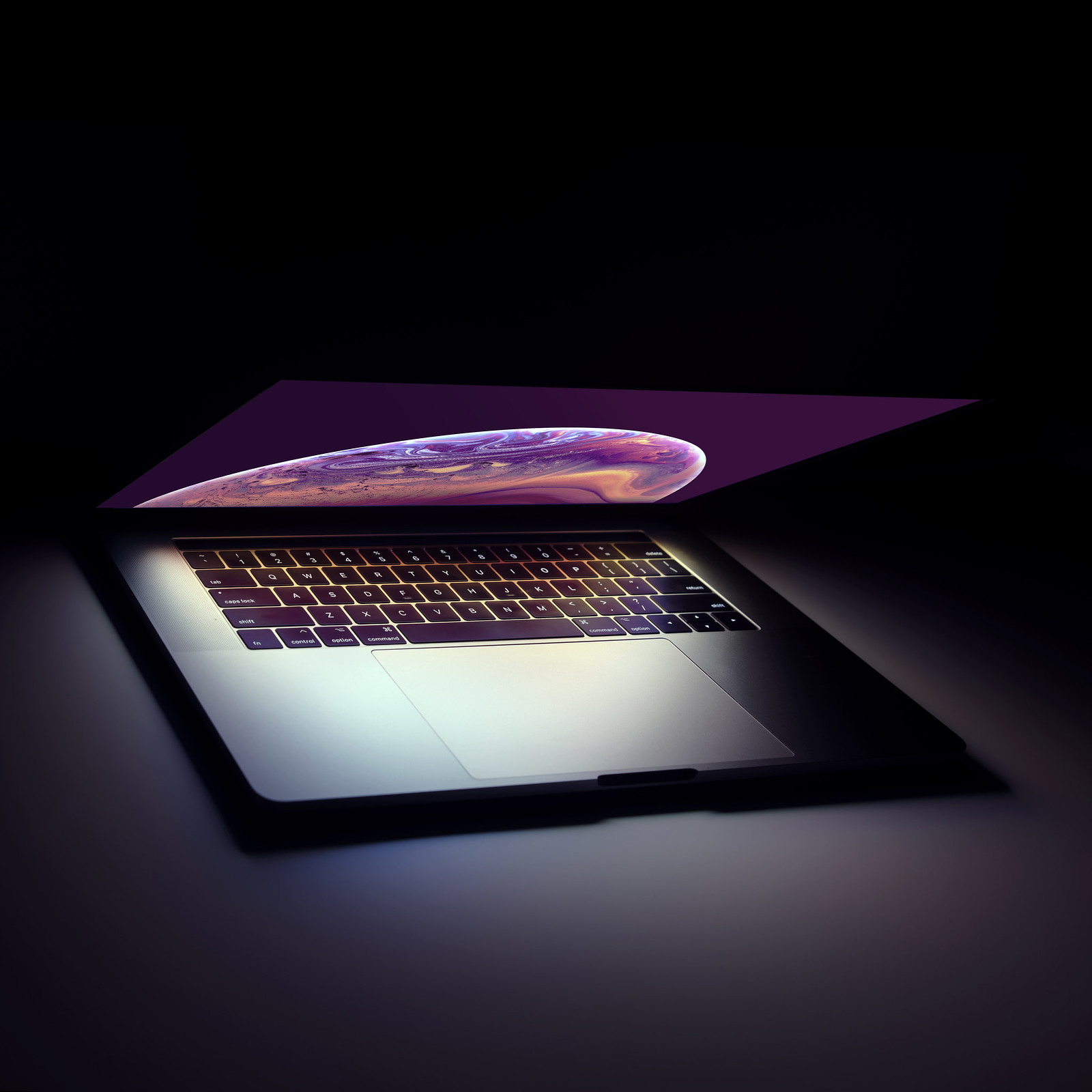 Here’s another photo James and I shot last night of a MacBook Pro.

If you look carefully, you’ll notice that the wallpaper is from a leak from the upcoming Apple announcement this week. This photo was created by stacking two bracketed images together. 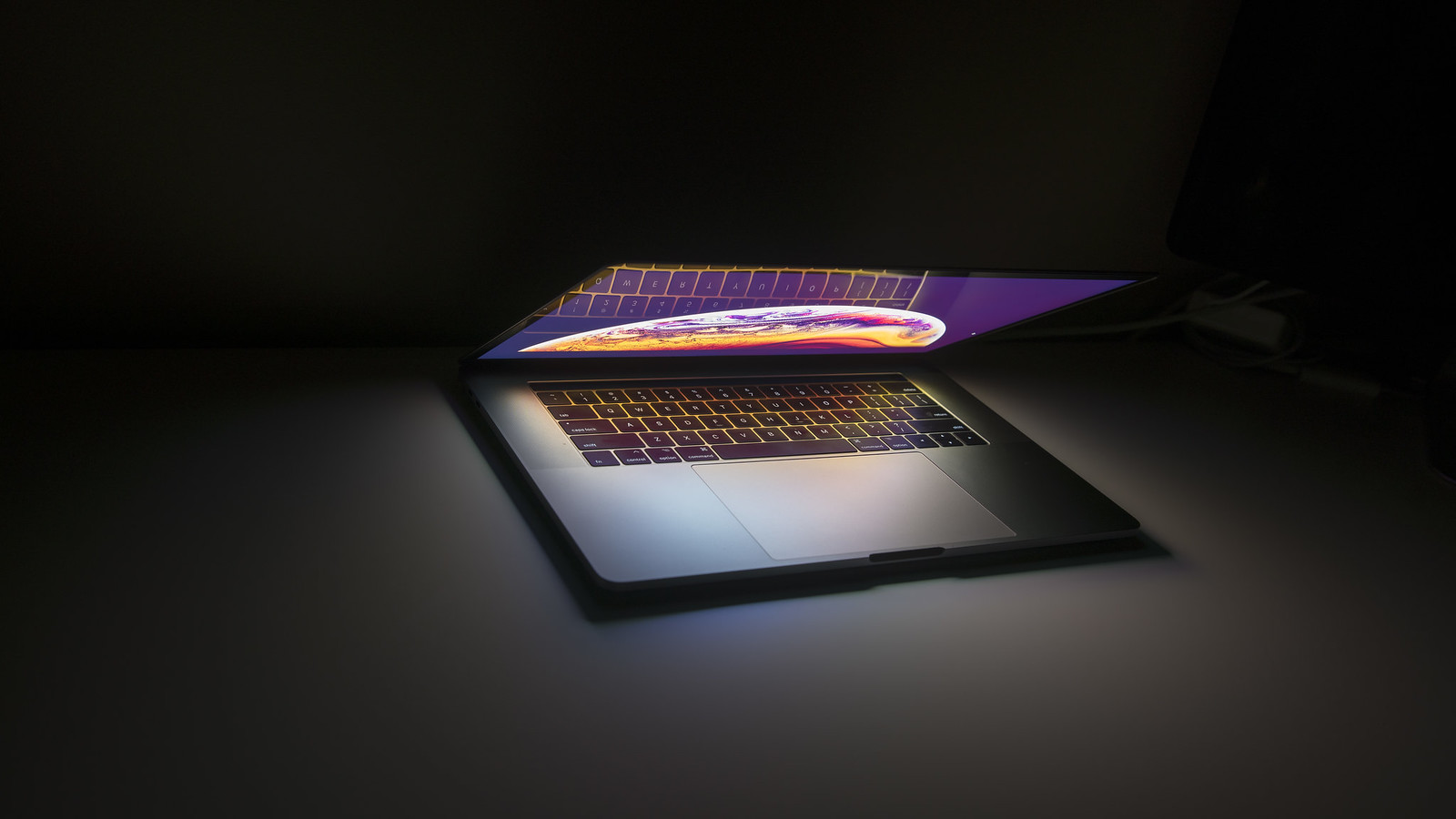 This is the original image straight from the camera.

Shot with an A7RIII and Canon 24-70mm f2.8. If we continue doing more photography, we may need to set up a little studio. More stuff coming soon.

By the way, are you ready for the new iPhone, Apple Watch and iPad Pro announcements this week?

Testing out the Sony A7RIII 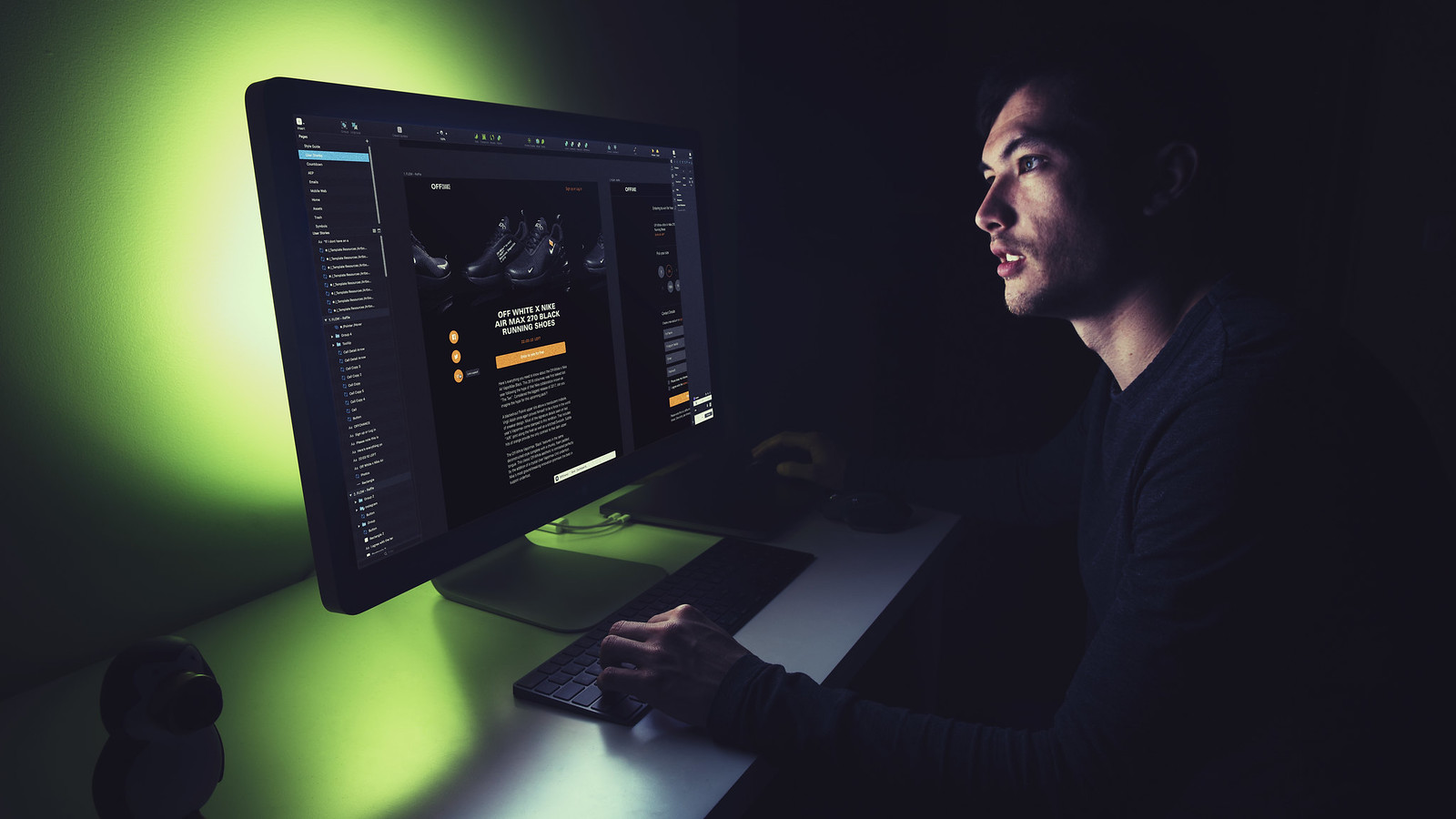 Portrait of James Donovan working late on a friday night.

I swung by James’ new apartment yesterday evening to talk about design and play around with his new camera. He’s got some sweet gear–the Sony A7RIII with a Canon 24-70mm f2.8. The images were essentially straight out of the body, and they’re ridiculously sharp. The camera is amazing, and the low light capabilities are just astonishing.

If I were to shoot this again, I think I would use a small hairline light to help accent the backside of his head. 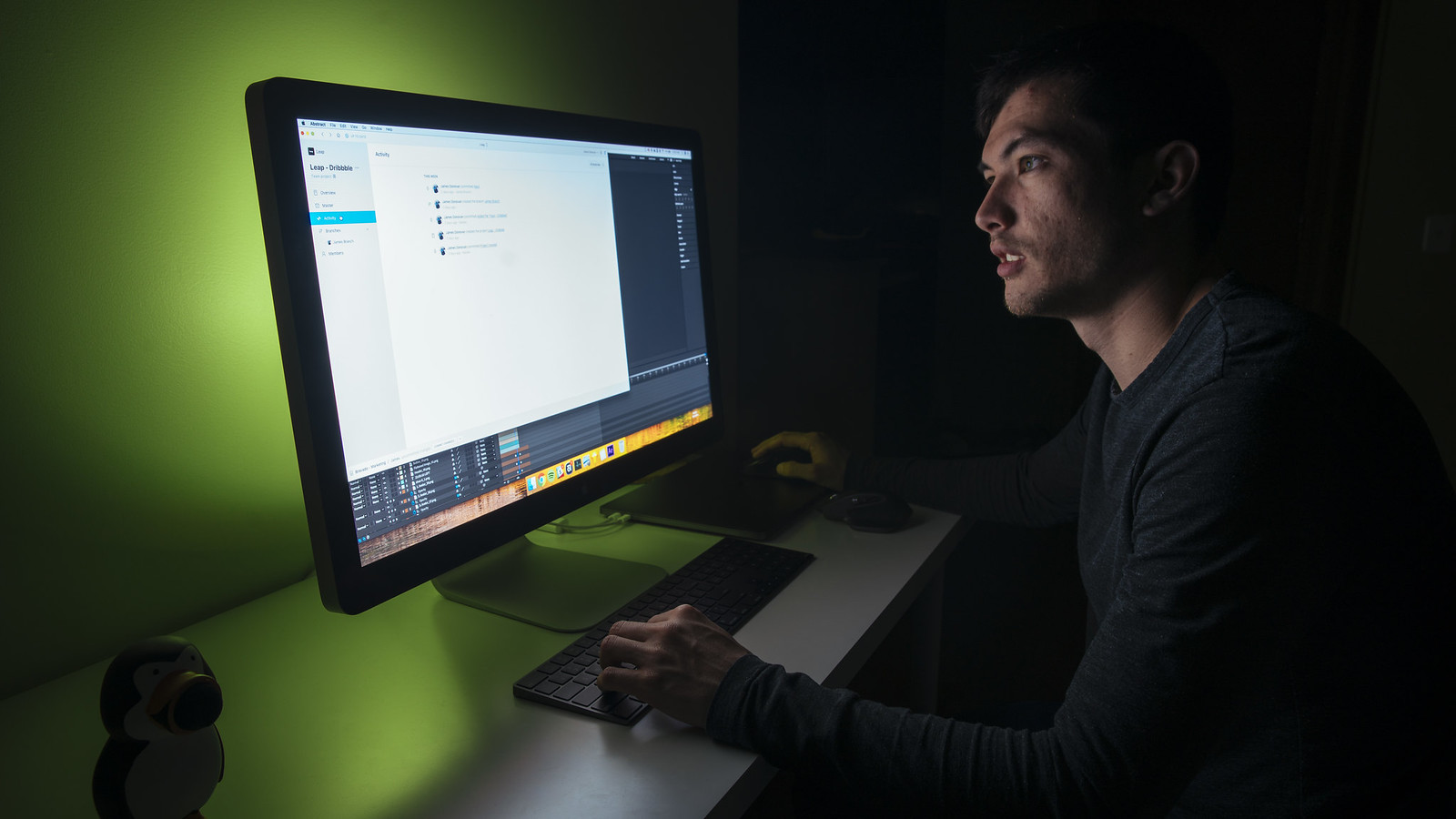 The original image out of the camera, with no retouching.

If you were wondering how I got this photo, I used my iPhone to create a little accent lighting behind the monitor… and I swapped out the desktop image to something darker to create a more dramatic effect. I also did a little retouching to the image curves to create a more cross-processed film feel.

Not a bad way to spend a Friday night.

Okay, I did it–I finally pulled the triggered and pre-ordered the Nikon Z6 (with the FTZ mount adapter). Based on the price, specs and my needs, the Z6 made the most sense.

Let me explain why.

Price
So why the Z6 over the Z7? For starters, the Z7 is $1,400 more. That’s a substantial delta for an amateur like me. The Z7 packs a bunch of additional features, but the biggest difference is the megapixel count (45.7mp vs 24.5mp). It’s hard to justify the price difference because I rarely crop my photos, nor do I print anything the size of a wall mural. For professional photographers, paying a little more is logical because they’ll make it back–more megapixels makes cents (tee-hee). For me, the only thing that makes the Z7 more attractive is that it will be available a little sooner than the Z6.

What will I do with all that saved money? I’ll probably get a backup battery and potentially an off-board video recorder like the Atomos (so I can shoot at 4k, 10 bit, at 4:2:2). And maybe… just maybe… I’ll add another lens to the stable.

Cost of change
The reason why I chose the Z6 was because I already own Nikon glass, a strobe, and a couple of other accessories. Selling off all my gear in exchange for another brand like Sony would come at a loss. By purchasing the Z6, my D600 will substitute as a secondary camera for shooting B-roll or quickly snapping additional photos with a different prime lens. That my friend, adds another dimension to my set up.

If I wasn’t so invested into Nikon, I would have gotten a Sony mirrorless camera a long time ago. In particular, the Sony A7III is a much better value and offers some features that are a couple generations ahead of Nikon like eye tracking auto-focus.

I also know my way around the Nikon interface, so I know how to operate all the nitty gritty stuff. I’ve heard that the Z6 works exactly like all the other Nikon interfaces. Changing platforms means learning a new system–I won’t have to fumble around Sony’s infamous UI. Instead, I can just pick up the camera and start shooting.

It’s my hobby
For me, shooting photos on my phone is fun, but it’s not the same experience as shooting on a full frame camera. Call me old-school, but I’m going to miss the feeling of a mirror slapping on my D600. Perhaps it’s the same reason why I like things like driving manual sports cars and wearing automatic watches–you’re forced to slow down because of the process and limitations. That experience enables you to feel and appreciate things from a different perspective. When I post-process photos, I’m always evaluating why the photo matters. Should it be in black and white? Does it need more contrast? What is the star of this picture photo, and how do I present it in such a way that it provides a better narrative?

To me, photos are critical to the human experience. Photos act as an extensions of our memory, triggering us to recall the smells, sounds and feelings. In that brief moment, time is frozen. I used to shoot photos with my dad’s Nikon F2, but I think I really got into it when I purchased the D200–I had gotten my first big bonus working for a design agency and I sprung for it. While that particular camera body is out of date, the photos I shot have brought back so many memories. That’s the part that’s priceless.

I don’t think the Z6 will automatically make me a better photographer, but it’ll act as a tool to continue exploring the world, the people, and savoring each moment a little more… one picture at a time.