Jamming with James and Juan at Expa.

It was cool jamming with these guys this afternoon. Their passion for design is just infectious, and I feel I’m learning a tremendous amount from this group.

Setting up all the fonts now so I don’t have to do it again later.

As much as I want to jump ahead and design new features on Input, I actually have to take a step back and clean up our sketch files and really look at the entire system. Since we’re redesigning everything, I’m taking the time to set up everythingâ€”the fonts, the spacing, the symbols, and the asset naming. The future is looking brighter.

I’m hoping I can keep the system as simple as possible. It’ll evolve over time, but I’d like to stick to a foundation that we can build on top of for the years to come.

Comments refinements on Facebook before (L) and after (R).

Vitor shared an article with me recently about how FB did a ton of testing and research to arrive at their latest design iteration. It’s pretty amazing how dozens of small refinements working together can make a huge difference.

Small changes, like a few extra pixels of padding or the tint of a button, can have large and unexpected repercussions.

On a side note, it looks like Facebook has integrated a ton of design cues from Instagramâ€”rounded corners, chat-like comment bubbles, outlined icons, and overall a lighter interface.

I’m currently working on a comments feature as well on my project and I’m going to borrow some design cues from our friends at FB.

Revised version of comments, following a similar style as FB

I think that the icon shape, bubbles, and avatar sizes creates a better visual hierarchy. I’m pretty sure I’m going to change it again in the future, but this looks like a nice improvement. Anyway, we have some good stuff coming soon. Really looking forward to shipping this new design.

Hanging Out With SF Designers

James Donovan and #squad doing a design review during lunch.

I spent the majority of this afternoon hanging out with some other designers in SF. The caliber of talent here is amazing. I had a great time doing a design review and talking about trends, philosophy, and our current challenges as designers.

It was refreshing and these guys lifted my spirit. They were passionate about design… and they really cared about the details. They’re also specialized at what they do–like a surgeons knife–illustrators, systems design, visual design, interaction, etc. It’s fascinating to see how deep their expertise goes in each discipline.

It’s been a while since I’ve had a chance to do a design review with other creatives. A lot of times I’ll get feedback from people, but you really have to un-package what they’re trying to say. I enjoy the challenge, but working with folks in the creative field gives you a chance to talk in the same language. Sometimes it’s nice to talk about pixels. It was a breath of fresh air and it makes me want to step up my game when I hang around these guys.

Circular is the new Helvetica.

As far a design trends go, we felt like certain fonts like Circular have been pretty much adopted by everyone. AirBnb was one of the first to really make this font mainstream, but it’s pretty much everywhere now. Even Atlassian is using it–check out their graphic standards manual. Eeeeeeveryone is on the circular train. But my god, it looks so good.

Again, it seems that this trend has been going strong for a while, and we’re starting to see everyone adopt it. Not to pick on Atlassian again, but they are also using this exact style in their illustrations. Even Uber uses a variation of it if you scroll down parts of their site. Same goes with Evernote, and our friends at Shift.org. It’s hot right now.

One of the more popular styles that’s starting to catch on is isometric illustrations and renderings. And the folks that can add subtle animation to it are the champions.

I’m really digging this style of photography, and I love how the background color matches the color of the model’s sweater. I think the other important thing to notice is that the model has a tattoo and a little swagger. He feels human–a person that you could approach and talk to. The last thing to note is the lighting seems like it’s coming from a single source, most likely a large lightbox/strobe. The entire photo is sharp, so they’re probably shooting with an 85mm at f8. The edges are crispy, and the exposure is perfect. I’m going to see if I can replicate this on my own… heh.

Aaaaaaaand, the people that add some subtle movement to it are going to be the champions.

Ps. if you want a little more inspiration, you should check out these other two sites:

Pss. After hanging out with these guys, I’m wondering if I should do a video series of designers talking about their tools, process, and potentially doing design reviews of new products. I wonder if other designers would geek out watching them pixel push their sketch files. Selfishly, I want to pick their brains and learn all their trade secrets! Hah!

I’m excited to announce that I’ll be teaming up with Expa as Designer-in-Residence. I’m looking forward to working with the partners, awesome engineers and entrepreneurs to create new companies.

I’m thrilled to be joining efforts with this gang, and they’ve given me a warm welcome. I’d like to thank Annie, my family, my friends, and everyone following me for all their support over the last few days. I’ve read all your messages, and I hope that I’ve responded to everyone. Thank you! ^_^ 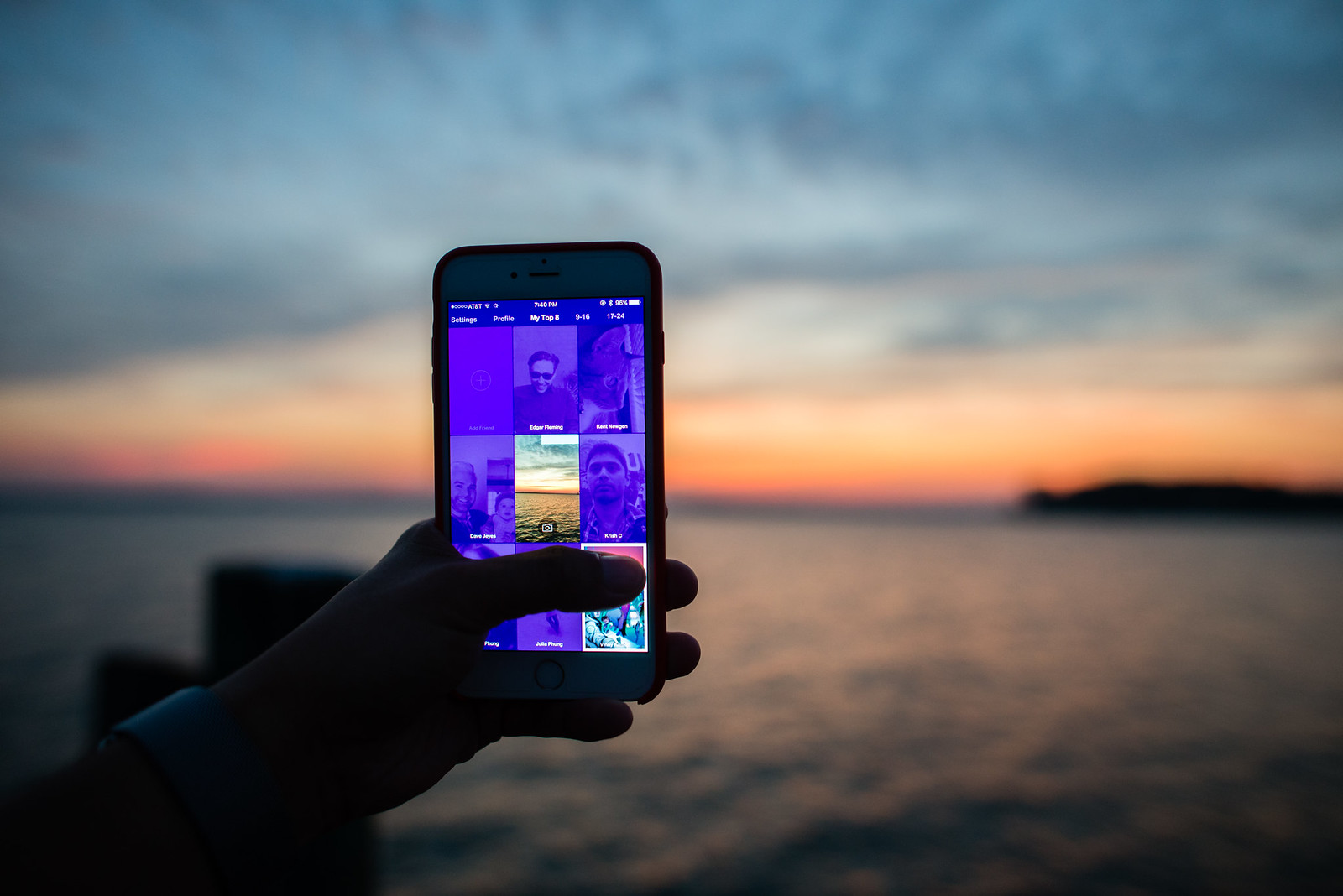 Bunch beta was released a month ago, and since then we’ve made a couple of tweaks based on user feedback. Thanks to all our beta users for providing us insight, and kudos to the Bunch team for making the updates. If you haven’t tried it out yet, you can download it here.

I’m incredibly proud of the app, and I love using it with Annie, Vinny and my friends. The question is whether the app is useful and appealing to other people around the world.

The biggest bit of feedback we got when interviewing users is that they didn’t know how to message. We spent time improving the first time experience, hopefully to show users how messaging can be done easily by pressing and holding. This is the #1 issue we’re hoping to address in this update.

We’ve also made it so that you can add more than 8 people. For users that initially joined and had a ton of friends message them, this was a huge pain point. I know for a fact that I was having trouble messaging people that were outside my top 8.

Anyway, I’ll share more on lessons learned soon. Until then, try the app and let me know what you think. If you don’t have anyone to message, just add me as a friend. Search for “Jeff Wong”, and we can message each other. ^_^