~1 Year Since My Bike Accident 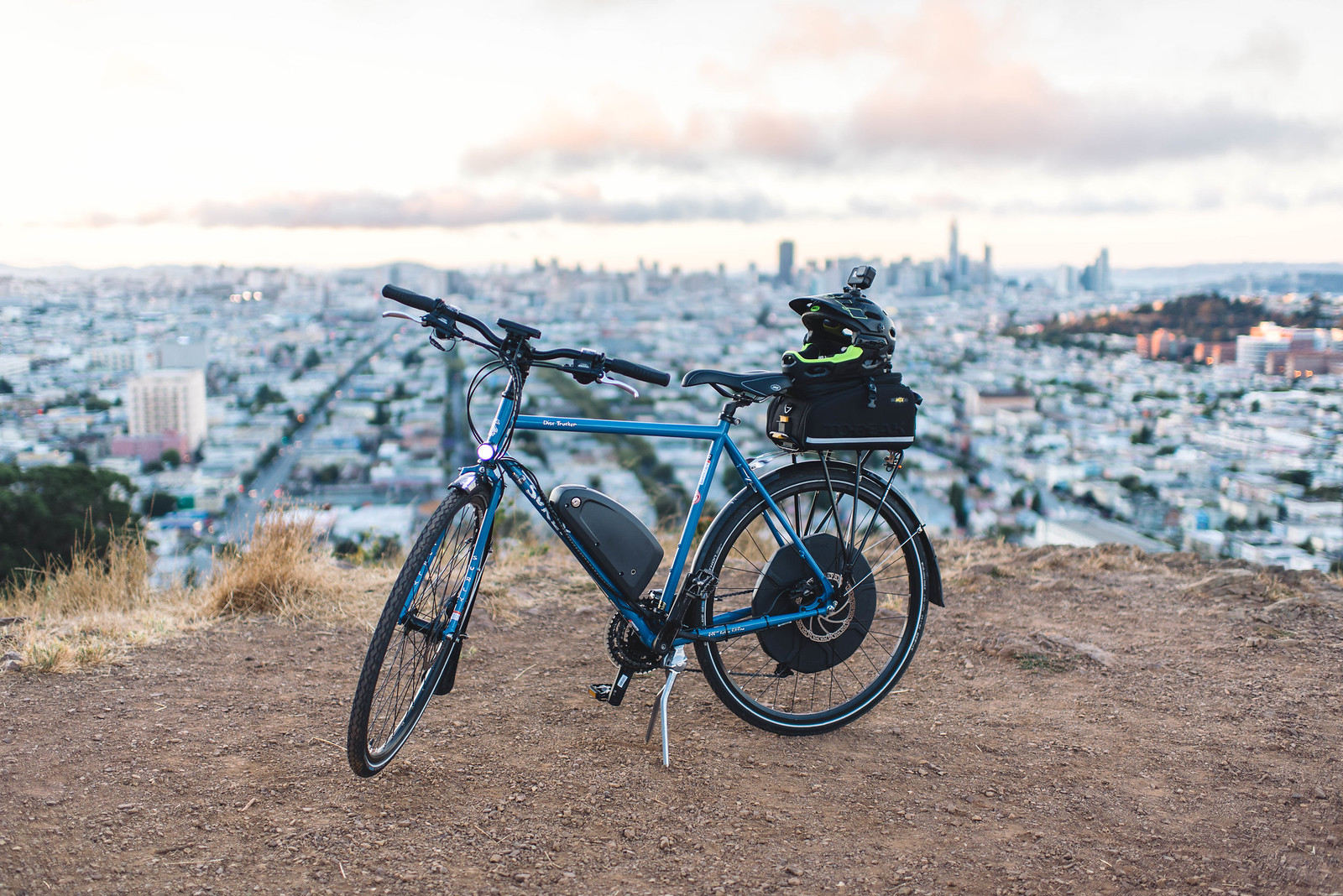 Photos of my bike with an updated Surly touring frame.

I can’t believe it’s been about a year since my bike accident last year. For those of you who don’t know, around this time last year, I got in a nasty bike accident last year which left me with stitches, a concussion, two chipped teeth, and a damaged bike. It was pretty rough because it overlapped the time when I was shutting down Flare and transitioning to a new project. Thankfully, I had insurance and a strong support network here to help me out.

I made a fast recovery… and when I was able to ride again, I made a video that documented my crash as well as an issue I had with my bike. This all happened last year, but I’m finally getting around to sharing this video one year later.

One of my first vlogs on youtube I created last year.

Anyway, everything is okay now. Since then, I get my bike serviced once a month to make sure all the parts are in working order. I also got a full face helmet along with a GoPro to document my daily commute.

By the way, since last year, New Wheel (the company that sold me my e-bike), replaced my damaged frame free of charge. I had to twist their arm, but they stood by their product and rebuilt my bike after the rear wheel dislodging. So, if you’re in the market to get an electric bike in San Francisco, I’d recommend them.

So, I ride super conservatively now and I avoid questionable conditions.

HOWEVER, Google Maps managed to navigate me through a really sketchy path. I would say this felt as sketchy as walking around in the Tenderloin at night. I really wish there was a checkbox on Google Maps that says, “Avoid Sketch AF Routes”. Since I’m sharing some crazy videos, here’s another one…

While I love San Francisco, there are times that I’d like to get away from the craziness. I live in Bernal Heights now, and it’s pretty safe/clean… but all you have to do is walk a couple streets down the hill, and it gets seedy.

Okay to lighten things up, here’s one more video of another bike ride. This is a time lapse of a bike ride I did with Patrick from Sausalito back to Bernal Heights.

Timelapse video of a 56 mile bike ride from Sausalito to Bernal Heights.

Hopefully you won’t get too dizzy watching it. It kind of starts smoothing out once we go over the Golden Gate bridge. Next time I’ll see if I can run these kinds of videos through a hyper lapse filter to remove all the jittering. Enjoy!