I’m not sure what compelled me to do this today, but I wanted to do a quick comparison between my iPhone 7+ and my Nikon D600 to see which one did slow motion better.

Same shot, but from a different angle on the iPhone 7+.

While my Nikon was outfitted with a 35mm f1.4, I had to shoot at 720p in order to get 60fps. While I lost a lot of resolution, it doesn’t look terrible. On the other hand, the iPhone boasts awesome slow motion performance, but the feeling isn’t as cinematic.

Now I’m really curious to see what it’ll look like show with my 58mm. In addition, I think it would be cool to try doing a portrait photo with a light pattern casted from some window blinds… or maybe even play with a prism to get a cool rainbow effect running through the smoke.

More importantly, I’m thinking about using this kind of stuff for b-roll when I make a real video in the future. Anyway, enjoy!

Time Lapse of the Night Sky Above the Dock 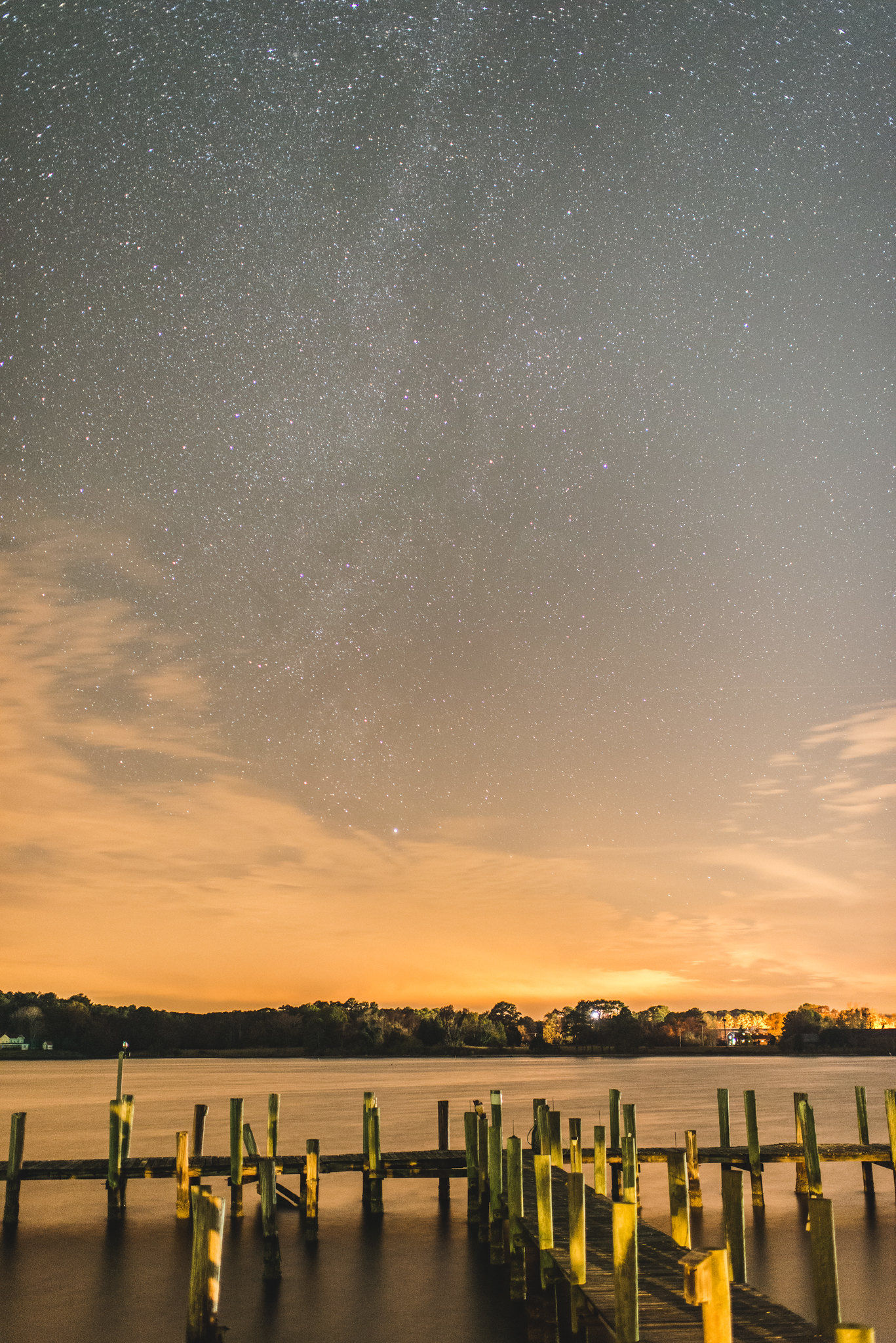 A photo of the night sky above my parent’s dock at the river house.

I shot a time lapse video last week. There was a bit of overcast, but the overall result was nice.

I might have to pick up an ultra wide angle at some point. This was shot with a 35mm, which was nice, but didn’t seem to capture enough of the sky.

Unfortunately, the last two night skies have been filled with overcast. I’m actually surprised I was able to snag a photo of Andromeda.

By the way, if you haven’t seen it already, there’s a pretty cool video that shows the Andromeda galaxy in an amazing amount of detail. The fact that it’s over 2.5 million light years away blows my mind. I’m really hoping I get get a better picture of it in the future.